White Whiskers partners with individuals, shelters and rescue groups to find forever homes for dogs in their golden years. 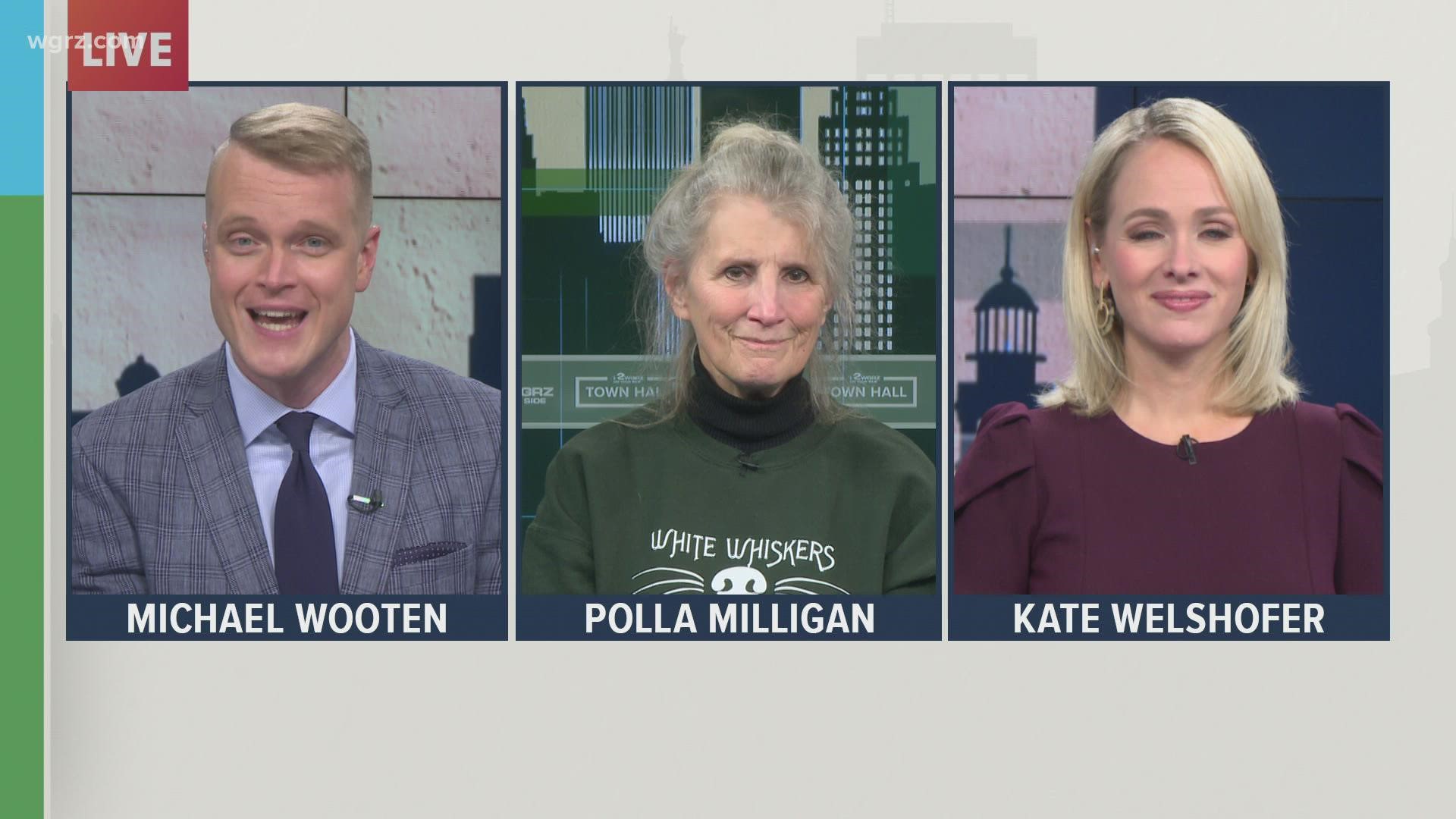 BUFFALO, N.Y. — If we are lucky, all of us will get old someday, and that includes our beloved dogs as well.

According to WebMD, smaller breeds such as Dachshunds and Yorkies reach their golden years around seven years of age, while large breeds like Great Danes and Golden Retrievers achieve senior status by the time they are about 5 or 6 years of age.

Like people, the cost of caring for a senior pup can increase as they get older, leaving many financially struggling owners to often surrender their aging animals to a shelter or rescue. In some cases, owners pass away or move into assisted living and the dog gets left behind with no one else in the family able to care for it.

November is Adopt a Senior Pet Month. Petpedia.com says among the 625,000 animals euthanized in shelters in 2019, senior pets make up the largest part of that group. Why is that? Cute, wiggly puppies are hard for many potential adopters to resist, causing the older, quieter ones to often be overlooked.

One woman in WNY has a dream to change that. Polla Milligan is the founder and president of White Whiskers Senior Dog Sanctuary. Milligan worked at the Niagara County SPCA for five years and says dogs have been her passion since she was a little girl.

During her time at the SPCA, she saw a lot of older dogs come into the shelter for some of the reasons cited above.

"That broke my heart," Milligan said. "I’ve always been the kind of person that would walk into an SPCA or a rescue and say give me your dog that is least likely to get adopted."

Milligan knows of what she speaks. She is currently the proud dog mom of an 18-year-old mix named Lucy, a puppy mill rescue, an 11 or 12 year old hearing and vision impaired Newfoundland/Lab/Chow mix called Bear and her latest senior addition, Bunny, a stray that was never claimed.

And that is how the seed for the senior sanctuary was planted. With experience in fundraising, grant writing and event planning, Milligan, with help from her 12 member board, got to work. The organization was granted 501C3 status on Christmas Eve in December 2019. Then came COVID.

"We had to cancel 13 events that we had scheduled, which was really disheartening," Milligan said.

But Milligan, a self-described 'determined sort' did not let the pandemic slow her down.

"I will try to make money out of anything- so we’re having spare change drives, can and bottle drives, selling shirts, anything I could think of," Milligan said.

Now after nearly two years, Milligan’s dream is on the verge of becoming a reality. Earlier this month, she and her ‘wonderful’ Board of Directors, some of them seniors themselves, put in a bid on a house and it was accepted. Next, White Whiskers must apply for a special use permit allowing them to house up to 25 dogs at a time.

"I honestly want a wonderful, warm, comforting peaceful place. Not only for dogs, but also for humans," Milligan said. "I don’t want kennels. I want a nice, big open area with old sofas and old dog beds where dogs can just kind of wander around and lie down. I’d also like an outdoor patio with a covered area so that if it’s hot, they can be under cover. I want a kitchen so that when people come to volunteer or hang out, they can make themselves a cup of tea or stash a lunch. I want everything wheelchair accessible."

"This is going to be a haven for the dog deprived. If you live in an apartment or you’re on the road and can’t have a dog but love them, come spend the day with us. I want it to be a place where people with depression and anxiety can come and get some solace. I want to have group grief sessions for those that have lost their animals. I think that’s an area that often doesn’t get enough attention."

While she waits for news on the permit, Milligan and White Whiskers have reached out to local rescues and shelters and offered them use of the its adoptable page for senior pups they are trying to adopt out.

"We’ve happily adopted out 90 dogs from them, dogs with Cushing’s Disease and all kinds of problems," Milligan said.

Petpedia says here are some of the reasons you may want to consider bringing a senior dog into your life:

White Whiskers is holding a Holiday Party & Basket Raffle presented by Life Storage on Saturday, Dec. 4 at the Sikora Post on Payne Avenue in North Tonawanda. It runs from noon until 4 p.m. and features chowder, baked goods and Christmas crafts. For more information on this and other fundraisers the group is holding, click here.

The humorist and lecturer Josh Billings once said, "A dog is the only thing on earth that loves you more than he loves himself."

While their whiskers may turn white and their eyesight dim, what never changes about a dog, no matter how old they are, is the love they continue to give us unconditionally. Just ask Polla Milligan. 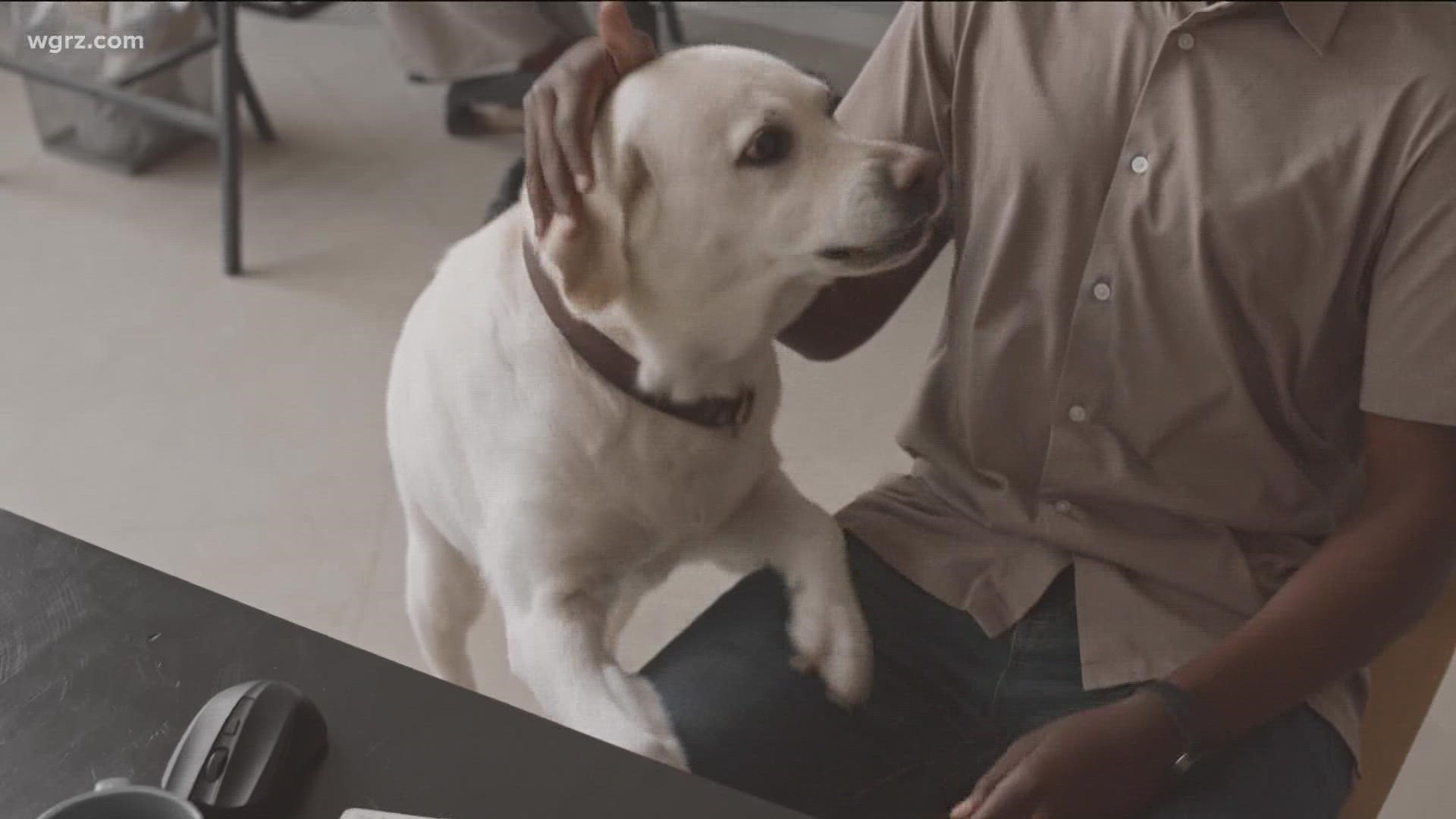