Saturday was a day filled with some sadness, but also generosity and hope, at the Ten Lives Club in Hamburg. 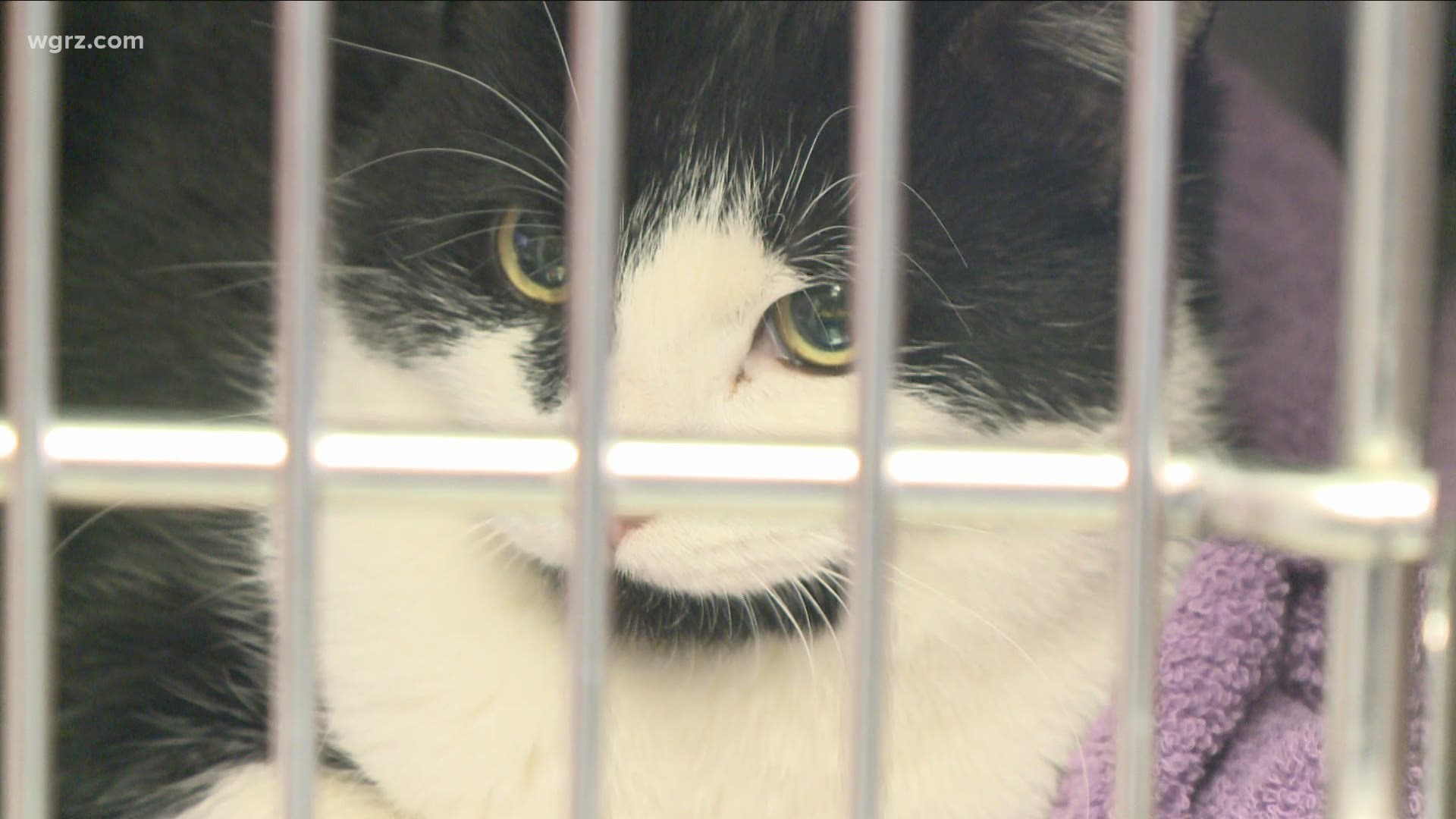 HAMBURG, N.Y. — Saturday was a day filled with some sadness, but also generosity and hope, at the Ten Lives Club.

The organization was holding a fundraiser at Zittels in Hamburg this weekend, to support their mission to help "bring healthy cats into happy homes."

The Ten Lives Club's mission was highlighted by a call it got Saturday about a young cat who was found trapped in a fox trap in Medina.

The shelter named him "Noelle" after his original owners couldn't care for him but wanted to find help.

The little guy suffered a compound fracture to his front paw. The shelter says amputating the paw is necessary, but he'll be OK.

"He'll have a pretty good shot at the healthy life without having any other injury, but he will be limited to being an indoor cat so he doesn't get injured again," said Dr. Sharon Fisk, the shelter's vet.

He's currently on painkillers and antibiotics, and on Sunday, he had his surgery. When Noelle was nursed back to health, he was put up for adoption. The shelter estimates that he is about one year old.

The shelter says the money from events like this weekend's help pay for situations just like this one. A surgery like Noelle's would normally cost more than $1,000.

For Noelle and the shelter, Dr. Fisk will do it for much less. Ten Lives Club will help Noelle get back on his feet, now three, and help find him a family that is ready for a cat with a disability.

Noelle's story, and the work Ten Lives and Dr. Fisk does even inspired Zittel's owner on Saturday.

Ten Lives says Zittel's donated a Christmas tree to Dr. Fisk, as they were inspired by her coming in on her husband's birthday, which she had off, to care for little Noel.

Zittel's also donated $5 for every tree sold during the weekend event to Ten Lives.

This story has a happy ending for Noelle too: he was adopted just before Christmas.

Ten Lives Club says that they're still accepting donations to help Noel and cats like him. To donate, you can visit tenlivesclub.com/donate, mail a donation to P.O. Box 253 in North Boston, NY, or call (716) 646-5577.