Two patrolmen and animal rescue were able to recover the dog from the waist-deep water, where the pup was clinging onto a branch. 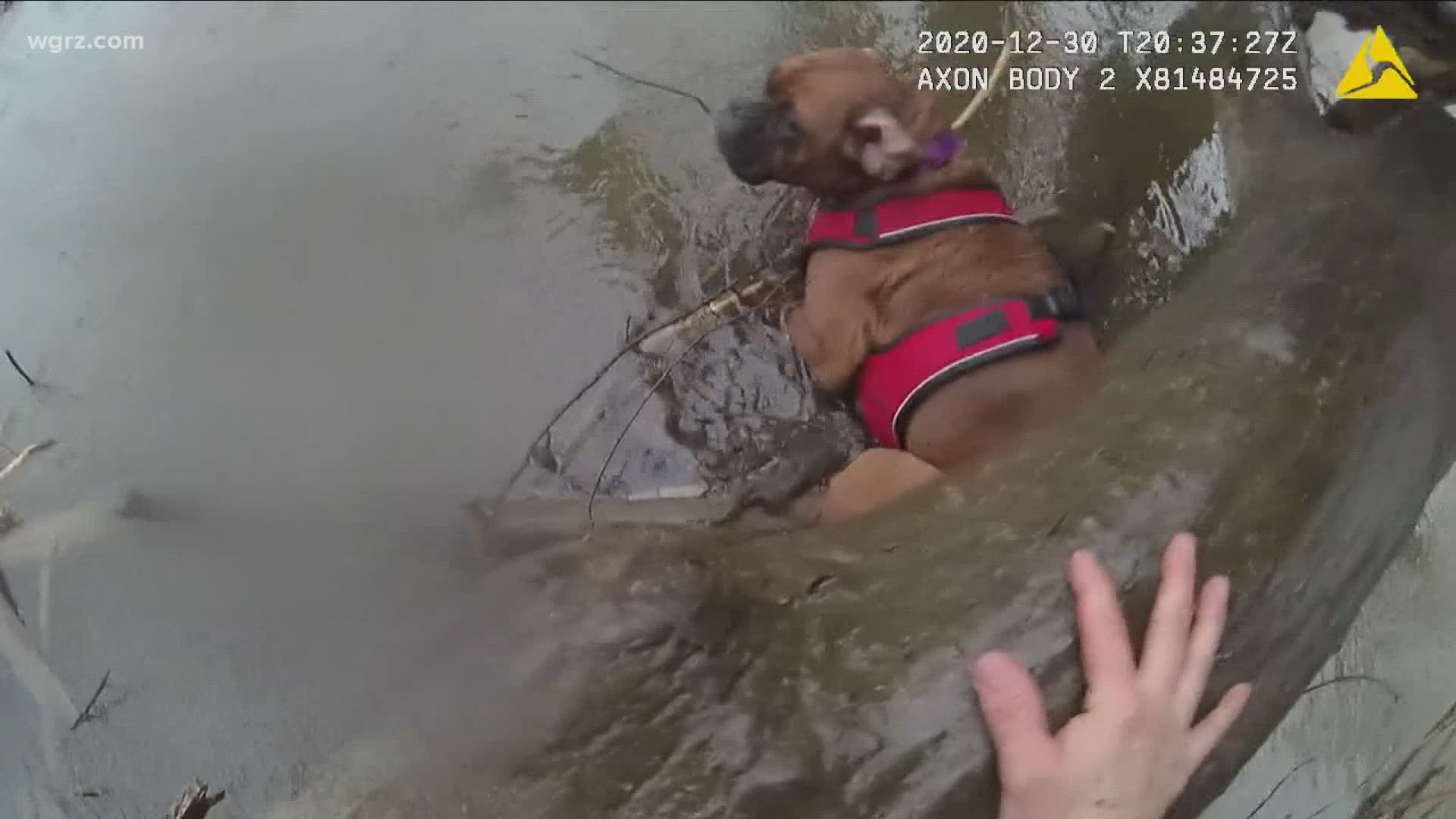 CHEEKTOWAGA, N.Y. — Cheektowaga Police say they had to rescue someone's furry friend from a creek on Wednesday.

The dog's owner, Cheryl Pietromicca, said she was taking her boxer Gracie to a veterinarian when she got loose.

Pietrimicca said she only owned Gracie for three weeks after she was rescued from a puppy mill. She said the dog was very scared and needed to be carried into the vet.

"A couple of staff members came out to help me because we knew we were going to have to carry her into the building, and as soon as the hatch released, she just pushed through the latch and just bolted. And she was not coming back," Pietrimicca explained.

A witness, an employee of the veterinarian's, had seen the dog in Ellicott Creek and called 911 but the dog was no longer in sight.

Cheektowaga Police arrived on scene, near 4822 Genesee Street, around 3 p.m. and began checking the creek, which had a steep bank and was in the woods.

Patrolman James Rutkowski was behind 1014 Rein Road when he heard the dog and found it clutching onto a tree in the creek. Rutkowski sprung to action and got in the waist-deep cold water to retrieve the dog.

"I was there first. I had heard it. I went over there, and I had seen its harness was stuck on a branch of some sort from a log. So I thought, 'Hey, I'll just keep eyes on it, we'll contact other resources to get into the water," Rutkowski said.

"I had turned away for about a second, and it was apparent that the dog had moved, so I thought before this dog gets rushed down the river I better get in there and get a hold of them."

Another patrolman, Troy Blackchief, came on scene and also joined Rutkowski in the water for the rescue. They were able to lift the dog out of the water and get the dog to safety with the help of animal control.

"They are absolute heroes, I cannot express in words how thankful we are. They went above and beyond in every way," Pietrimicca said.

The rescue was caught on the officer's body camera. You can watch it here: 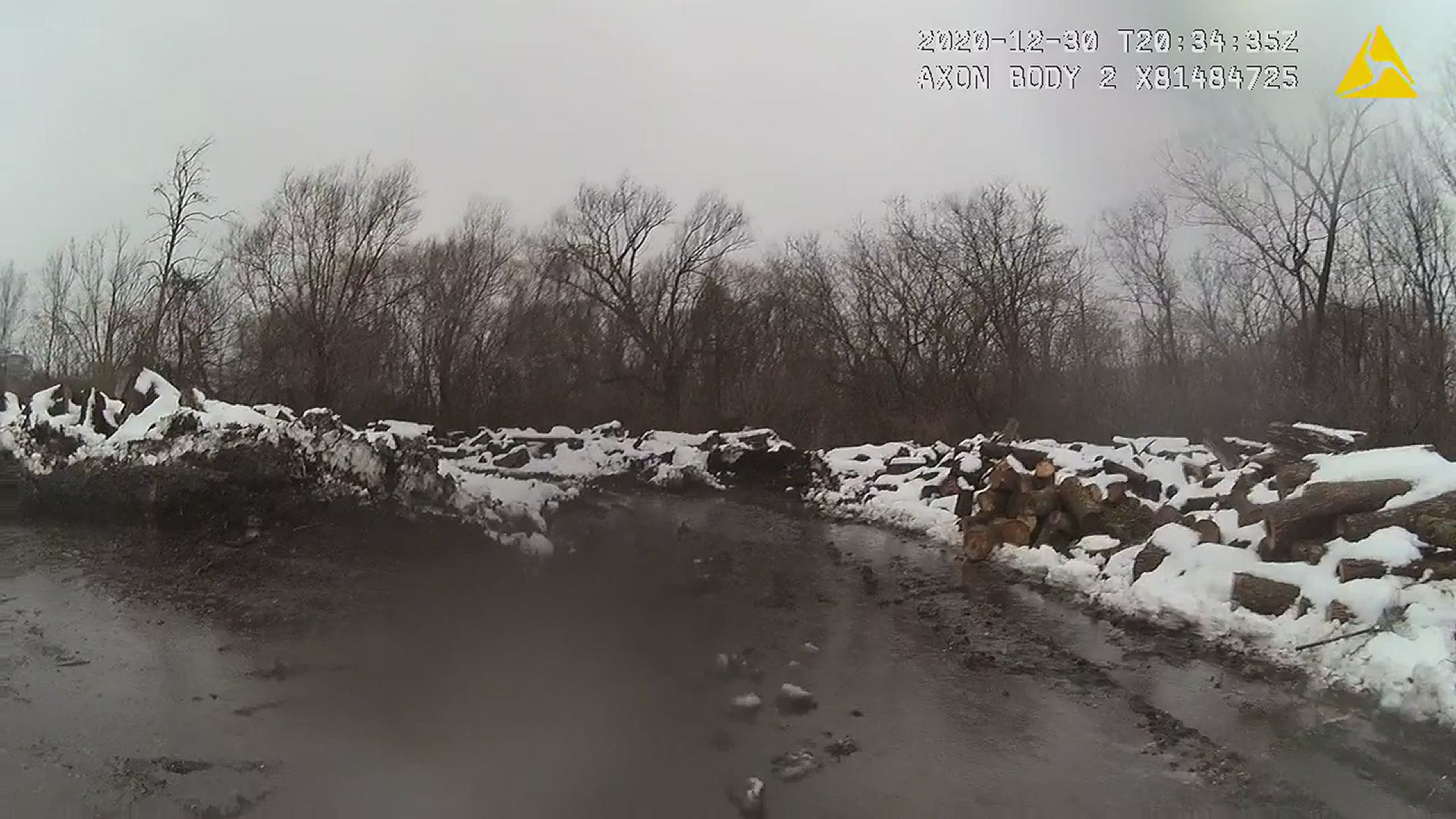 The dog was returned to his owners, who foster boxers. They brought her back to the veterinarian to be looked at. 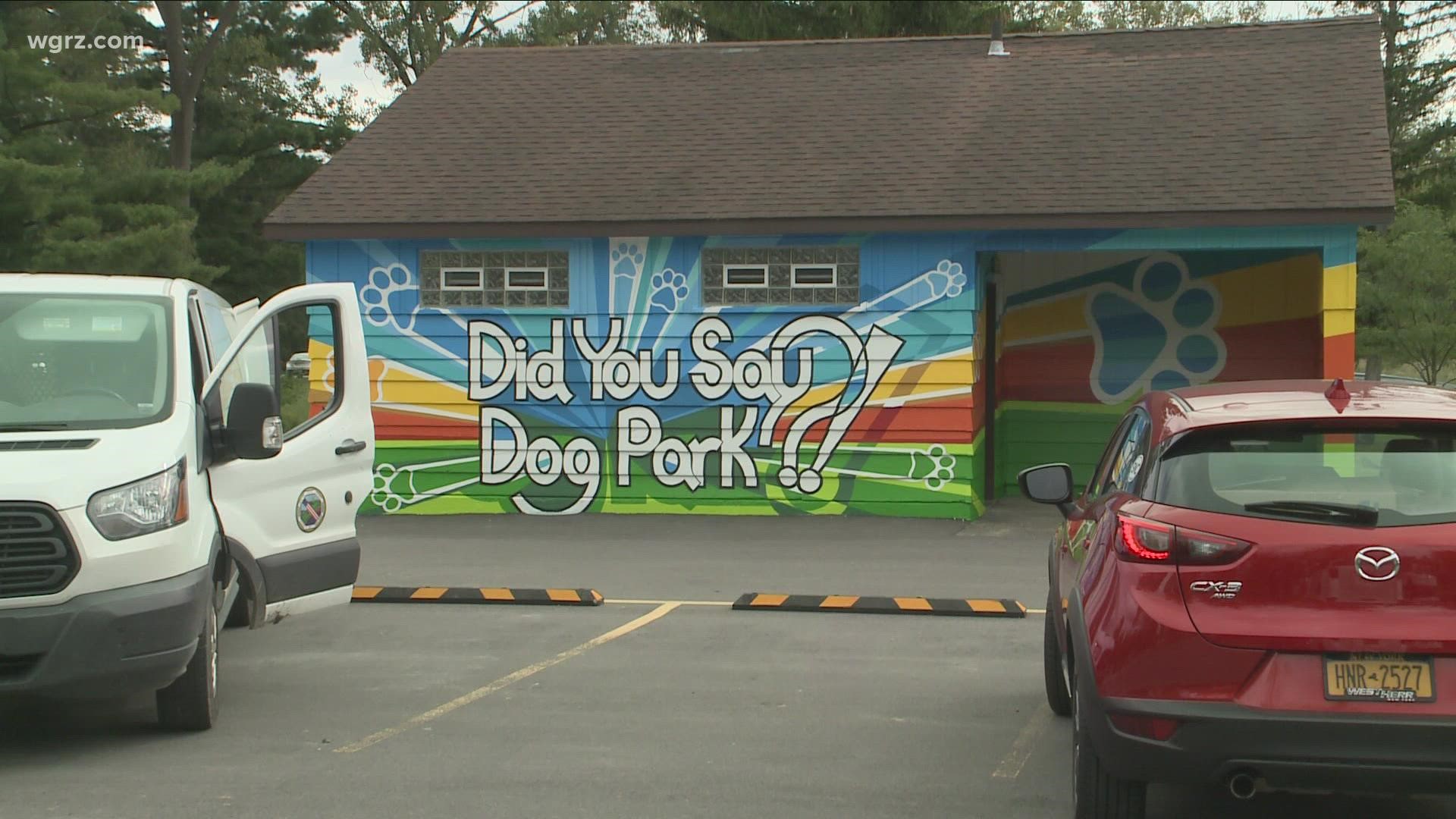