Diamonds in the Ruff will use fliers, posted on Paula's Donuts boxes, to publicize animals that are available for adoption. 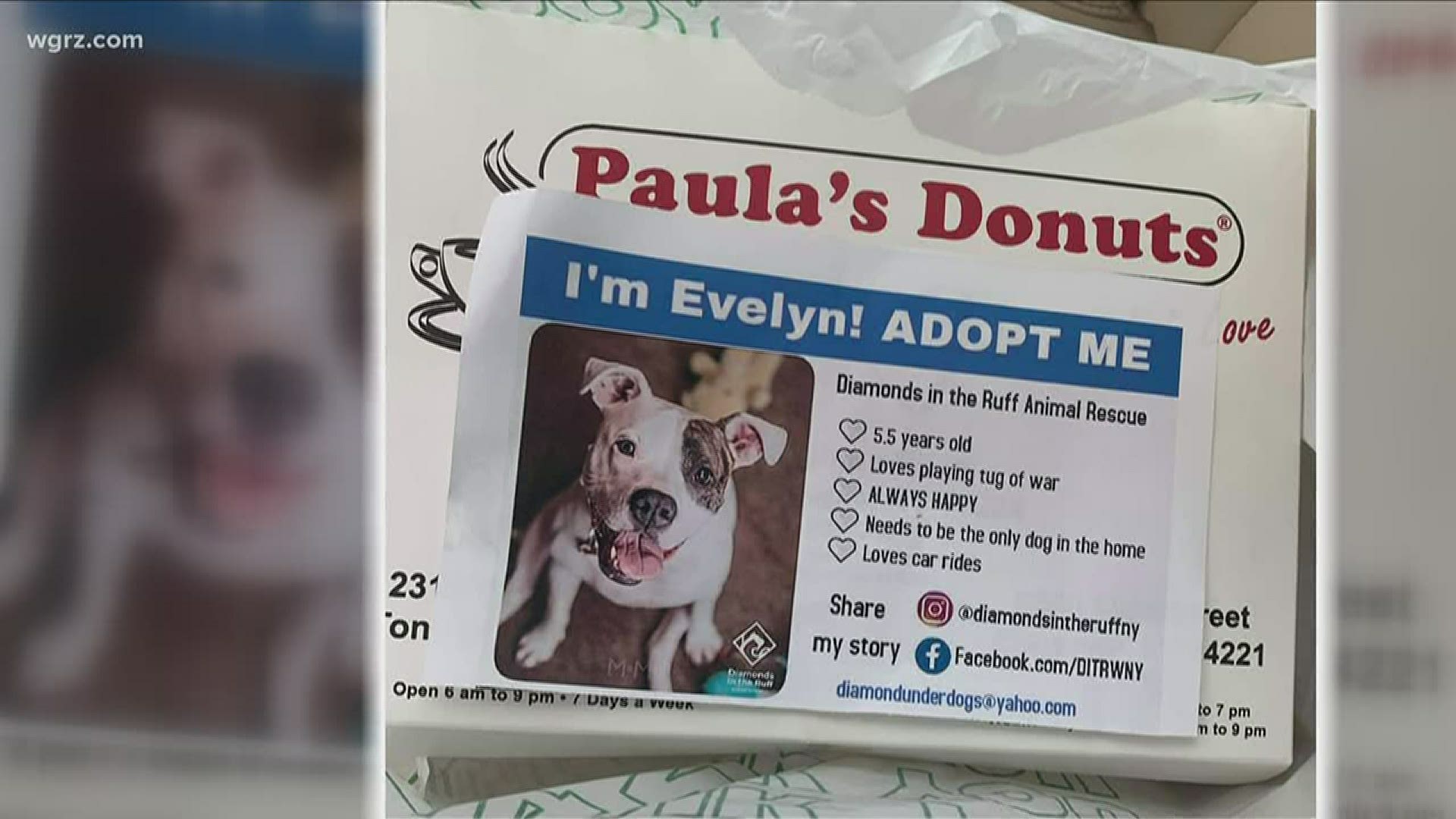 BUFFALO, N.Y. — Diamonds in the Ruff Animal Rescue is teaming up with Paula's Donuts in an attempt to find pets forever homes.

The Adopt "DoNut" Shop campaign will use fliers, posted on Paula's Donuts boxes, to publicize animals that are available for adoption.

It's similar to a campaign that happened in February in Amherst, where customers who ordered from Just Pizza one weekend found a flier on top their box featuring an adoptable dog from the Niagara SPCA.

"(Diamonds in the Ruff) is so incredibly thankful for Paula's help in spreading the word for our adoptable dogs & cats and we're also so grateful for their donuts!" the animal rescue said in a Facebook post.