Liz Fuhrmann introduces us to one of the street artists behind many of the public murals around Western New York: Vinny Alejandro. 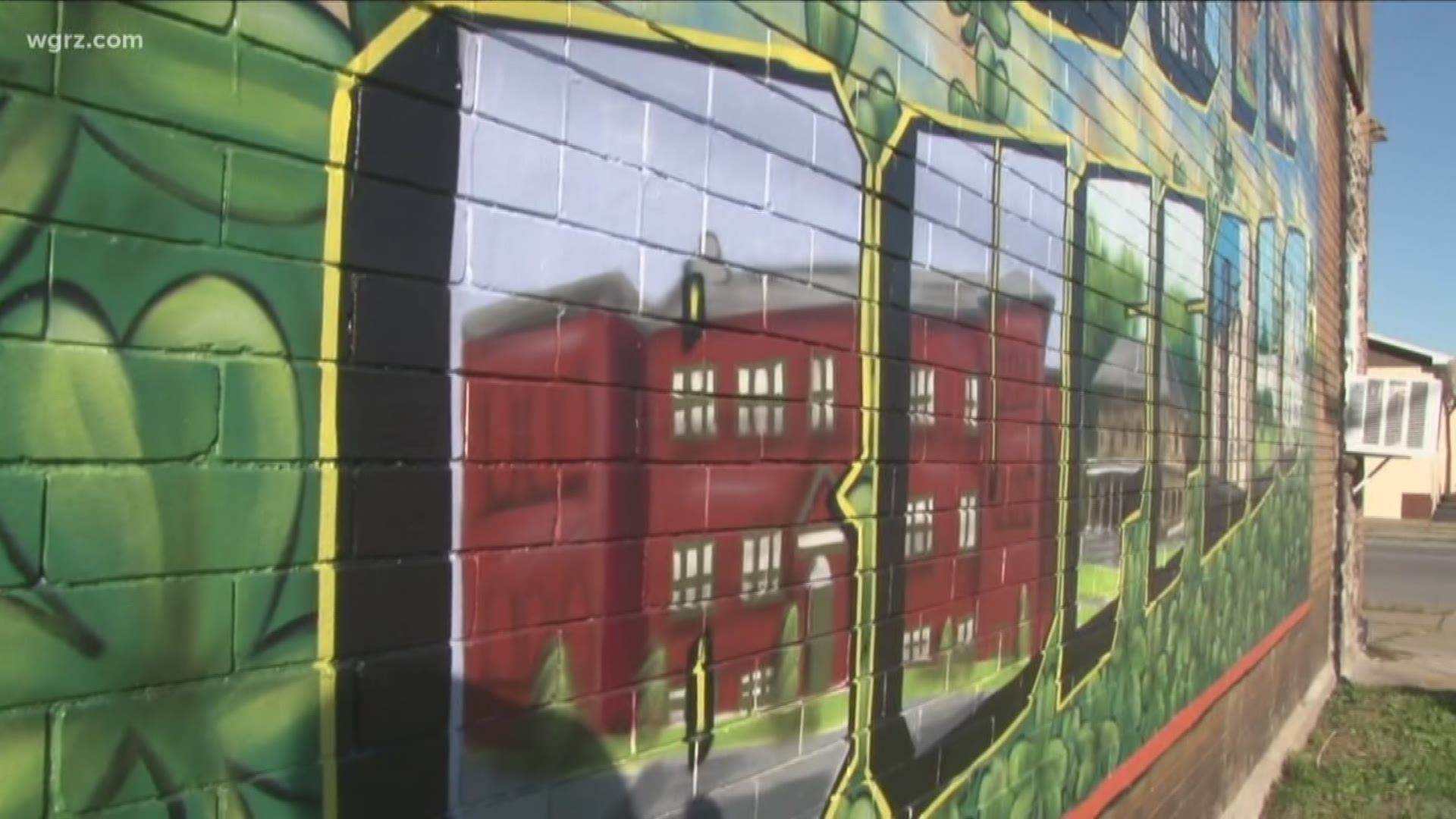 BUFFALO, N.Y. — Western New York has been embracing public art more and more. There's one local artist who's trying to showcase the city he calls home while bringing a new audience to street art.

A number of public murals around Western New York are done by street muralist, and owner of Urban Inspirations, Vinny Alejandro.

"I've been drawing since I was a little kid and just doodling here and there, and I used to draw with my mom all the time," Alejandro said. "And it's just always been something that I've been passionate about as far as art goes. The murals came later."

You might have seen his colorful works welcoming neighbors and visitors alike to different neighborhoods, like South Buffalo, Seneca-Babcock, the Old First Ward, and Kaisertown.

Alejandro, who grew up in the Old First Ward, says he loves celebrating all the reasons and the places that make Western New York home.

"To bring, you know areas like this and other neighborhoods that I've done murals for, to shine a light on them is just a cool experience," he said.

As part of his personal projects and business, Urban Inspirations, Alejandro has painted murals inside people's homes, businesses, restaurants, and everywhere in between. He's even started a few street art festivals, himself.

"I run the Hertel Alley Art Festival, off of Hertel Alley this past summer. Me and Joel Ferletto the councilman," he said. "And also, I have Paint vs. Paint on the East Side of Buffalo, off of William. And that's a straight graffiti festival, where I bring in artists from all over the United States and we have about five abandoned buildings that the owners just let us go to town on."

Alejandro hopes these projects help people to think outside the box, and think differently about graffiti.

"I just want people to look at this style of art, as far as street art and graffiti art and look at it with different eyes," he said. "Look at it with the potential that someone that's doing this may actually be an artist that just doesn't know yet... It has rough beginnings, but at the end, it's a beautiful art."

You can see his work and many of the other beautiful works of art all over Western New York in our Guide 2 Public Art.