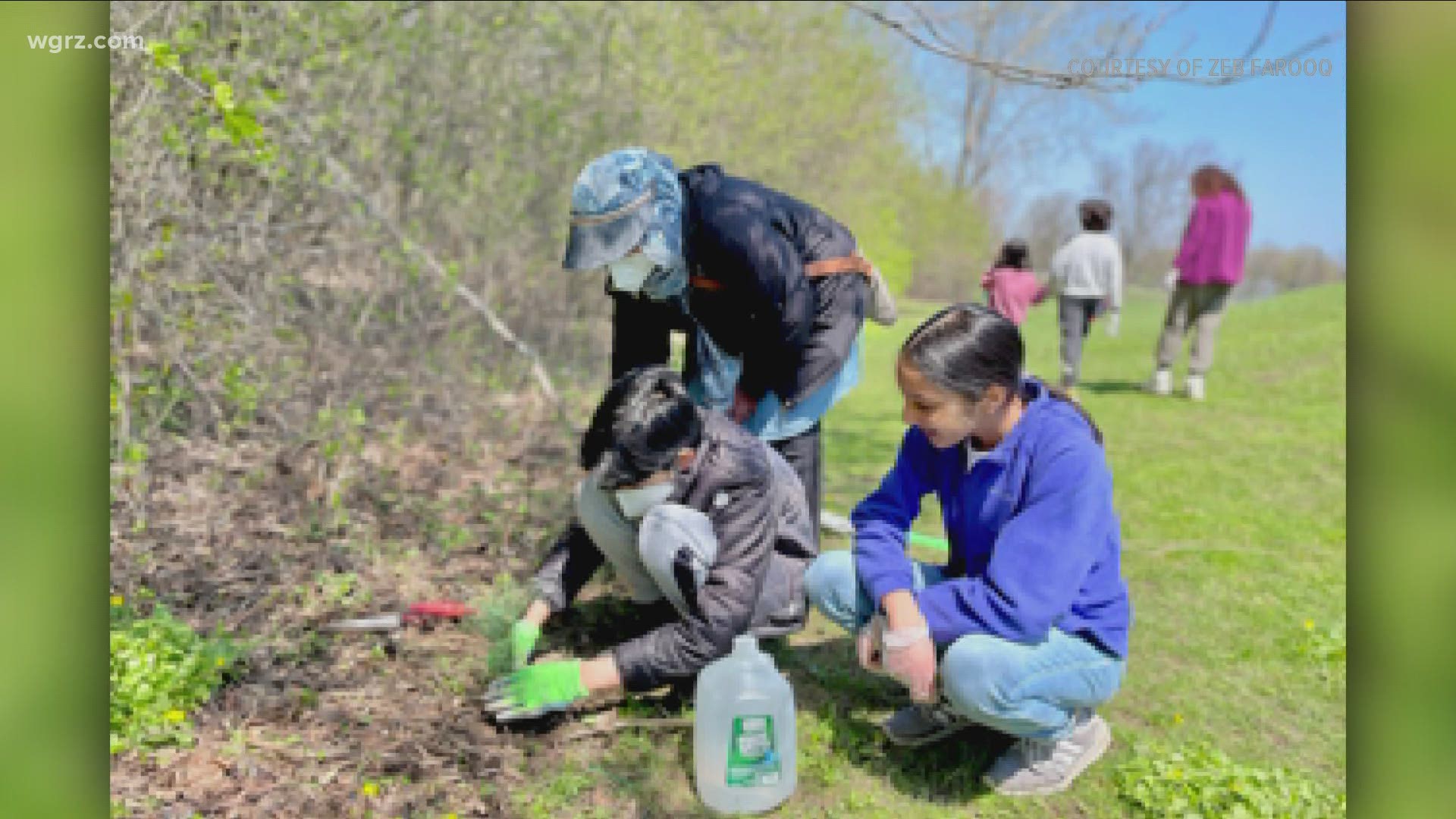 AMHERST, N.Y. — What started as a casual book club between moms and their kids in Williamsville, has turned into a group that completes service projects every month in Western New York. To mark Earth Day on April 22 and Arbor Day on April 30, they planted 150 trees in Saratoga Park in Amherst.

The Ghazali Children's Book Club began as a small group and then grew to include 16 children, ages 7 to 12.

"It's a faith based kids book club. It revolves around the idea that we all have an innate and intrinsic goodness in all of us. In addition to instilling altruism we're trying to build a sense of community and encourage that in kids at a young age," said Zeb Farooq, founder of the club.

Farooq said the books refer back to their "golden heart" and they can further polish it by doing good deeds. Along with meeting weekly to read books and do activities, every month a different child gives a presentation and leads a community service project that's near and dear to them.

"The moms take a backseat. They help do the organizing, but the children are the ones in the forefront," said Farooq.

They had to take a break during Covid, but before that, the kids collected non-perishable food items and donated money from their allowances to Feed More WNY. They also helped a local shelter organize their donated school supplies into backpacks. The Ghazali kids wrote "good luck" cards for each backpack. The children -with the help of adults- ironed on decals and make a care package for an ill baby in the hospital. They also donated blankets to Oishei Children's Hospital so that kids would feel they had a warm blanket from home. They also made baskets of essentials for the less fortunate in the community.

Now that it is safe to resume their projects again, Farooq's daughter, 8-year-old Sabrina, a 2nd grader at Country Parkway Elementary, led this month's service project. In the Muslim faith, this is the month of Ramadan, which in addition to fasting, consists of giving extra charity. Trees are considered an ongoing charity and coincidentally, the day the trees were planted was the same day the kids concluded their book on charity.

"I learned that it's good to help the earth," said Sabrina.

Sabrina learned that lesson and then lived it.

"They were just happy to be together, to be outside, to get their hands dirty, to understand that they're not just planting a tree. They're building a legacy," said Farooq.

If you'd like to nominate a person or group to be featured as a "Good Neighbor" on Channel 2 News, email Melissa.Holmes@wgrz.com. 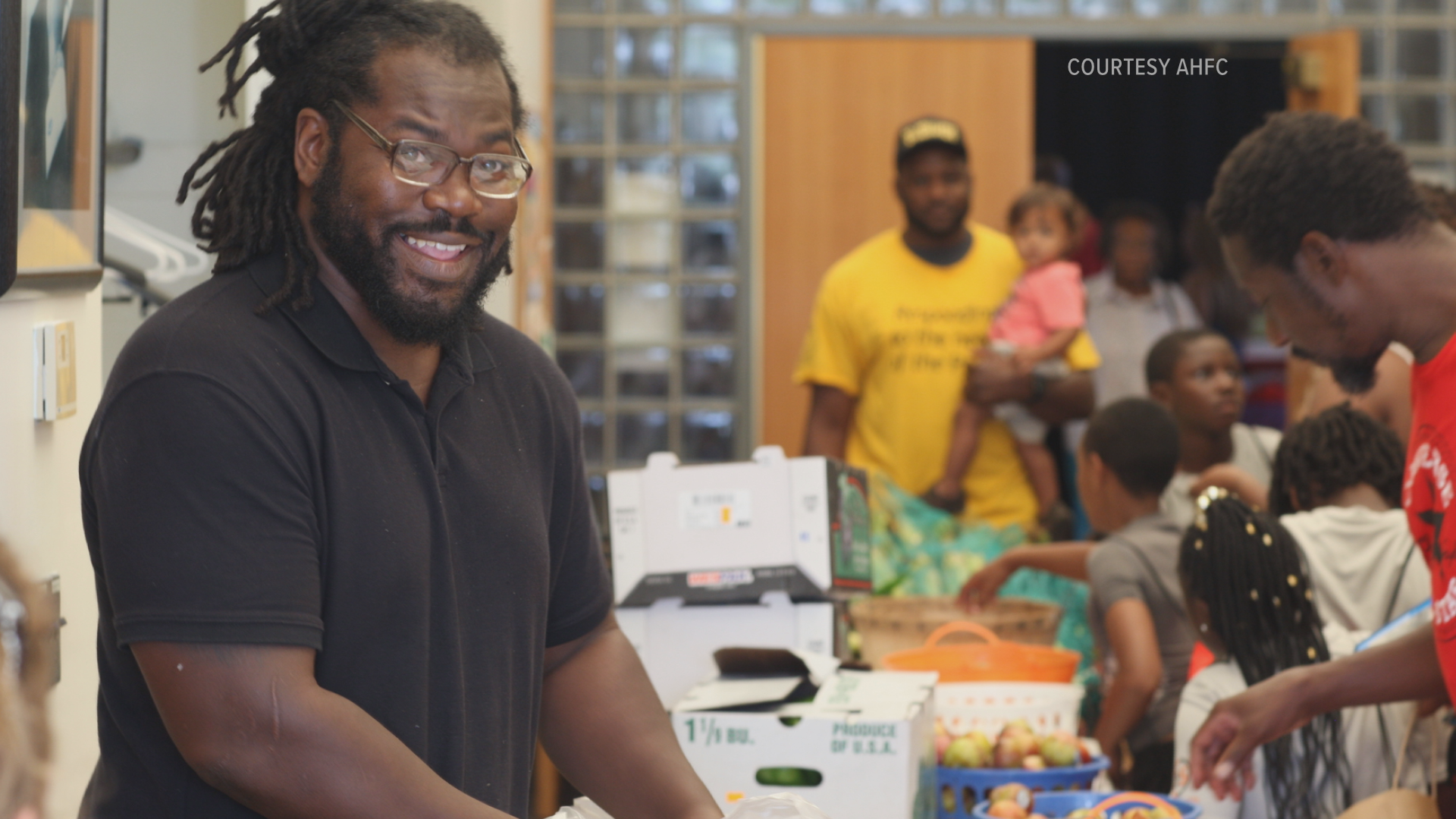 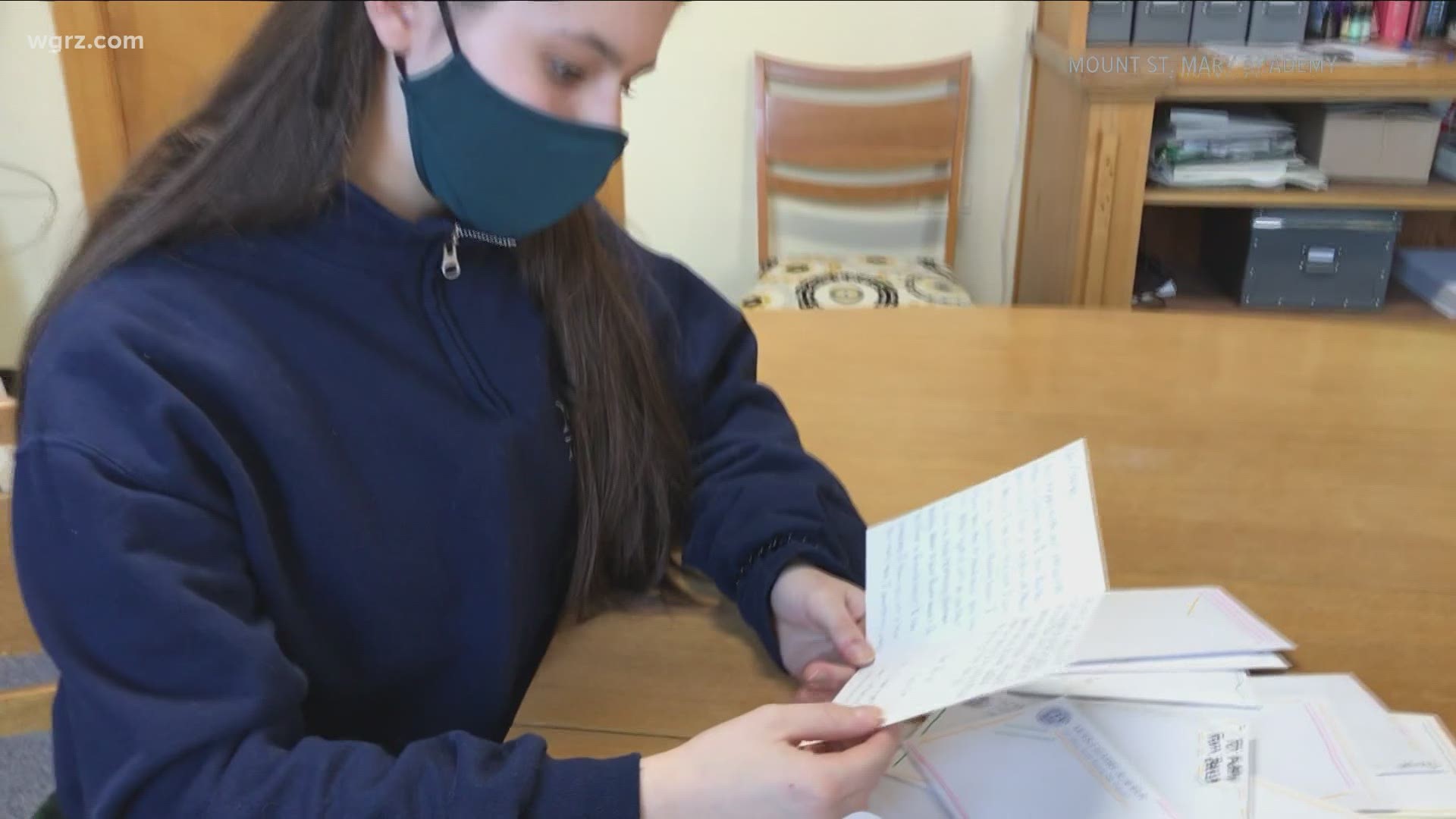