Quinn Flaherty, 14, of Cheektowaga, is proving she can do anything the boys can do, and maybe even do it better. 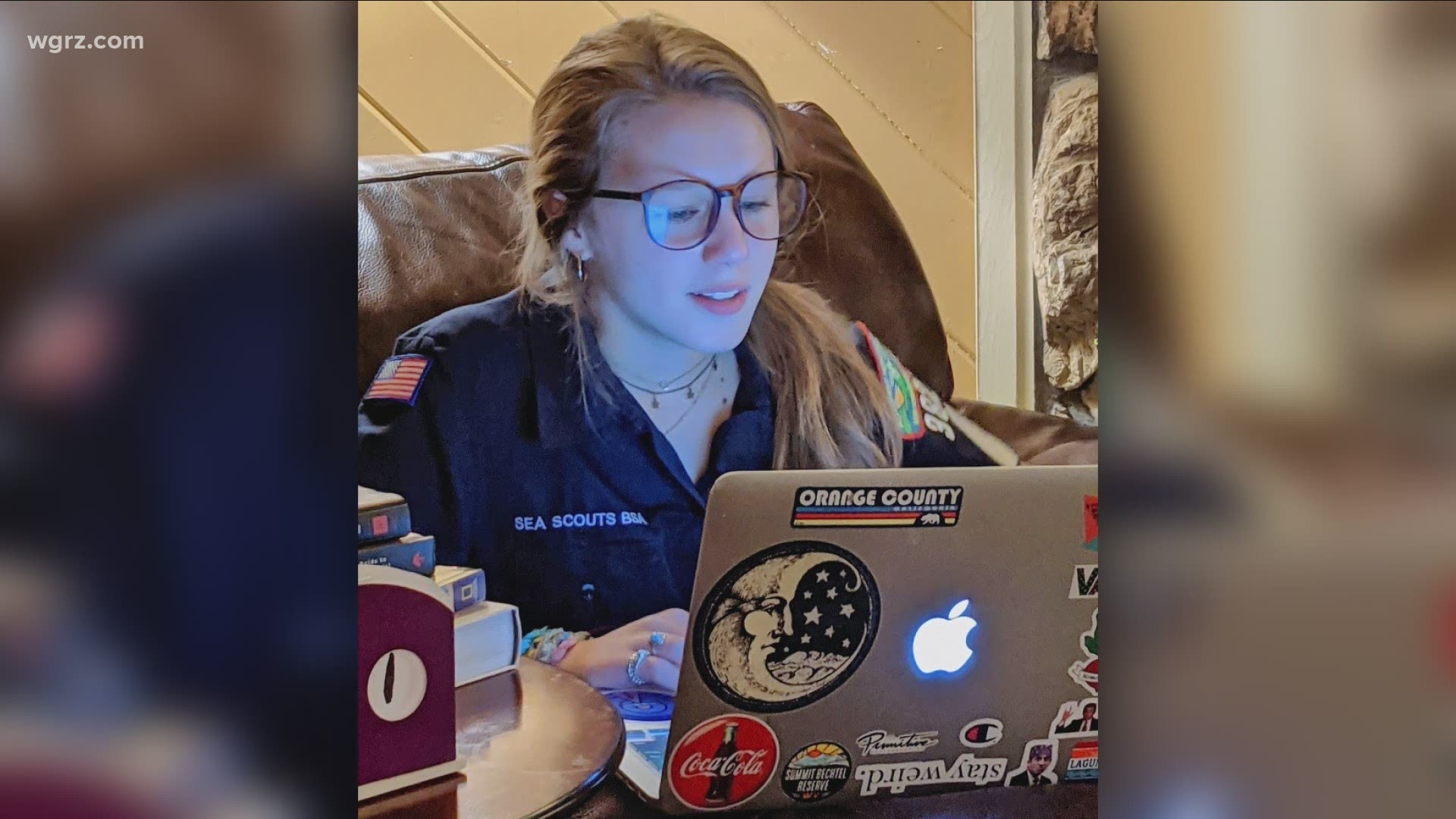 CHEEKTOWAGA, N.Y. — Achieving Eagle Scout rank in the Boy Scouts is a rare and prestigious accomplishment, and one teenage girl from Cheektowaga is working to prove she has what it takes.

Since the very first day girls were allowed to join the Boy Scouts of America on February 1, 2019, Quinn Flaherty was all in.

"Quinn has just blown through those badges. Most boys take 5 years to get what she has accomplished already," said Kendra Gaynor, scout leader of Troop 824.

In addition to working her way up the ranks with the scouts, Flaherty is also part of Sea Scouts based in Chautauqua, where she's the only girl on a ship filled with boys.

"She's not afraid to jump in with the older scouts or the boys on the ship and she gives them a run for their money as well," said Tammy Lachner, skipper of Sea Scout Ship 3821.

Flaherty said she's always been embraced, and never shunned, by the boys she's met through scouting.

"I'm so thankful to be in the program because I've met some of my closest friends and had some awesome adventures," said Flaherty.

Outside of scouting she's a straight-A freshman class officer the Buffalo Academy of the Sacred Heart. She's involved in musical theatre, mock trial, she's secured a lifeguard job for next summer, and she'd earned a second degree black belt in Tae Kwon Do.

Flaherty's balancing all of that while working on her Eagle Scout service project. For that, she chose to raise $5,000 to buy and serve 500 meals for frontline hospital workers. Click here to learn more about Flaherty's Go Fund Me account.

"They're going 12 hour shifts sometimes without getting a good meal, and we have a lot of friends with restaurants that are struggling. It just kind of seemed perfect to tie it all together."

Flaherty comes from a family of scouts. Her grandfather was a scout master for 50 years, and her step-father, Tom Pryzbylak, is an Eagle Scout himself.

"We couldn't be more proud of Quinn," he said. "And this is something we've been able to share and do together."

Through her fearlessness in the Boy Scouts and her desire to help others, it's easy to see how 14-year-old Quinn Flaherty is the epitome of a "Good Neighbor."

"She's amazing and she's an inspiration to all of us," said Gaynor.

Quinn's goal is to have her Eagle Scout project completed in mid-April, and achieve Eagle Scout status by her 15th birthday in May.

The distinction of Eagle Scout is attained by only about 4 percent of all scouts.