He may not be Bruce Wayne, and this isn't Gotham City, but it turns out Buffalo does have its own Batman who roams the streets to help those in need. 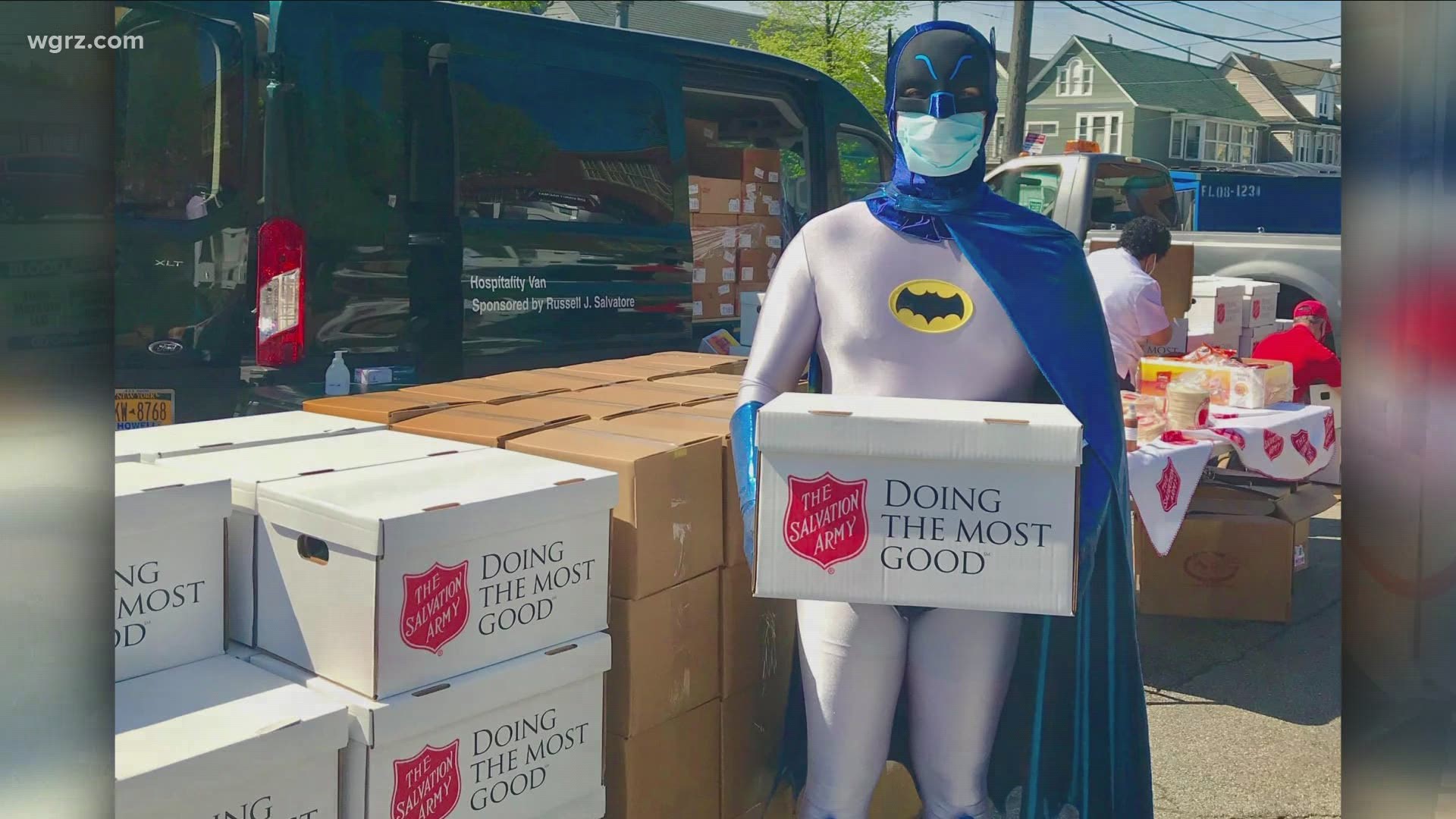 BUFFALO, N.Y. — For his day job, he's an attorney with Mura Law Group, PLLC, in Buffalo. But when the gloves, mask and cape go on William Lorenz, Jr., transforms.

Since 2014, Lorenz has made close to 100 appearances in a charity capacity and never accepting a dime.

In addition to helping launch the Superhero Night with the Buffalo Bisons, Lorenz has helped to raise hundreds of thousands of dollars through his participation in events with Feedmore WNY, Ride for Roswell, Mercy Flight, Salvation Army, Connect Life, and Christmas toy drives.

"Especially during the pandemic, many charities are in need of volunteers, so if I can bring a little more attention to their event and bring some smiles to them when they see a superhero delivering food, then it makes the job worth while," he said.

Last weekend at Fireman's Park downtown, Buffalo's Best Batman was one of the many volunteers with the Buffalo Dream Center, handing out food to Buffalonian's who are struggling.

"Batman just always makes people smile," said Pastor Eric Johns. "So I think that's a good thing right now. It doesn't matter if they're a homeless person, an adult, a kid, having Batman here is always a plus. "

While the Batman persona may provide extra smiles, Lorenz's, generous spirit shows you don't need a cape to be a force for the good.

"It's been one of the great rewards of my life to be able to be a charity superhero in our community," he said.

Lorenz also wrote a book, with part of the proceeds going to Mercy Flight.

If you know of a person, charity, group or business who should be featured as a "Good Neighbor" on WGRZ Channel 2, email Melissa.Holmes@wgrz.com.