Good Neighbors: Niagara University student is activist on and off campus

Matthew McKenzie works to ensure a diverse and inclusive campus environment, while also volunteering to help the less fortunate in the city of Niagara Falls. 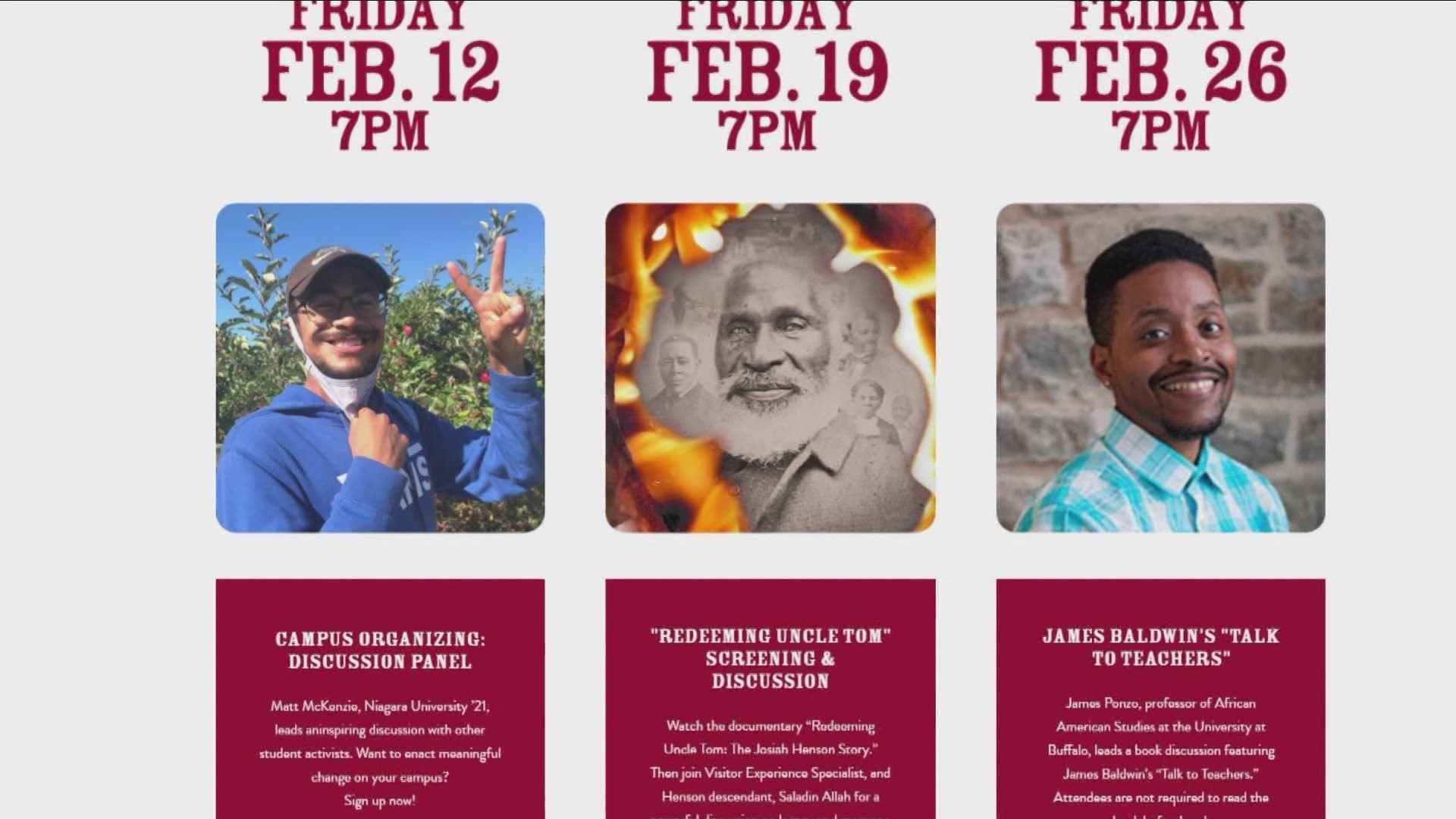 NIAGARA FALLS, N.Y. — As we recognize Black History Month, 2 On Your Side is celebrating a Niagara University student - a "Good Neighbor" - who never forgets his past and he works toward a better future.

"Niagara Falls is a place that's near and dear to my heart. Growing up, I was immediately aware of what Niagara Falls was: undeniably a Rust Belt city. A lot of people were left behind. A lot of industry has left and you can see the effect it's had on people," said McKenzie. "I also recognize the fact that it was the end of the Underground Railroad. Frederick Douglass spoke here. It is the home to many indigenous people, and something that's not talked about enough, it's home to Love Canal and organizing around that. It was the birthplace of the modern environmental movement."

The history of the Cataract City has shaped who McKenzie is today- an organizer and activist.

Through his work with Peace Action New York State, McKenzie leads an annual drive for feminine hygiene products for Carolyn House, a Niagara Falls women's shelter, and addresses food insecurity in the city.

"We want to work to build some community gardens. We want to address the fact that there really isn't access to fresh produce in downtown Niagara Falls at least for a lot of people so we want to do the practical thing," said McKenzie.

And on campus, through his work with NU's Social Justice House and the Black Student Union, he's met with administrators about concerns over diversity on campus, and the university did launch a task force to create a more inclusive environment.

"We told them these issues and we've seen some things change. I'm not going to lie, it has not been enough," said McKenzie.

McKenzie is president of Peace Action Niagara, news and investigative journalism editor of Niagara Wire, treasurer of the Black Student Union, peer mentor for the Justice House, and a member of the Sustainability and Impact advisory committee.

McKenzie's goal after graduating in 2021 is to go to law school and study international law.

Student activism will be the topic of a virtual panel discussion McKenzie's leading on Friday, February 12, as part of the Underground Railroad Heritage Center's Black History Month celebrations. To register for the presentation, click here.