Good Neighbor: Brian Markovich, Man on a Mission to Help

"I hope that I can be inspirational and other people will follow my lead. It's not hard to be nice," said Brian Markovich about why he gives so much to others. 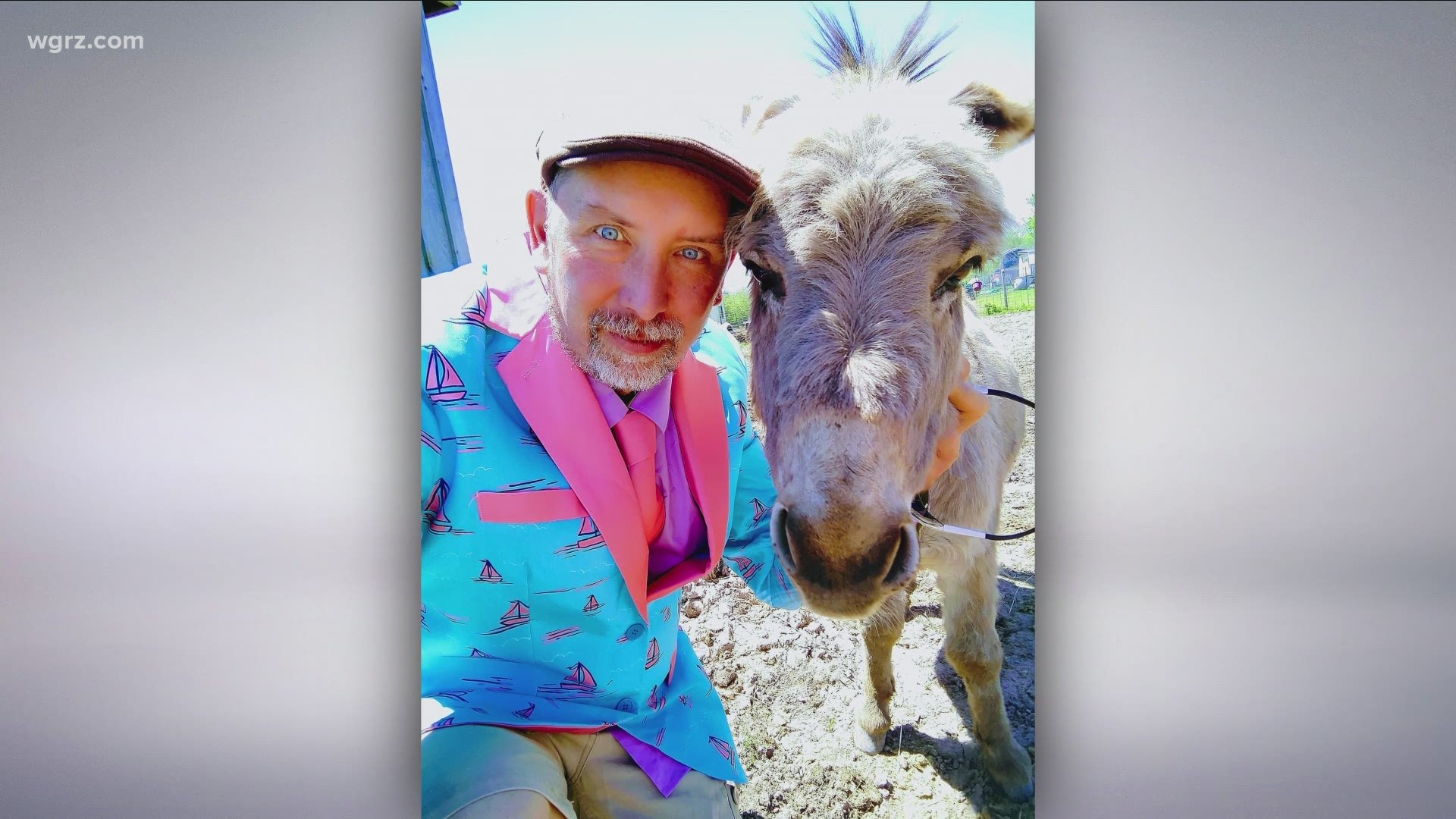 NIAGARA COUNTY, N.Y. — This week's "Good Neighbor" is a town of Niagara contractor whose got a huge heart- and a lot of connections - and he combines those two things to help people and animals alike.

"There's so much negativity and if I can bring a positive light to people and make them feel happy, then I've done my job," said Brian Markovich, a father of two.

Markovich, a contractor with Two Guys Construction, is known by friends and acquaintances as the guy to call when you need something.

"I feel that what I do means something to people and I feel good."

He said it all began four years ago when he started giving out and hanging American flags to people who needed them on Flag Day, Memorial Day, and Independence Day. Since then he's given out more than 1,000 flags.

He's also filled backpacks with essentials for the homeless, participated in an annual Christmas cookie drive to distribute to shelters during the holidays, collected food and filled up little free food pantries, and laid wreaths on the graves of veterans.

Just last month, Markovich got a call about a woman raising her 5 grandchildren who had been without hot water for 6 months. After posting about it on his Facebook page, he raised $800 in just 10 minutes and then bought and installed a new hot water tank himself.

"She called me and she took her first hot shower and she was thrilled. We take so many things for granted," said Markovich.

He doesn't just help people, but animals, too.

He's a trustee for the new Whispering River farm animal rescue in Gasport. In four short months of existence, they've already saved three dozen donkeys from kill pens across the country. They rehabilitate them and adopt them out to loving families.

Markovich also recently collected almost 300 coolers, turned them into feral cat shelters, and gave them out for free to people who asked for them. He simply asked for a donation to Whispering River for those who could afford to do that.

"They all have huge hearts and everybody I've spoken to just want to help the cats. We all understand that the feral cat population is a problem and we're trying to help. I also know plenty of people doing the trap, neuter, and release program and so I get them in touch with them if they want to do that," said Markovich.

But some of his most meaningful acts of kindness are the most simple.

For example, every day for the past year he's sent a text message to a different person to brighten their day.

"I've had a lot of people they'll call me back and say, 'Wow, you made my day!' All I did was send a text message. So it's really that easy. It's not hard to be nice."

Every Monday, he also posts on Facebook a message of gratitude to someone in his life. He calls it his "Monday Morning Mention."

"It's somebody who means a lot to me, who's lifted me up. I want to call them out and I want people to know who they and what they've done. There are a lot of nice people out there," said Markovich. "I will never have anything negative on my Facebook page. There's no reason to tear people down. Let's build everybody up and let's be positive. Just be good people and be happy. It's so much better to be happy."

He tries to teach those messages to his sons, 9-year-old Neven and 6-year-old Reinier. Brian wants them to be Good Neighbors, too.

"I'm instilling something in my boys so when they're older they'll have an appreciation for helping people and I hope they carry it on."

Markovich already has his next volunteer project planned. He's gathering a team of volunteers and materials to build a wheelchair ramp - for free- for a girl in Lovejoy with cerebral palsy.

He adds that he's incredibly grateful for his friends he calls his "angels" who always offer to step up and help carry out his good deeds.