This week's City Shapers are a husband and wife team. They opened Moriarty Meats in January of 2018. 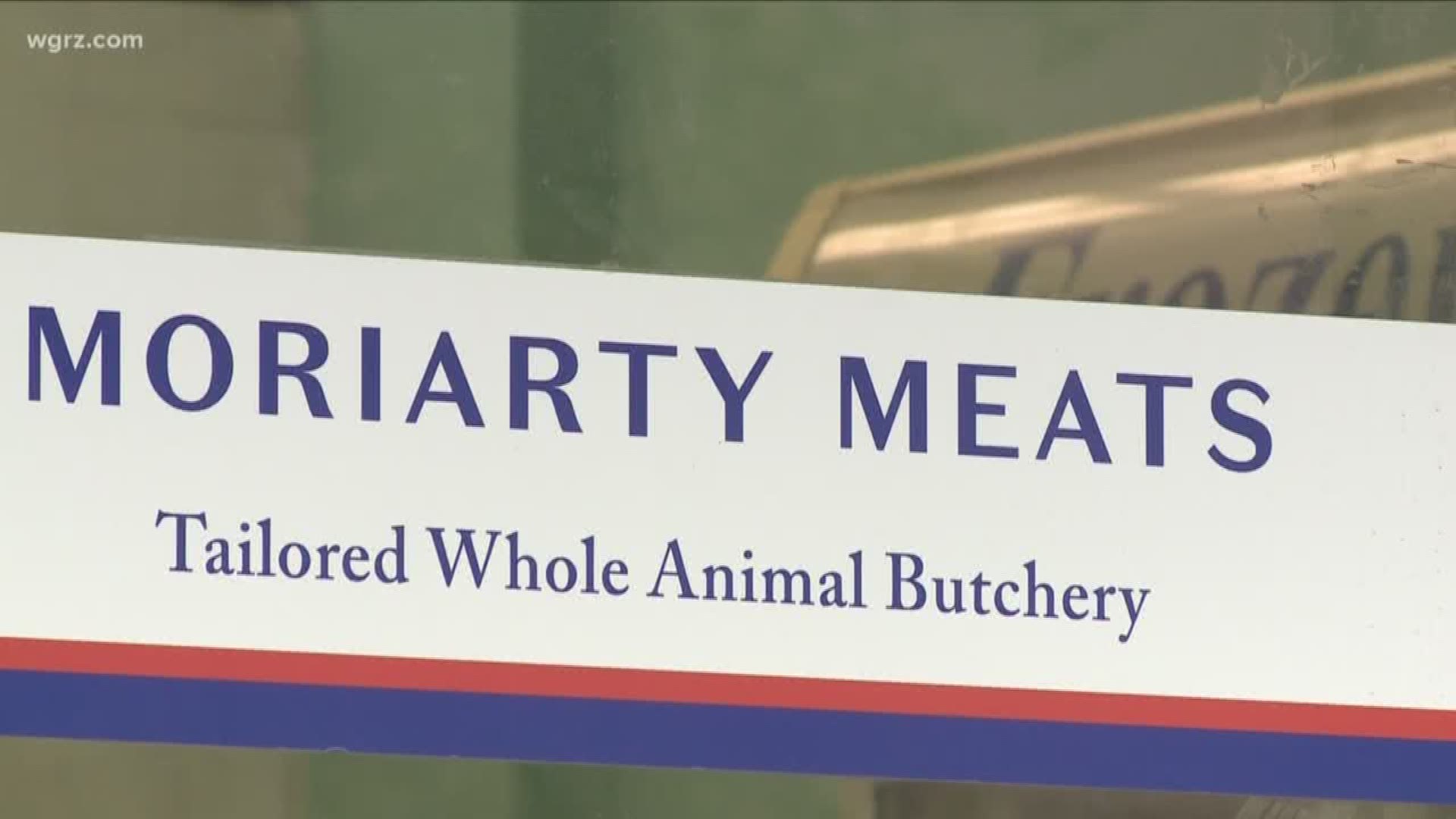 BUFFALO, N.Y. -- Each week, we introduce you to a Buffalo City Shaper - someone who is part of the city's resurgence.

This week, 2 On Your Side's Kelly Dudzik takes us to the West Side where a couple opened a butcher shop this year on top of their full-time jobs. They are continuing a long-time tradition at a Grant Street butcher shop by launching their own business.

"I was in culinary school in Spain, and then I did a butchery course in France. I ran a small beef farm in Massachusetts, and that's how I got into the butchery end of it," says Tom Moriarty.

Tom Moriarty came back to his hometown of Buffalo in 2009, and about two years later, met his wife, Caitlin, through some mutual friends.

"I kind of fell off my chair when she said Tom's looking to buy an old butcher shop on Niagara Street, and I said I just moved to Buffalo to study old Italian businesses on the West Side, that's, you know, what a coincidence," says Caitlin Moriarty.

Instead of Niagara Street, Tom and Caitlin ended up taking over the space on Grant Street, where Zarcone and Sons was for sixty years. In the process, Caitlin even found out she had butchers in her family a long time ago in Ohio.

"We get so many people walking in the door and just commenting on how it feels so authentic and it's because it is, you know? I mean, you can't replicate character like this that has been earned over like decades and generations,” says Caitlin Moriarty.

They are both working at their regular full-time jobs and raising two boys while running the butcher shop. They prep during the week and are open on Saturdays for people looking to buy meat from local farms.

"Nowadays, you walk into a supermarket, it's all shrink-wrapped, it's in Styrofoam trays, and it just kind of takes that interaction and the romance out of it that, it's important and it's fun," says Tom Moriarty.

"Knowing where your food is coming from, and not only know the butcher that's cutting it, but that it came from an animal that was raised on a farm not far from where you live, and kind of reconnecting to that whole network is really important, too," says Caitlin Moriarty.

When we visited on a Wednesday, Tom was doing a special order for a customer who wanted to use almost every part of the pig.

"If you pull out every muscle individually, and clean them up individually, what normally would be a tough muscle, you can make into a tender or good cut for the grill or pan frying, etc. So, it's really dissecting the whole animal as opposed to larger chunks that we're used to and kind of taking it to the next level in terms of preparation," says Tom Moriarty.

If you'd like to nominate a Buffalo City Shaper, just email Kelly Dudzik.