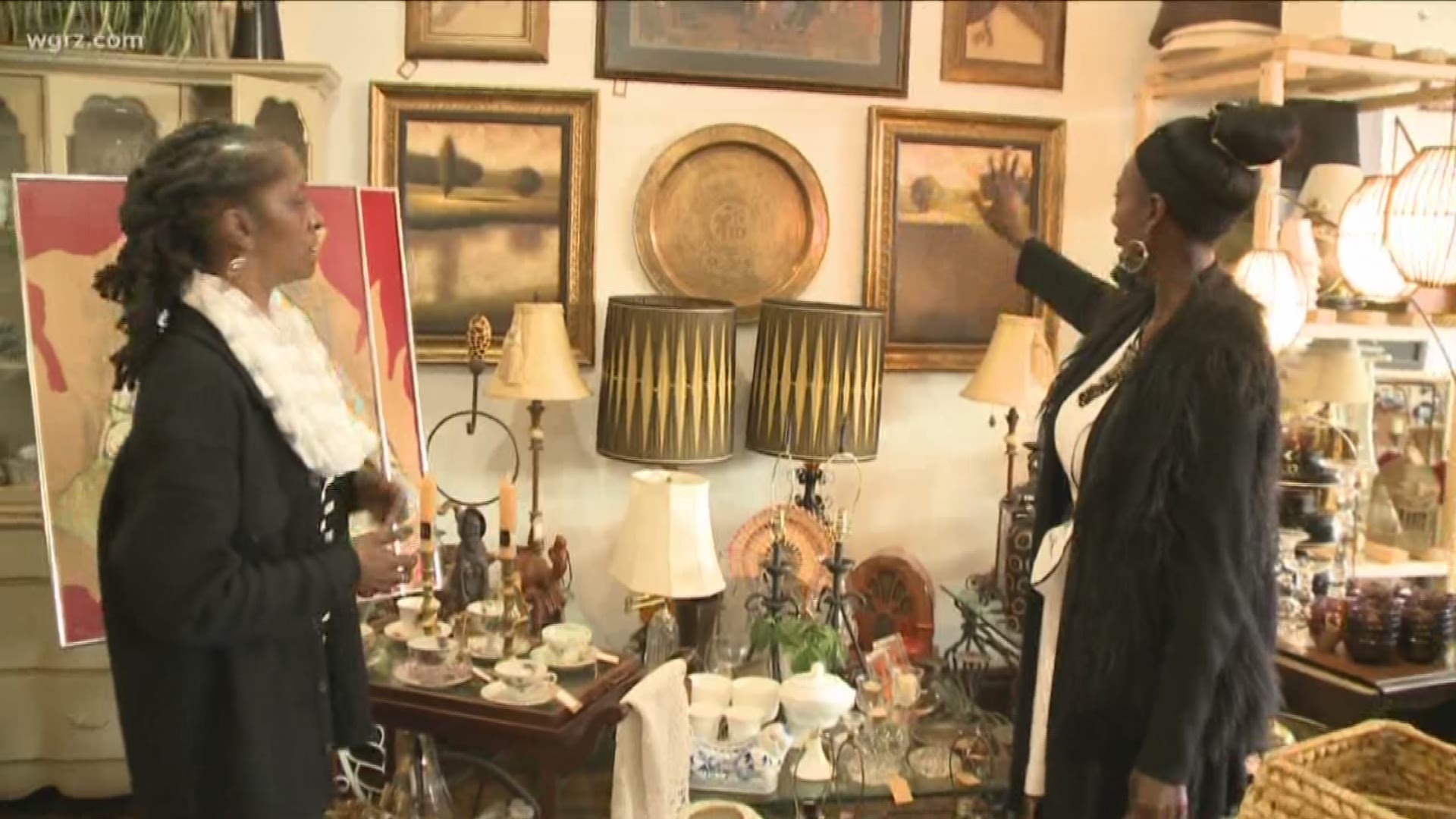 BUFFALO, N.Y. — This year, we are celebrating the women who are making Western New York's resurgence possible in our City Shapers reports. This week, 2 On Your Side's Kelly Dudzik introduces us to two women who not only gave new life to an old Buffalo building, they're finding new homes for everything from trunks to tables.

Michelle Matthews is Janaine Gates' aunt by marriage. They're also best friends and co-owners of one of Buffalo's newest consignment boutiques. Maasai Consignment Boutique on East Delavan Avenue is in a building that once was home to one of Buffalo's first printing presses.

Now it's the temporary home of many treasures.

"The name of our consignment store is Maasai, and that means just like the Maasai tribe of Africa, they are repurposers. So, they repurpose everything, nothing is thrown away. They always repurpose, and this is what they're teaching us that somebody can always use what you have no matter what it is," Gates said.

Matthews and Gates scout items themselves or people bring them in.

And with Matthews’ love of each piece and Gates’ skills as a designer, being in business together a breeze.

"We are perfect together. We love each other, first and foremost, and that's what makes us, you know, when we have our differences we can overcome anything because we love each other. And we respect one another," Gates said.

For Matthews, the boutique is spiritual. She's been a missionary at St. Luke's Mission of Mercy for 25 years.

"I've seen people just lose their whole homes because of loans and just water bills and roofs. I've seen people lose everything they've worked so hard for. Just be tossed out on the curb. And, it just did something to my heart," she says.

Those experiences made Matthews want to do something where items people no long could care for, or no longer needed, could be re-used.

"I realized through the different work that I've done in most of my life that I've seen a lot of treasures being discarded that people worked so hard for," Matthews said.

But when people downsize, there's still plenty of life in those things they've collected. Matthews says it helps some people let things go if they know someone else will appreciate them.

It's also important to the women that they build community.

"Some people just look at the outside and say, what's in there? They're inquisitive, and they want to come in, and we bring them in. Once they get in here, they're like, 'Wow, I never knew that all this stuff was in here,' " Gates said.

"We make that corner pop. It's bringing back life. This part of Delavan is very alive. Once you get to a certain corner, Delavan just pops alive. Then you get past the viaduct, and it kind of dies down, but this part is very alive, and I think it just added to the life that Hamlin Park already had going on for itself," Matthews said.

Keep an eye out, they're hoping to open a second location soon.

If you’d like to nominate a Western New York woman to be a 2019 City Shaper, send Kelly an email.