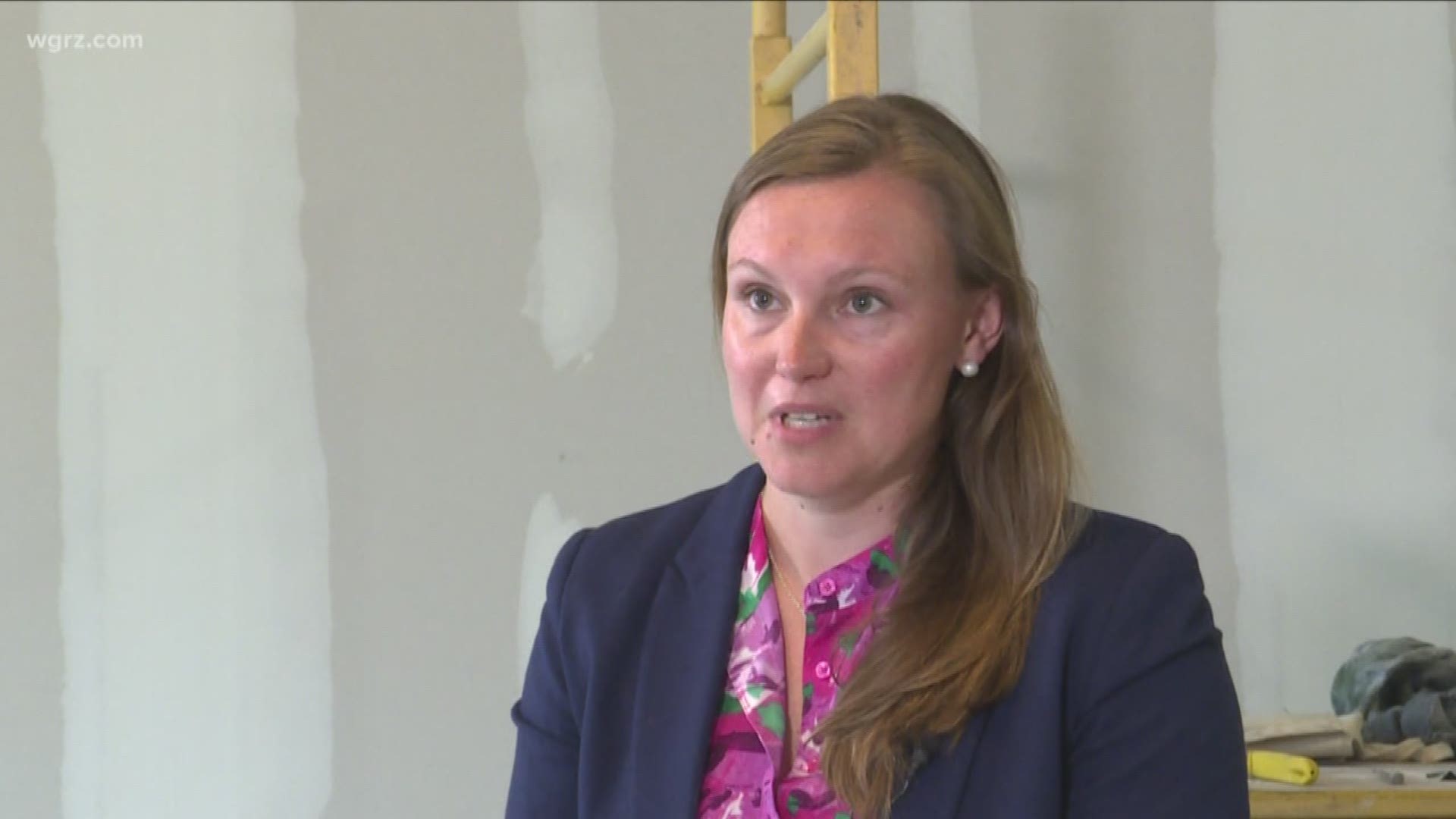 BUFFALO, N.Y. — We are celebrating the women of Western New York who are part of our region's renaissance in this year's City Shapers reports. This week, 2 On Your Side's Kelly Dudzik shows us how an entrepreneur found her passion by making a big career change.

Colleen Heidinger is a Vice President at 43North. She grew up in Buffalo, then went to Babson College and studied entrepreneurship before starting a career in television production.

"We were producing American Idol, X Factor, Price is Right, Family Feud, a bunch of hits, not only here, but globally,” says Heidinger.

"All those top shows," said Dudzik.

"Yes, yes. And, many of which needed events to go along with them," said Heidinger. "So, I was responsible for a lot of that work on a global scale."

"What brought you back here to Buffalo?" asked Dudzik.

"So, I turned 30 when I was living out in California and went to Africa for my birthday, and just kind of had a bit of a wake-up call in terms of I literally don't watch television and I fall asleep at the movies, so at the time, I was at DreamWorks Animation, and was working a ton of hours and didn't like or feel passionate about what I was doing," said Heidinger.

"When you came back here did you have a plan?" asked Dudzik.

"No, so it was like the very typical moved in with my parents, no health insurance, no job and just started networking," says Heidinger.

It paid off. A mentor told her about an opening at 43North that combines her degree, event planning experience, and desire to impact the community. Heidinger is responsible for planning the 43North finals at Shea's.

"So, that's been my baby every year in terms of creating what will happen on that stage, the visual production, I set it, and our team helps bring it to life," she says.

When she's not at work, she's busy transforming 867 Seneca in Larkinville.

"The Zemskys had taken it from a dilapidated storefront," says Heidinger. “They actually lifted this building up. People know it as the one on Seneca that was lifted for a period of time."

When construction is done, it'll be Heidinger's very own live-work space.

"We're going to call this Space on Seneca," she said. "It's going to be a convertible event space.”

Heidinger's neighbors are already living in their work space, and the new Paula's Donuts across the street will embrace the same concept.

"When you add the bowling alley, and the park and the residential that's coming, I mean, I can't believe the opportunity that I've been given down here," Heidinger said.

To keep up with the progress on the "The 867 Project" you can visit its Instagram page.

If you know a Western New York woman who would make a great 2019 City Shaper, send Kelly an email.