Sandra Wilson is the vice president of Rebel Riders Rescue. 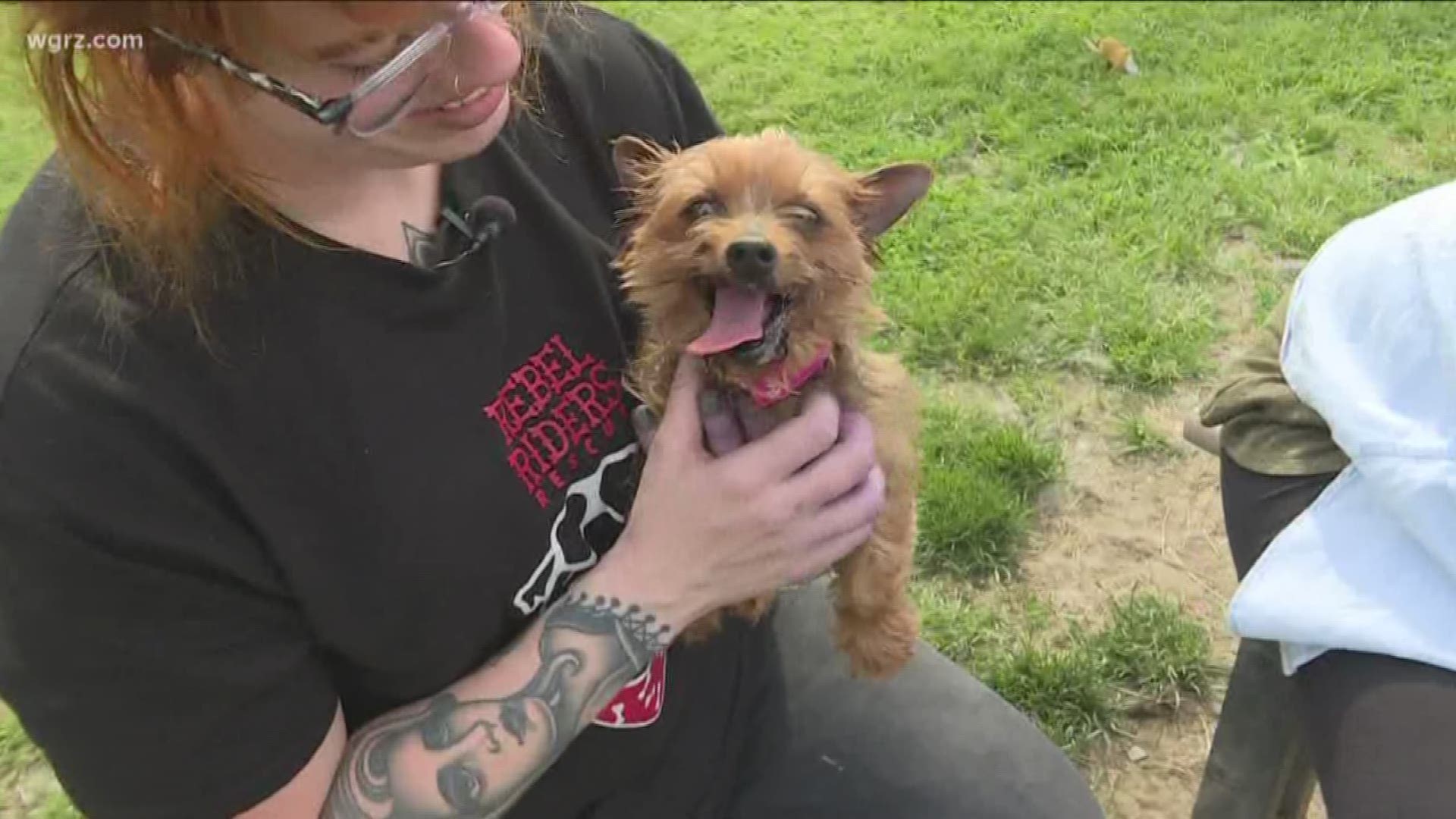 BUFFALO, N.Y. — Each week in our City Shapers reports, we introduce you to a woman making a difference in Western New York. This week, 2 On Your Side's Kelly Dudzik shows us how a Buffalo native is helping dogs in horrible situations find their forever homes.

Sandra Wilson is the vice president of Rebel Riders Rescue. Just 18 months in, the non-profit is going strong as volunteers find homes for dogs whose lives otherwise might not be saved.

"How did you come up with this idea?" asked Dudzik.

"My wife and I just had a dream to be able to not only just advocate for the puppy mill dogs, but to go ahead and save them," Wilson said. "So, Rebel Riders came about because the word rebel means to stand up in opposition to, and we truly believe every single one of our dogs is a survivor."

The call to rescue a dog from a puppy mill can come at any time. Wilson also owns a salon in Larkinville and balances that with running the rescue. Her love of dogs started with her first rescue, Petunia.

"In order to adopt Petunia from the SPCA, we had to watch what was a puppy mill video," Wilson said. "And we'd seen what happened inside of puppy mills and we rescued her from the SPCA and she was already 14 years old."

Wilson says puppy mills surrender the dogs because some are too old to breed, and some are still young, but won't sell.

"This is Prince Harry, he is a puppy mill survivor," she said. "He is a year-and-a-half. He came from one of the worst places from what we heard. There are hundreds of puppy mills in Millersburg, Ohio, and he is just a product of one of them. This is Queenie. She's actually nine-years-old, and she's a Yorkie. Chip is a six-month-old English Bulldog. The reason for the puppy mill release is because he is said to have a heart murmur."

All of the dogs are fostered in people's homes, and Wilson is always looking for more help.

"We just tell people it takes love, that's it," she said. "It takes a home. You know, meals, you know what I mean, it's literally just opening up your home to love on this dog for a little while to let them become a dog, and then after that you help them find their forever home, as cheesy as that sounds, it's true."

If you'd like to nominate a Western New York woman to be a 2019 City Shaper, just send Kelly an email.