Kedron is the president of the Black Rock Riverside Alliance. She’s one of the group’s founders. 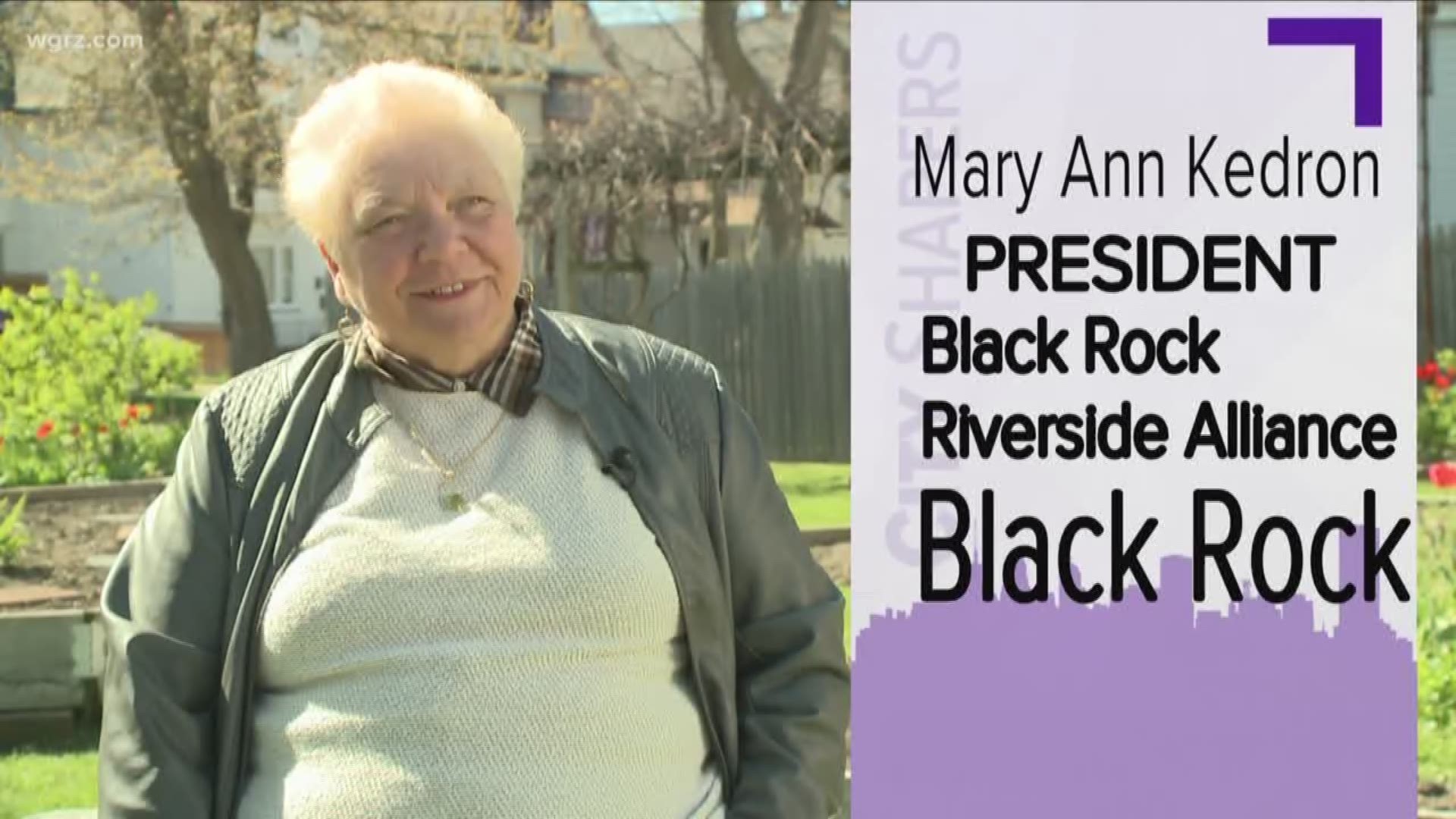 Kedron is the president of the Black Rock Riverside Alliance. She’s one of the group’s founders.

It's been around six or seven years and came out of a community planning process involving four neighborhoods: Black Rock, Riverside, Grant-Amherst, and West Hertel.

“What made you decide to take on this leadership role?" asked 2 On Your Side’s Kelly Dudzik.

"I've been a community person for a long time. I'm kind of an educator and a public health person by original training, so the community, and community health, is extremely important to me, so this was a natural transition. As I was ending one career, this was another opportunity," Kedron said.

At first, the group's goals focused on the preservation of history, so its members started the Black Rock Historical Society on Niagara Street.

The Black Rock Riverside Alliance also does its own Tour of Gardens, and it opened four community gardens where neighbors plant produce for anyone to take home. Each garden grows 500 to 750 pounds of food a year.

"How long has this garden been here? What was this before?" Dudzik asked.

"This has been here seven or eight years right now. It was an empty lot. It was a knocked down property, and everything you see here didn't exist. It was all rubble, so you can see what is possible when a community comes together and works on putting brick by brick literally every one of these pieces that have been put in here," Kedron said.

Kedron also helped get grant money to put play spaces into the gardens, and she's in the middle of the Thousand Sunflower Project. They're giving out thousands of sunflower seeds for people to plant.

She also plays an important role in economic development.

"There's a lot of economic development happening on Niagara Street now, even in the past year buildings that were just sitting boarded up now have new life in them, and you played a big role in making that happen," Dudzik said.

"What does it mean to you to be able to be a part of all of this?" Dudzik asked.

"Oh, it's wonderful. It's really very fulfilling, and it's a culmination of a very long career, and it's very nice to be able to share, particularly with the youth in this community, to show them that there are opportunities, that there are things that they can do that they may not see as being possible otherwise," Kedron said.

Kedron is now looking forward to reconnecting the community to the Niagara River and Scajaquada Creek. She's working on getting Buffalo certified as a National Wildlife Federation Habitat community by putting in native plants for birds and bees.

If you'd like to nominate a woman you know to be a 2019 City Shaper, just send Kelly an email.