Each week, we're celebrating a Western New York woman who is playing a big role in our region's resurgence. This week's City Shaper is someone who decided it was time for her own generation to step-up and pay it forward.

Lisa LaTrovato is the founder of the Fifty Fabulous Women Giving Project. She started her career working for Congresswoman Louise Slaughter, then she worked at Children's Hospital, now she's the Director of Development at Hauptman-Woodward Medical Research Institute in Buffalo.

Along the way, LaTrovato has met many women who've inspired her.

"As the Marines carried that flag down the aisle at Louise's funeral, it hit me that that generation above me was gone, and it was my turn to really fight for the next generation and do a legacy project. What was my legacy going to be?" LaTrovato said.

Her motivation also comes from her grandmother who escaped from the former Yugoslavia as a teenager.

"Her determination and her understanding that no one can go in this life alone, and without that help, I wouldn't be here today, so it's my, I guess, obligation, as they say for those who much is given, much is required that I pay it forward to others," LaTrovato says.

The Fifty Fabulous Women Giving Circle is a group of women -- from those just starting their careers all the way to retirement age -- who get together four times a year to network and raise money for nonprofits.

They give back to not-for-profits with budgets of less than $750,000 that serve women and children in the eight counties of Western New York.

"Being a smaller nonprofit, we can take a smaller grant like this and really use it in a way that will benefit so many women," Western New York Ovarian Cancer Project President Kathleen Maxian said.

The money will go toward journals for the group's comfort and hope tote bags, which go out to women newly diagnosed with ovarian cancer.

LaTrovato encourages women to be part of the community and pay it forward.

“Find your passion, don't give it up, get your idea, make sure you follow it, and just tell everybody you can about it, and it will come to light," she says.

This year, LaTrovato is expanding the giving circle across Upstate New York and to Charlotte, N.C., Newport, R.I., and Florida.

If you know someone who would be a great City Shaper, send Kelly an email to nominate them. 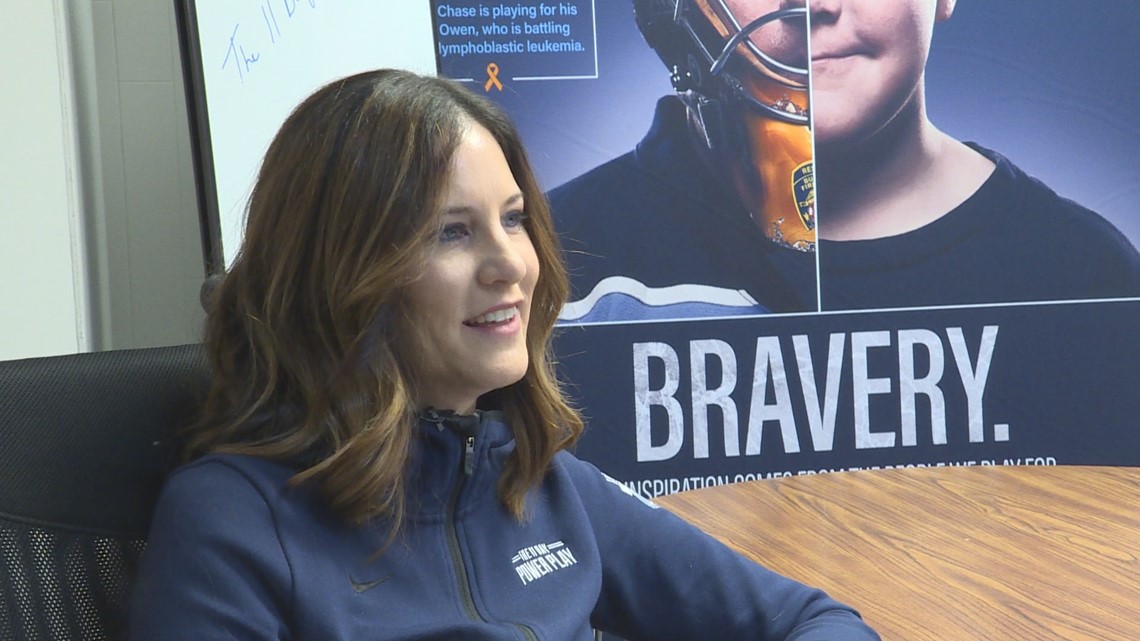 City Shaper: Amy Lesakowski
TONAWANDA, N.Y. - Each week in our City Shapers reports, we're celebrating the women of Western New York who are making it a better place to live. Amy Lesakowski is the co-founder and executive director of the 11 Day Power Play. She moved to Buffalo when she was 4-years-old.