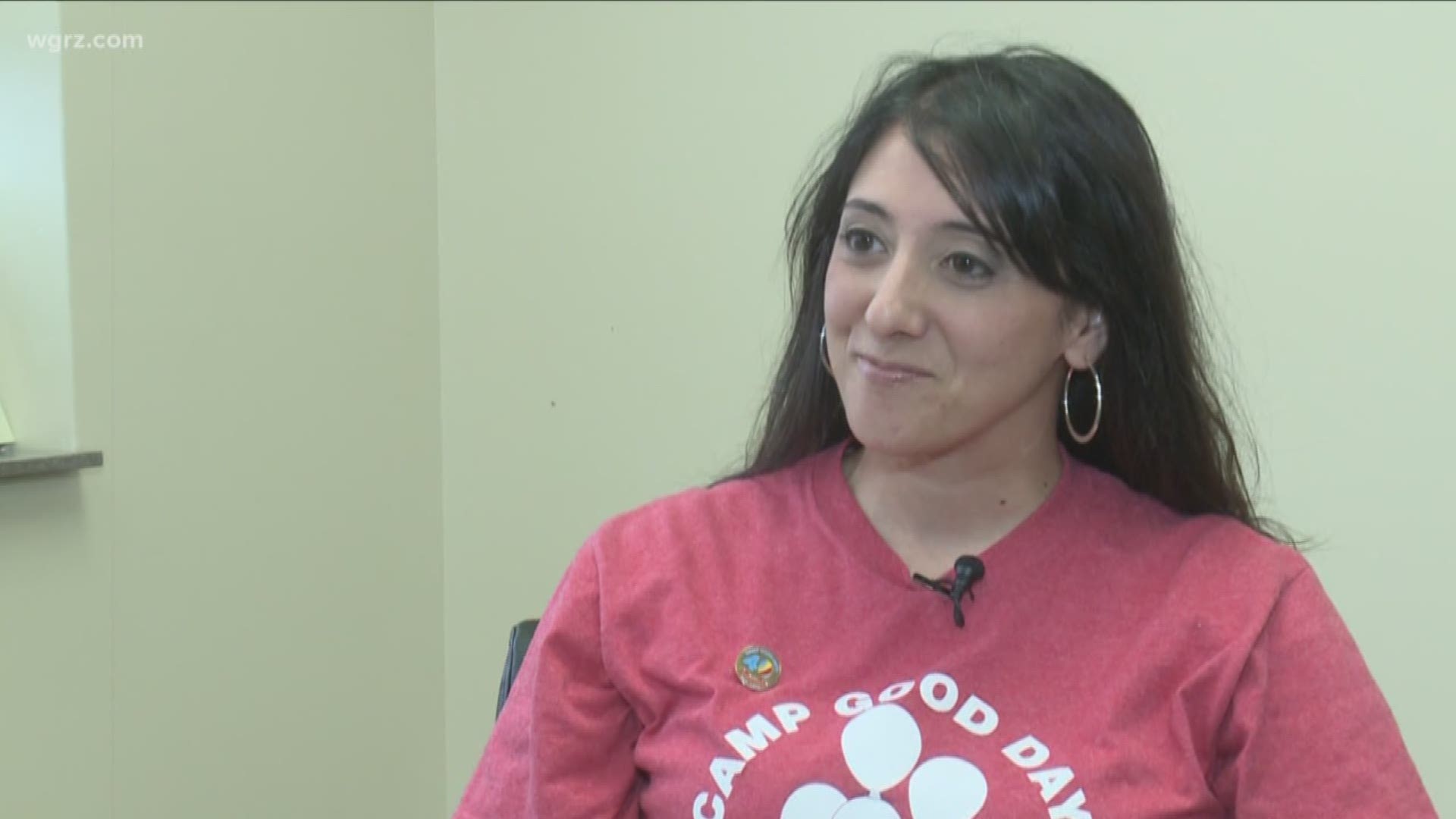 DEPEW, N.Y. — We are featuring the women who are leading Western New York's resurgence in our City Shapers reports this year, and this week 2 On Your Side's Kelly Dudzik tells us how one woman's passion for helping others is changing the lives of thousands of families touched by cancer.

If you've been to the World's Largest Disco, then you're familiar with Camp Good Days. This week's City Shaper is Lisa Booz. The Tonawanda native is the Regional Director for Camp Good Days and Special Times.

Booz was working for another non-profit, but when this job opened up she knew she had to apply. The mission of Camp Good Days is to help improve the quality of the lives of children who are dealing with cancer. And what that means has evolved over the 40 years since founder Gary Mervis' daughter, Teddi, was diagnosed with a malignant brain tumor.

"At the time in 1979, cancer was only whispered about. So, his daughter knew no one with cancer, especially her age, or in her class, or school district, and he noticed that his 9-year-old daughter, after having a 7.5-hour craniotomy, having radiation, having chemotherapy, the thing that bothered her most was that she didn't have any friends,” Booz said. "So he kind of made a promise to her and himself that this wasn't fair to any child, and that was when Camp Good Days was born."

That first year, 31 kids from Buffalo, 31 from Rochester, and 31 from Syracuse went to camp for one week to forget about cancer. Today the camp, now in a permanent location along Keuka Lake, is going strong.

"There's not enough words to explain how beautiful and serene it is, and you could just, you could just feel the magic of all the angels watching over you when you're down there, and all the kids having so much fun,” Booz said.

There are more than 50 events year-round.

"You name it, if it's a place that kids like to go, a theme park, a sporting event, a concert, our kids usually get to meet really famous people. Like they met Justin Timberlake the last time he came, that takes a lot of community and corporate support to make that happen," Booz said.

Booz and Camp Good Days help more than 1,000 children a year at a cost of $1,000 a kid per year. All that money is donated. The events also take a team of 500 steady volunteers to pull off.

"We are helping thousands of kids in Western New York with two staff. We are so volunteer run. More money comes in, more we can do with the kids," Booz says.

"As a part of the community, I think it's our job to give back," Booz said. "I really live by that philosophy, that OK, we can't change the entire world, but you just have to start with one person and it echoes down, and that's how I lead Camp Good Days, and I think that's really important in our community," she says.

But the most important thing to Booz is this: "We made a kid smile when it was the worst time of their life. We made a little bit of light in a lot of darkness," she says.

Camp Good Days is always looking for new volunteers. You could even help plan the big 40th anniversary event this summer. Booz also wants to get the word out about Camp Good Day's women's oncology program.

If you would like to nominate someone to be a City Shaper, send Kelly an email.