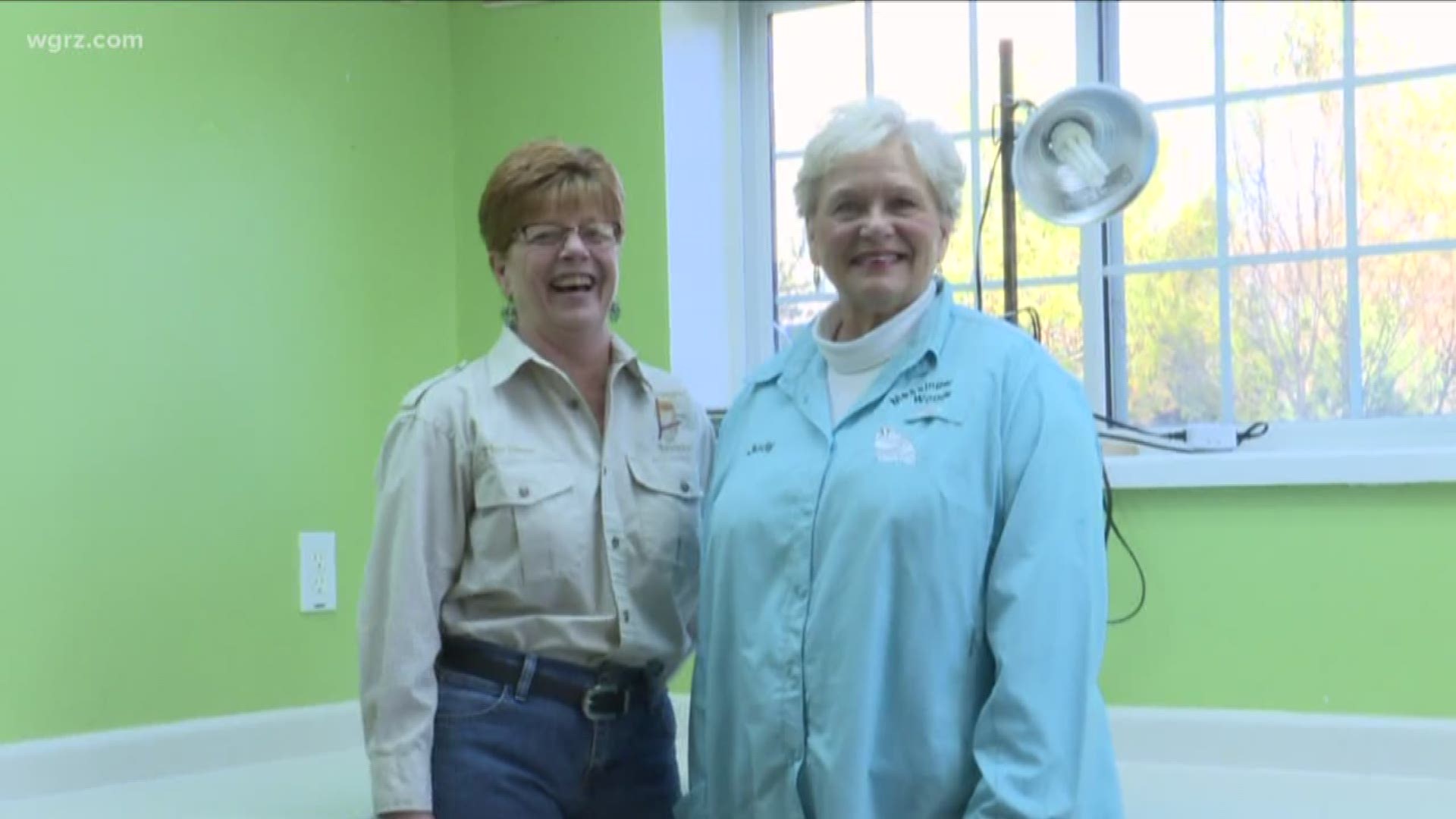 HOLLAND, N.Y. — Each Monday, we celebrate Western New York's City Shapers. This year, we're highlighting the women who are putting our region in the spotlight.

This week, 2 On Your Side's Kelly Dudzik shows us how two women are leading the way when it comes to helping Western New York's wildlife. Judy Seiler is the president of Messinger Woods, and Marianne Hites is the treasurer.

Together, Seiler and Hites are part of a team of 150 volunteers who care for sick and injured animals at Messinger Woods in Holland. The women got involved decades ago because they realized there was a need, although neither had a background in animal rehab. Seiler was a paralegal. Hites still works in sales.

"Coming in in the morning, you have probably 75 baby birds all screaming in there saying feed me, feed me, and boy, if the volunteers don't show up and we're not here, they're not going to get fed," Hites said. "So, the first thing in the morning, you're making all their formulas."

They work together to help the animals and train volunteers.

2 the Outdoors: Messinger Woods
Messinger Woods is perhaps WNY's most unique wildlife rehabilitation center. The woods are actually a collective of rehabilitators that came together back in 1996 to not only improve their ability to treat injured animals, but also to guarantee the health of the volunteers that care for them.

“We have that same mindset. Neither one of us are afraid to get bit, or scratched, or dirty," says Seiler. "You do what you have to do to get the animal where they need to be."

“I lean on her 100 percent," Hites said. "I've got an animal in trouble, and I'm at home, and I need somebody to help me, I'm picking up the phone and calling Judy. And I know she does the same."

And, they're both concerned about the impact certain aspects of Western New York’s resurgence are having on wildlife.

The most challenging aspect of what they do here is finding volunteers. They need 150 to keep the hospital running smoothly during the summer.

The most rewarding thing is releasing the animals.

"Bringing some of them in, and seeing the beauty of them, and just watching how they progress in your care, hopefully to the release of them, it's gorgeous," says Hites.

If you know a Western New Yorkers who would be a great City Shaper, just send Kelly an email.