BUFFALO, N.Y. — Each Monday, we're featuring some of the women who are part of Western New York's resurgence. This week's City Shaper is an urban planner who is passionate about saving abandoned homes.

Jocelyn Gordon is the executive director of BENLIC, Buffalo and Erie County’s land bank. She’s from Buffalo and still lives there.

Gordon got her graduate degree from UB in urban planning, then went to work for a Canadian firm before making a big life change.

"Just decided, here I live in Buffalo even though I've done all this traveling, but I'd like to really just have my base here," Gordon said. "I love this place. I love urban planning."

Gordon wanted to get into nonprofit management, so she got her master’s and started at the land bank about five years ago when it got off the ground. This year, the New York State public authority and 501c3 sold its 120th home in Erie County.

"Where does your funding come from? What are the funding sources?" Asked 2 On Your Side’s Kelly Dudzik.

"What I'm excited about so far, is that none of our funding is public," says Gordon.

The money comes from banks fined by the NYS Attorney General's office.

The land bank has the authority to use a "super bid" — meaning Gordon’s team has the preferred bid at public auctions. The mission is to return vacant lots and empty homes to productive use. Usually, the properties are tax foreclosures.

While some go to people who want to do their own rehab work, the land bank just redid a house in West Seneca.

“This home just has some lovely, old, beautiful woodwork, leaded glass, but it had just been sitting empty for probably over a decade, so we were able to get into the home, rehab it completely and this will go to likely to a first-time buyer," says Gordon. "So, it will go to somebody who has a moderate income who is able to meet the requirements, and they'll have the opportunity to own, maybe it'll be their first home."

"What gives you your passion to keep doing this?" asked Dudzik.

"Just seeing people willing to take that chance, whether it's just jumping in and becoming a buyer, jumping in and saying I'm going to get a great deal on this house, and I'm going to fix it up, it's so inspiring," says Gordon. "A rising tide lifts all boats. So, we're really lucky that the housing market is as strong as it is. So, we just keep being able to recycle our funds again, and again, so as long as the market's good, we're going to keep cranking and doing more houses.”

If you know someone who would be a great City Shaper, send Kelly an email. 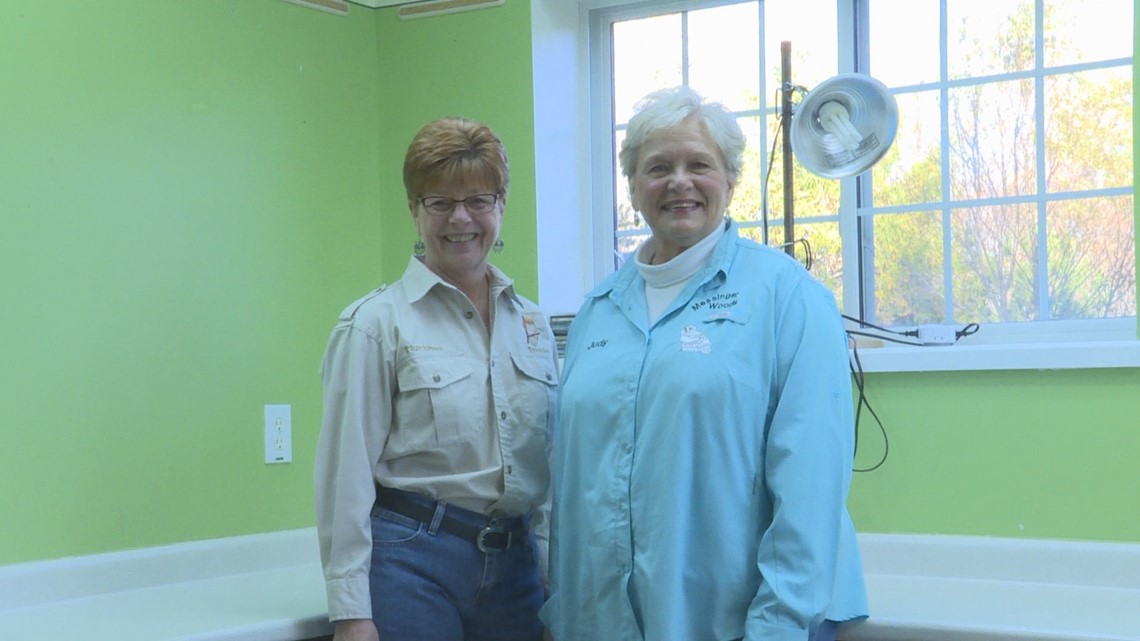 City Shapers: Judy Seiler, Marianne Hites
HOLLAND, N.Y. - Each Monday, we celebrate Western New York's City Shapers. This year, we're highlighting the women who are putting our region in the spotlight. This week, 2 On Your Side's Kelly Dudzik shows us how two women are leading the way when it comes to helping Western New York's wildlife.