Janna Willoughby-Lohr is the founder of Papercraft Miracles in Buffalo's Black Rock neighborhood. 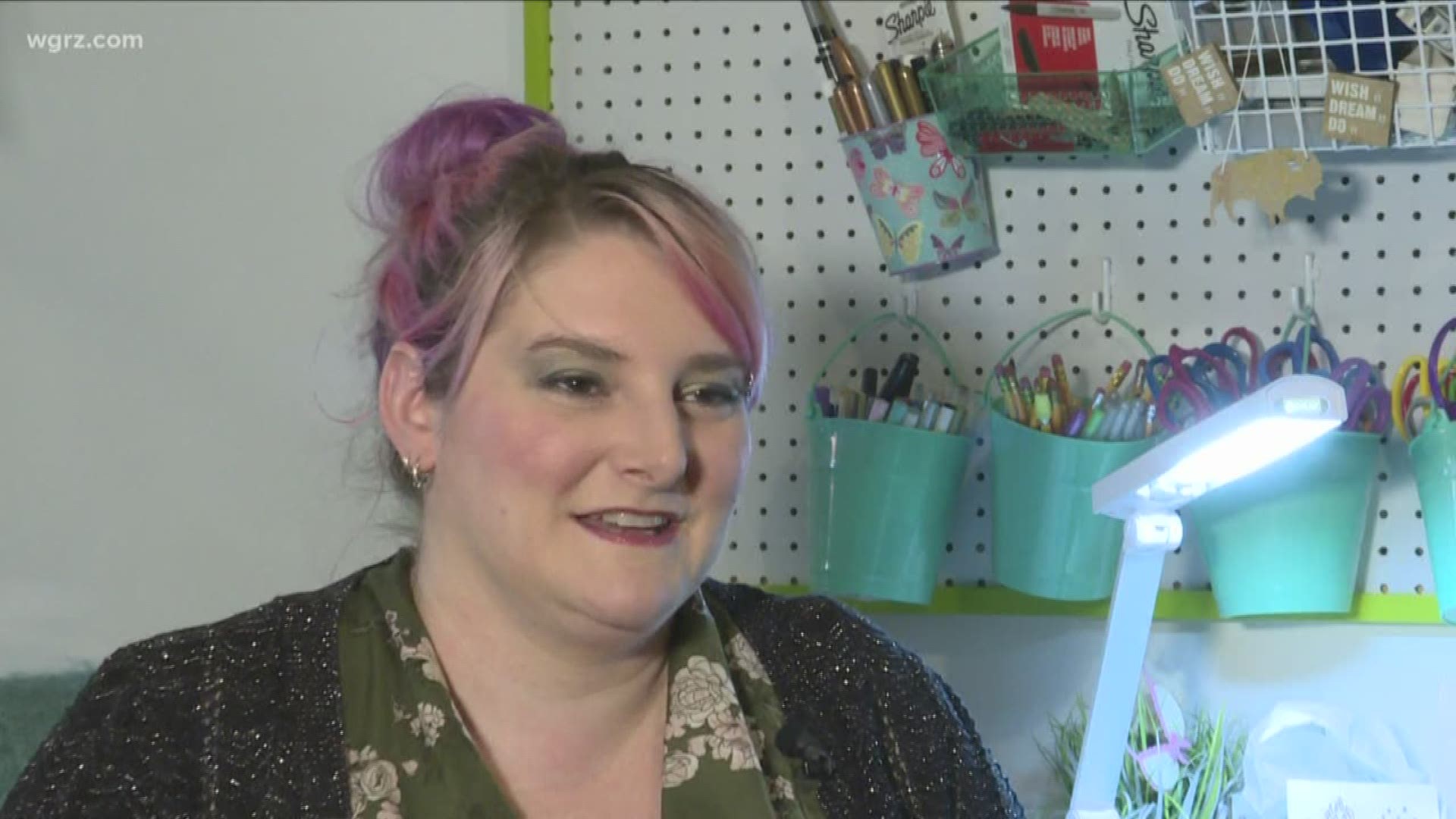 BUFFALO, N.Y. — Each week, we're featuring some of the women who are part of Western New York's resurgence. This week’s City Shaper turned her passion for making paper into a career.

Janna Willoughby-Lohr owns Papercraft Miracles and grew up in Buffalo. She lives above her business in Black Rock.

Papercraft Miracles specializes in sustainable weddings and events. Willoughby-Lohr makes everything from invitations to paper flower arrangements by hand. She learned how to make paper in college.

"Because you're creating something," said 2 On Your Side’s Kelly Dudzik.

"Some people just hate the way it feels," replied Willoughby-Lohr. "They don't like their hands being all wet and goopy. I love it. I love making paper."

College is also when she came up with the idea for her business. For a while, it was a side gig.

But in June of 2018, Willoughby-Lohr moved her office from a small upstairs bedroom to a space on the first floor of the building she owns on Niagara Street.

"When we bought this building, it was 2013, and aside from a couple of restaurants on this strip, there was nothing happening over here, and just being here, and kind of watching it all kind of come to fruition in front of us," she said. "And we have rental spaces too, so we have two other commercial tenants, so there's other businesses here because we're here, and that's just great. And we're just excited. There's new art galleries opening over here, and some new cafes over on Amherst Street, so it's really cool to be here and see it come back to life."

Willoughby-Lohr makes her paper in the basement and uses a lot of dried flowers. She makes sparkles with bits of rock.

Papercraft Miracles gets a lot of repurposed materials from other companies that would otherwise just throw them away. Willoughby-Lohr also uses things that are tough to recycle.

Right now, she's getting ready for Valentine's Day by making dozens of paper roses. And, she was just able to get her stationary into Earthlove, an eco-friendly subscription box.

In order for you to reach your goals, Willoughby-Lohr says, “Make sure you love what you do because if you don't, it's not worth doing. Life is too short."

If you know someone who would be a great City Shaper, send Kelly an email to nominate them.