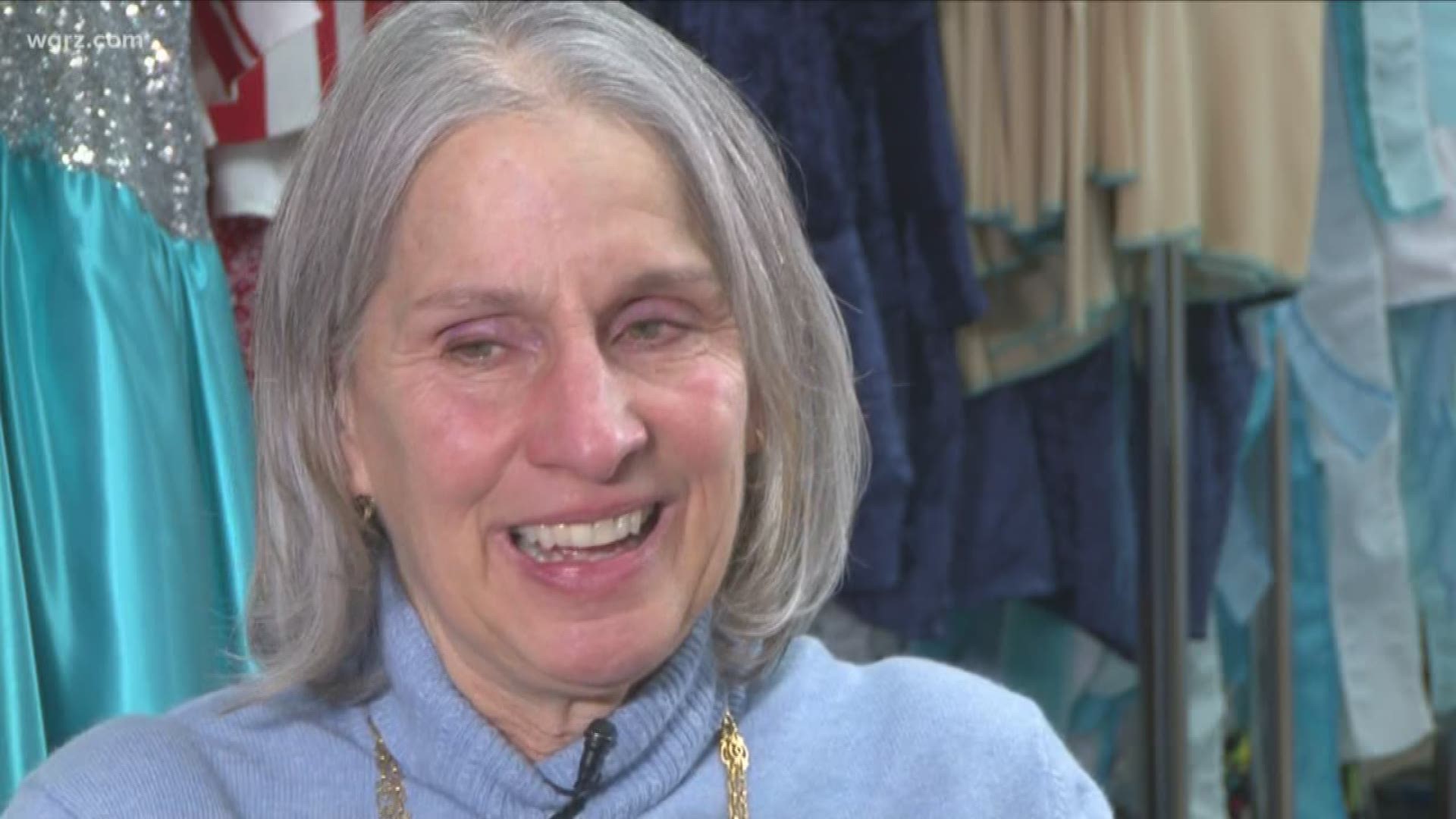 TONAWANDA, N.Y. — We're celebrating the women who are making Western New York shine in our City Shapers reports this year. This week, 2 On Your Side's Kelly Dudzik shows us how a Western New York native is helping people with disabilities excel on the ice.

Elizabeth O'Donnell is the Founder and President of Gliding Stars. O’Donnell grew up in Buffalo and lives in Hamburg.

O'Donnell started Gliding Stars more than forty years ago and was inspired by her childhood best friend's brother who was non-verbal. Gliding Stars is a skating program for people who are challenged by any type of disability. It’s also a non-profit.

"I toured with the Ice Capades, I was in the World Professional Championships many years ago as a pro, and so skating I've done for ever and ever, and I realized as a young adult that it might be helpful for people with disabilities to learn how to skate," says O’Donnell.

Gliding Stars has grown to include thousands of families with chapters in five states.

"What's it like to see somebody just open up and their world comes alive when they're on the ice?" asked Dudzik.

"It makes your heart just flood with joy, you know, it's really cool. And, sometimes on the sling walker, a little kid will come that's never been able to move on their own, and the ice is slippery, so there's a viscosity of ice that's very different than the ground, and they'll get in this walker that completely supports their weight, we call it the sling seat, their little toe picks will get in the ice and all of the sudden, their little face goes, and they never moved before on their own, people are always moving them. That's really fun," says O’Donnell.

"What's the reaction like from the families?" asked Dudzik.

"Hope. You know? They have a sense of hope again because it's hard, I mean, the families they have these kids that go through surgery after surgery, and it's really hard for them, you know, so I have a lot of empathy for those families, and I'm happy to be able to help them in some way," says O’Donnell.

O’Donnell organizes fundraisers throughout the year and the big ice show in the spring. She also has an equipment company. Rinks across the country buy her walkers to make skating accessible to everyone.

"What kind of advice do you have for someone who wants to do what you're doing?" asked Dudzik.

"Go for it. Find something that speaks to your heart, and just don't be afraid," says O’Donnell.

If you know someone who would be a great City Shaper for 2020, just send Kelly an email to nominate them.