This week's City Shaper moved to Buffalo in 2003 and decided in 2015 that he would open his own practice downtown. 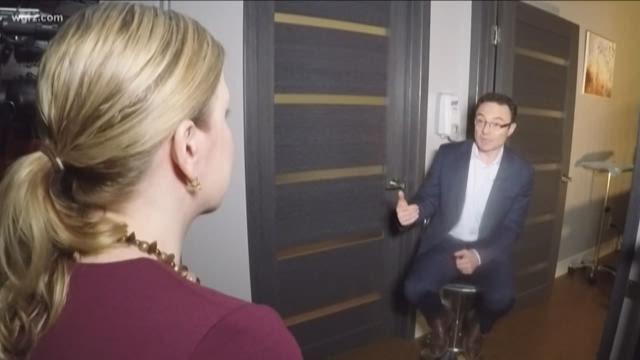 BUFFALO, N.Y. -- Each week in our City Shapers segment, we highlight the work of someone who is making a positive change or building a business in Buffalo.

This week, 2 On Your Side's Kelly Dudzik takes us downtown, where a doctor has designed a practice that doesn't feel like your everyday doctor's office.

"I got here in 2003, and people were asking why we wanted to stay. You know, the natives were asking. So I'm like, because it's a great town, and the schools are good, the people are friendly, and there's not a lot of time spent in traffic," explains Dr. Leonard Kaplan.

Dr. Kaplan grew up in Brooklyn and, after medical school, came to Buffalo for a fellowship with Buffalo Spine and Sports. He eventually became its medical director before branching out on his own. He chose to build his practice on South Elmwood Avenue.

"2015, it was a hole in the ground, so the Delaware North building was not there, and I was working with a builder, and they mentioned that I could have a space here, and it was just the perfect fit," says Dr. Kaplan.

Dr. Kaplan built OWM Buffalo from the ground up, with a focus on integrative medicine. His office combines traditional services with wellness services including yoga, a gym, spa, and private sauna.

"My wife, Beth, and I designed this space, and the whole concept was to create a space that was inviting, welcoming, warm, and healing," he says. "You come in, you don't feel threatened, you can see people coming in taking a big breath as they step through the door and kind of feel safe, and the healing starts before I even see them."

While Dr. Kaplan handles the medical procedures, he has hired many colleagues as he builds his business in Buffalo. Among others, he's hired a mindfulness therapist and several yoga therapists.

Dr. Kaplan says the yoga room - and yoga wall - are quite popular, especially with the downtown lunch crowd. Dr. Kaplan says he also embraces new techniques, including stem cell therapy, and that he's proud to be practicing in Western New York.

"Having watched the city rebound over the last ten years has been just thrilling. It's been great being part of that," he says.

If you would like to nominate a Buffalo City Shaper, just send Kelly an email with the nominee’s contact information and a short paragraph explaining why they’d make a great City Shaper.