Angela Hess is the second assistant chief at the Eggertsville Hose Company. 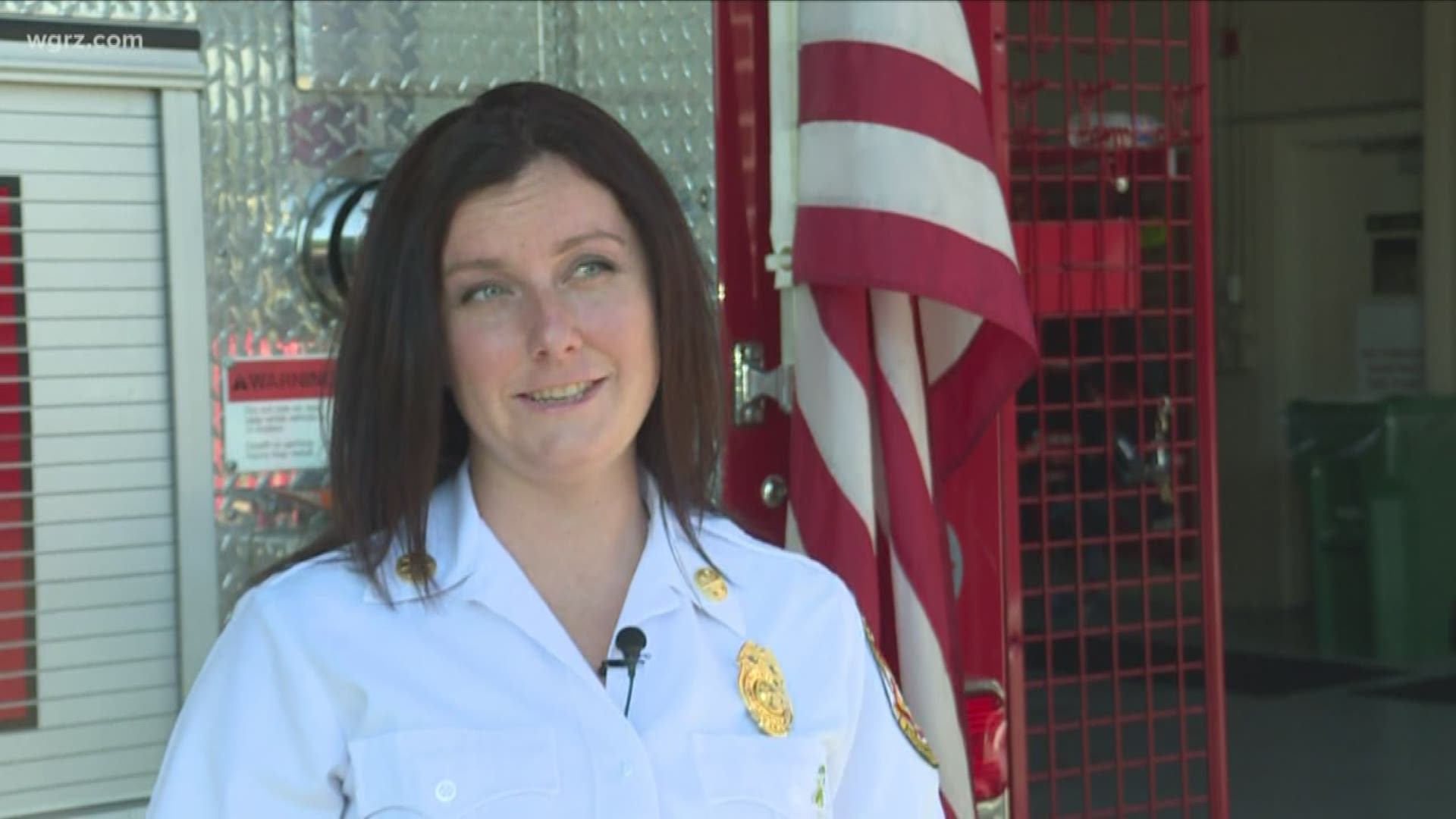 EGGERTSVILLE, N.Y. — Each Monday this year, we're celebrating the women of Western New York in our City Shapers reports. This week, 2 On Your Side's Kelly Dudzik introduces us to a high-ranking member of one of our local volunteer fire companies.

Angela Hess is the second assistant chief at the Eggertsville Hose Company.

Volunteer firefighting is something the Amherst native always knew she wanted to do.

"My father was a member prior to me being born," Hess said. "I believe he joined in 1981. So, growing up around it, I was always passionate for it. I would actually dress up and pretend to be a firefighter."

When she was old enough, she became a junior firefighter. Now, she's one of the fire company's chiefs.

"Really, we are one big family here," she said. "We can sometimes have our little disputes, but we love each other at the end of the day, so that's what it's like to be a woman here in the fire service."

When Hess isn't responding to emergencies as a firefighter, she's responding to them as a registered nurse in the emergency room.

"Kind of brings everything here full circle," Hess said. "I'm able to see first responders, EMTs that we work with in the field, and see them at work, too. Being able to help people, honestly, it just gives you a sense of gratitude, I don't know, to be there when people are in a time of need, so that's what makes me passionate about it."

She also gets to help animals every once in a while.

"Recently we just saved a cat out of a storm drain," Hess said. "I know for me, we've probably had two animal rescue calls in the time that I've been in that were not related to like structure fire or anything like that. So, you joke, and we actually do do that."

Hess says they are always looking for volunteers.

If you know a woman who would make a great 2019 City Shaper, send Kelly a nomination.