The family will pay it forward, too, pledging to make a donation for every car that drove by to pediatric cancer charities. 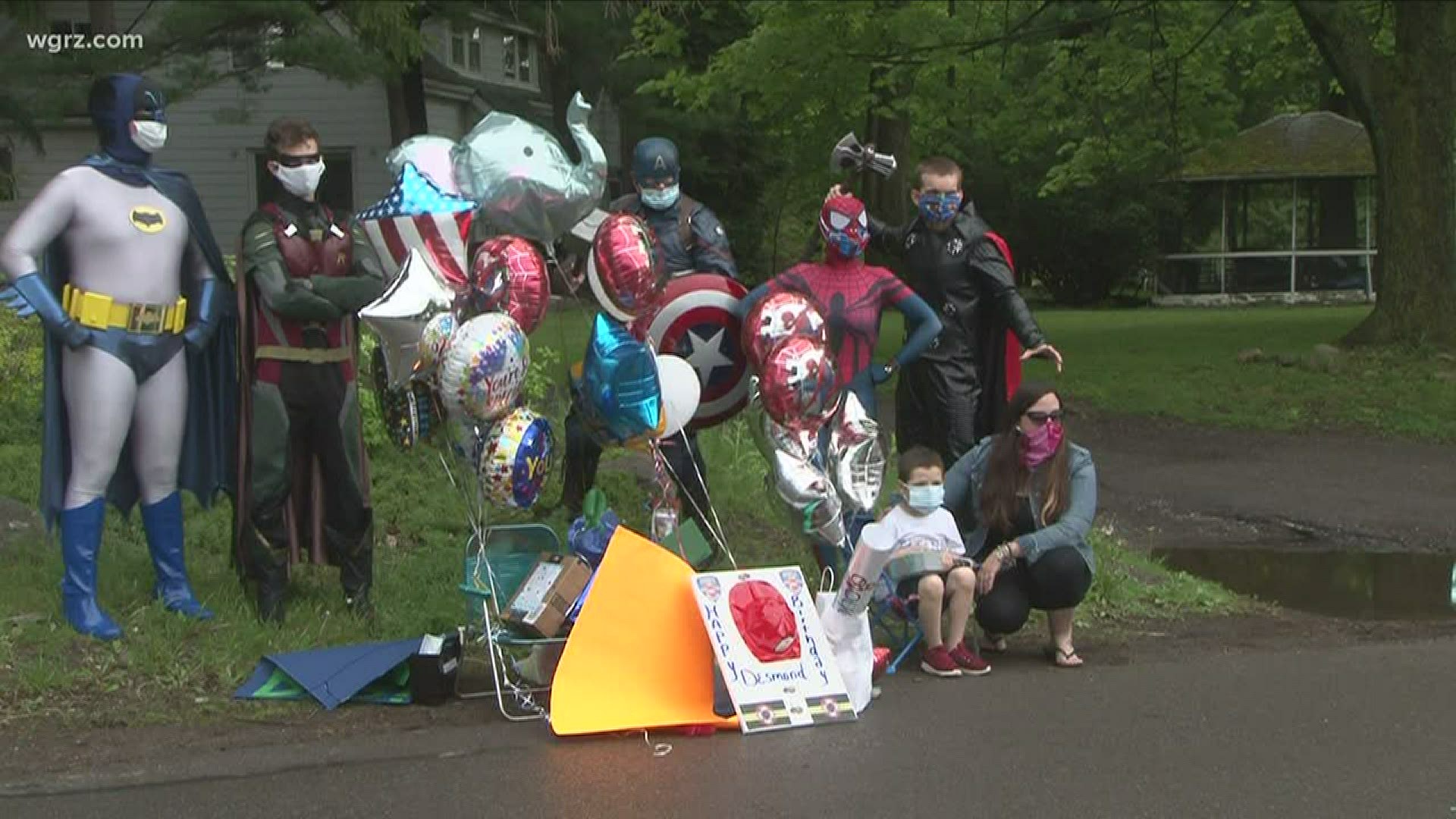 Cars lined up Saturday morning for 7-year-old Desmond, who's battling lymphoblastic leukemia. Not only was it a great show of support for him, but his family is paying it forward.

They pledged to make a donation for every car that drove by to pediatric cancer charities such as Make-A-Wish Foundation, Courage of Carly Fund, the PUNT Foundation, and Camp Good Days.

Desmond was diagnosed in January 2019. He has taken dozens of pills, has multiple doctors visits each month, and undergoes serious procedures, such as spinal taps.

Desmond is a superhero buff, and in November, he was surprised when he awoke from a procedure and found Captain America was waiting at his bedside.

Justice League of WNY lifts spirits of children in the hospital

RELATED: Buffalo to distribute $4.2M from CARES into housing initiatives