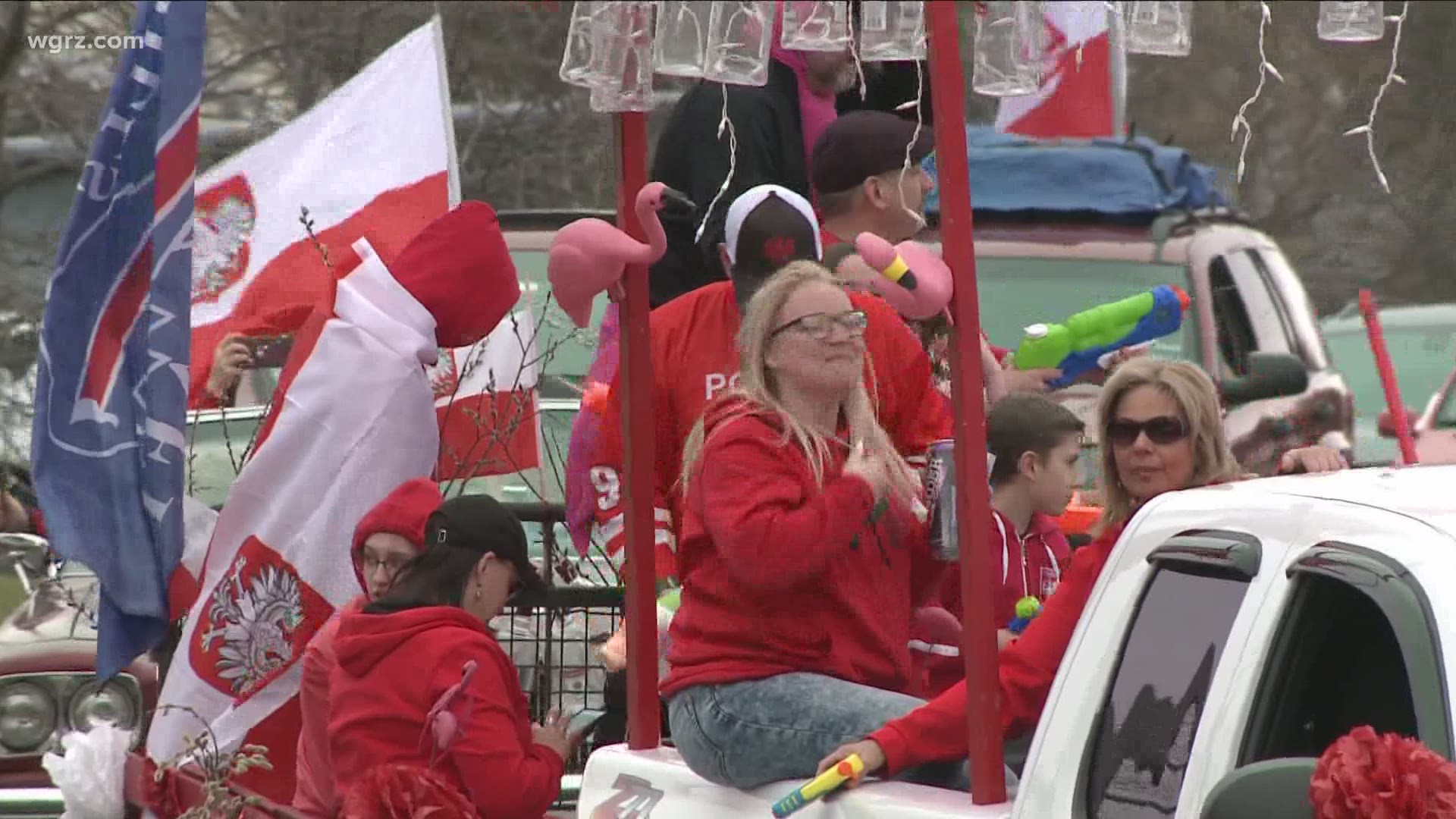 BUFFALO, N.Y. — It lasted less than a half hour or so, but indeed there was a Dyngus Day parade down Broadway to celebrate Polish pride on Buffalo's East Side.

It was cancelled last year due to COVID 19 concerns, but organizers were able to put together a brief event this year where participants stayed in vehicles or on floats. While the event can normally draw over 100 vehicles and towed floats, this year there were only an estimated 30 or so in that 10 block "Pussywillow Procession" as it was called.

Erie County Executive Mark Poloncarz had raised concerns that there could be groups assembled to watch the parade and that some may do so without proper distancing or masks.

But organizer Eddy Dobosiewicz told 2 On Your Side, "We have discussed our plans and strategy for months with all the authorities like the city, county, state, police, health department and everyone. We submitted plans and reviewed plans and we think we came up with a way that allows people to observe this Dyngus Day celebration in a very safe, very conscientious type of way."

Buffalo Police obviously did have a presence, but there appeared to be no problems.

Dobosiewicz also pointed out that there were no bars or other real establishments for people to gather along the short route. He also had encouraged people to stay home and just watch a live stream of the parade on their DyngusDay.com website.