Fight like Mike: A journey with pancreatic cancer and hope for greater awareness

'I refuse to just give up. I'm fighting as hard as I can for as long as I can,' Mike Wrazen said. 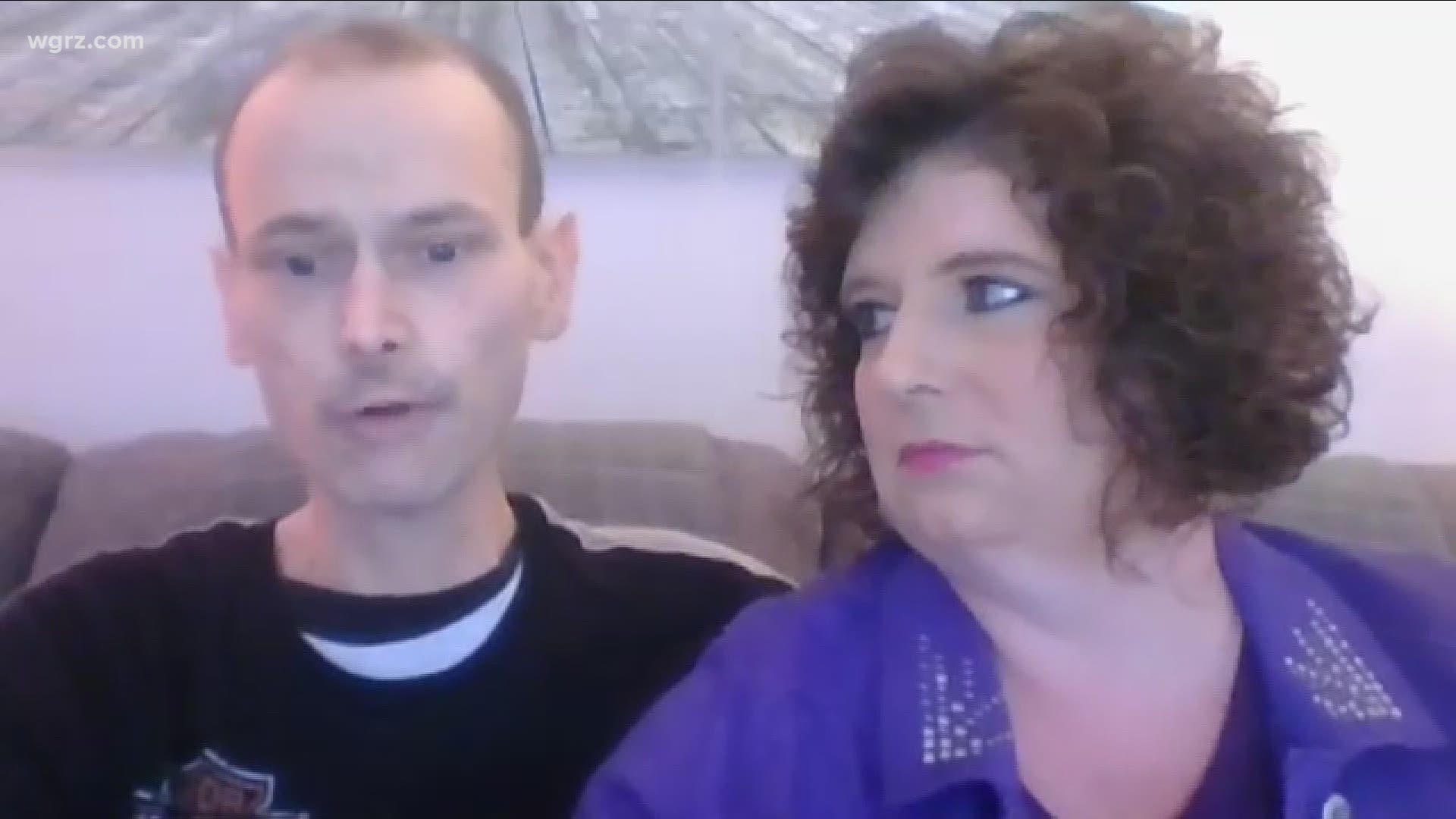 HAMBURG, N.Y. — The passing of "Jeopardy" host Alex Trebek has put a spotlight nationally on pancreatic cancer and all of the people it impacts, including one family in Western New York.

"I love Mike dearly. Mike is a fighter. I tell Mike every day, 'You have a tremendous amount of guts to get up and do what you do,' " Jill Swan said about her longtime partner Mike Wrazen.

Swan and Wrazen were childhood friends. They have been together since graduating from Frontier High School in Hamburg and now have a 6-year-old daughter, Gabriella.

In January, after months of rapid weight loss, pain and trouble eating, Wrazen was diagnosed with Stage 4 pancreatic cancer at just 42 years old.

"Unfortunately for the majority of patients, over 80 to 90% of patients, they are diagnosed at a later Stage 4 when survival is often short measured more in months, a year, two years," she said.

After months of rigorous treatment, Wrazen's doctors found it was no longer decreasing the size of his cancer. He recently started a new treatment path.

"The second treatment is really taking my wind away, it's not going as good," he said. "It's working as far as I can tell but it's really taxing on my body."

In the nine months since diagnosis, Mike has continued to go to work every day, but he has decided to spend more time with his family. His last day of work will be at the end of the month.

As he continues to battle for his life, he hopes his story will help spread awareness and hopes more people will get screened for pancreatic cancer.

"I refuse to just give up. I'm fighting as hard as I can for as long as I can," he said. "I would like to somehow get more awareness for men and women because women get this too, to get checked for this, and it should probably be starting around 25 years old."

Since the community was not able to host a benefit for Wrazen due to COVID-19 restrictions, a Go Fund Me has been created to help with medical expenses.