The lighthouse that reshaped a nation

The Unknown Story of the Horseshoe Reef Lighthouse 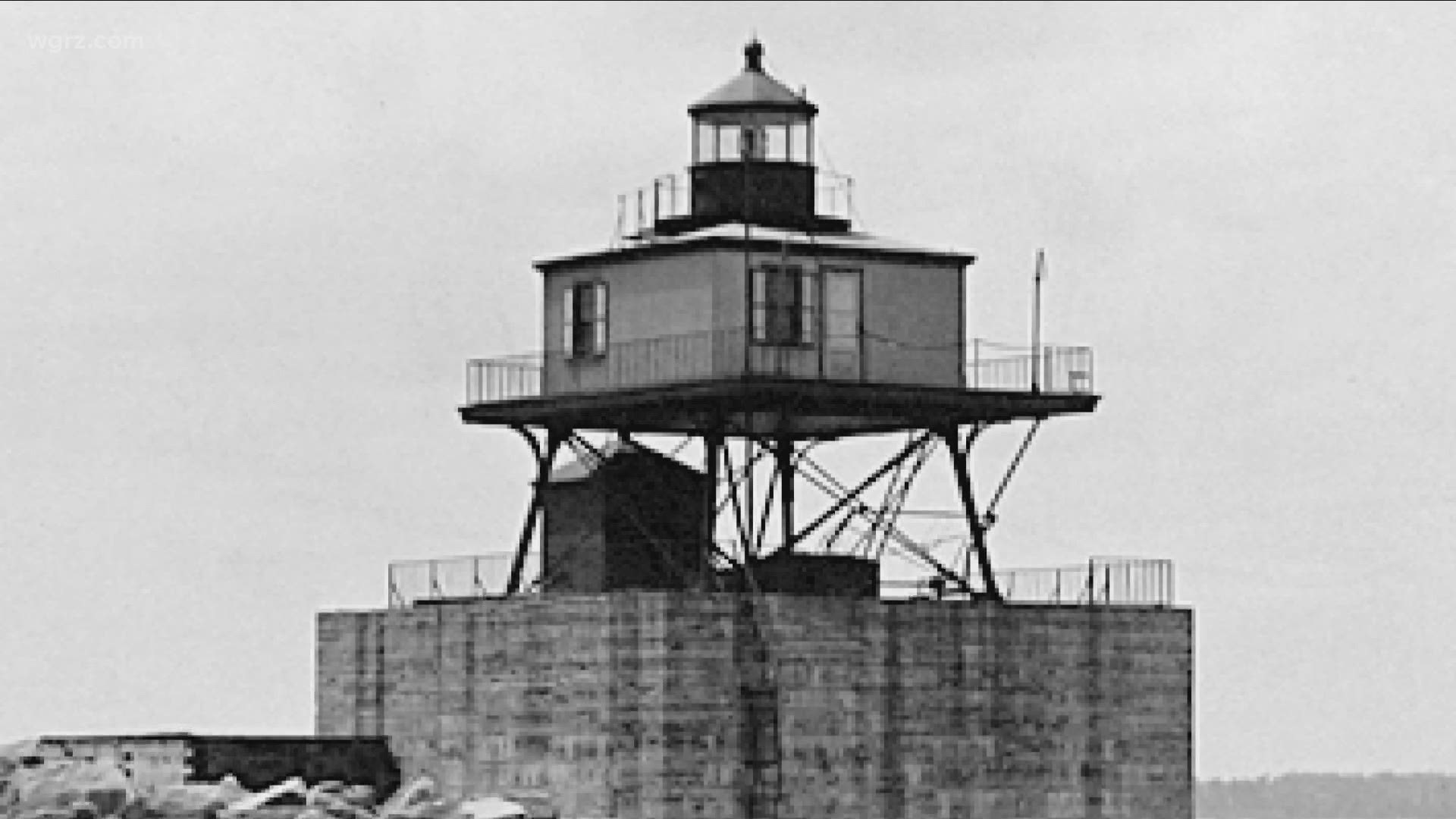 BUFFALO, N.Y. — Buffalo's waterfront has been the centerpiece of our redevelopment and resurgence as a city, but more than a century ago, a lighthouse actually reshaped our country. International boundaries were actually redrawn for what is now a crumbling structure that you probably have seen, and never given a second thought

It was around the time of the birth of Buffalo says Buffalo Lighthouse Association President Mike Vogel. "If you think about the harbor back in 1856 there was no break water separating the Black Rock Channel from the river itself ". Buffalo already had a light marking it's harbor, but the booming lumber and milling industry upriver made navigating the tricky maze of shoals at the mouth of the Niagara a priority. And so in 1849 congress approved funding for another lighthouse, with a particular emphasis on being sturdy enough to stand up to the ice flows and current. "It is only about 30 years after the opening of the Erie Canal in this harbor was really bustling" says Vogel.

It was no easy task getting the lighthouse built. Obviously, with the current, construction was a challenge but there was another problem. Middle Reef, which is where the lighthouse stands is actually in Canadian waters. With the war of 1812 not that far in the rearview mirror, what followed was a decade-long exercise in diplomacy. It took an agreement between Queen Victoria and United States President Millard Fillmore. Ultimately, both countries realized the benefits and Canada ceded an acre of underwater land.

This morning on #Daybreak another #UnknownStoryofWNY The Horseshoe Reef Lighthouse, and how it literally reshaped our country. The story is coming up at 6:40. pic.twitter.com/3FJaYlWyhT

Construction began in 1855. Four iron columns were anchored into a pier in the reef. A single story wooden building was built above, topped by an iron lantern room. Standing fifty feet above the river, when the light was first illuminated on September 1, 1856, it could be seen from up to ten miles out in the lake.

In 1908 there a boundary commission was named and in 1913 they decided that the easiest thing to do would be to move the boundary so the lighthouse was actually in U.S, waters, so it actually changed the shape of the country.

In 1907 the city built the water intake that still stands today. A year later they placed a beacon atop it, rendering the old Horseshoe Reef Light obsolete. It is now a skeletal reminder of the lighthouse that literally reshaped a nation, a sanctuary for birds, and a water-bound chapter of the Unknown Stories of WNY.