Trump's event, called 'Salute to America,' will include music, military demonstrations and flyovers. 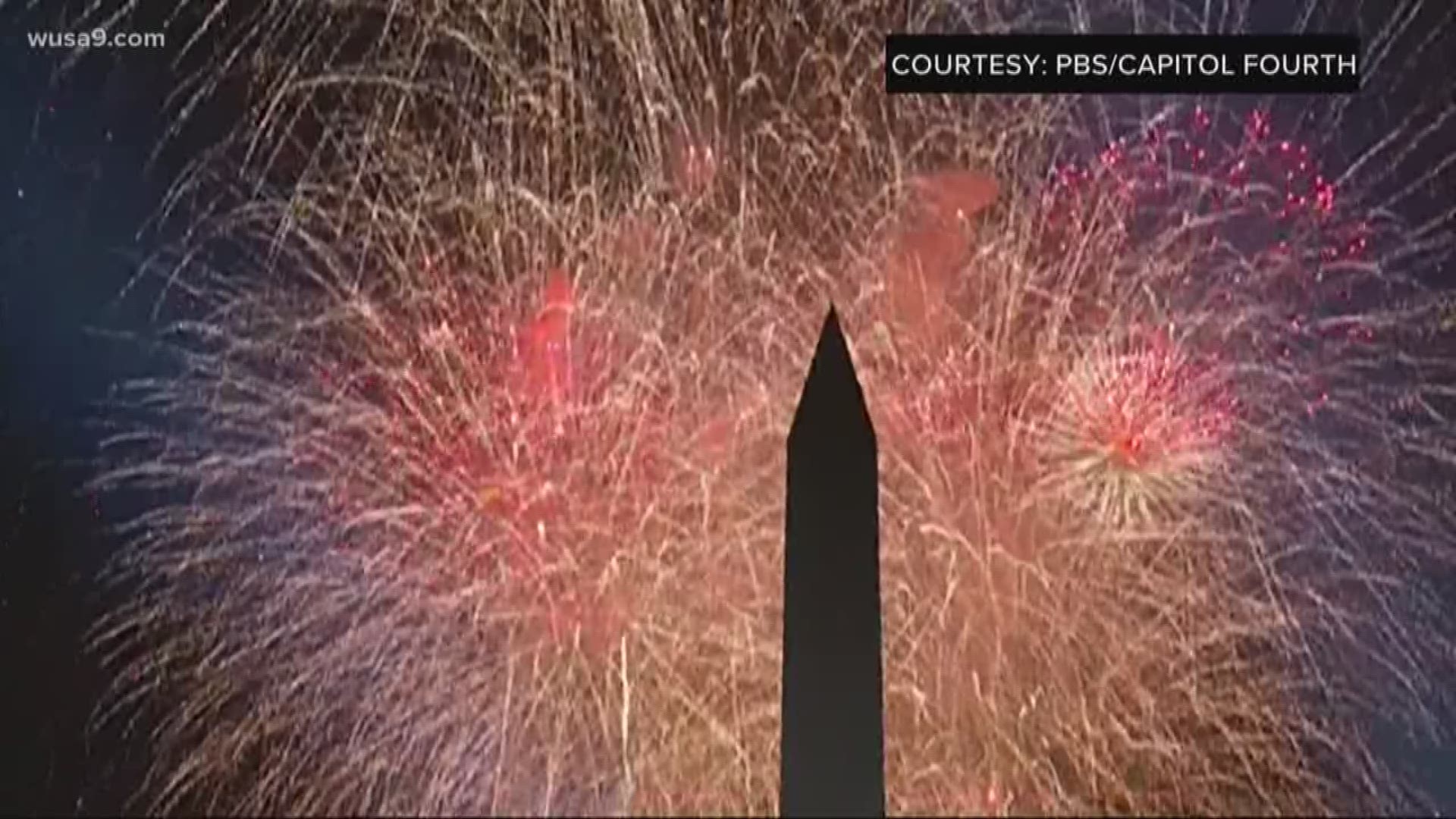 Federal lawmakers, local officials and others have expressed concern that Trump could mar what traditionally is a nonpartisan celebration of the nation's founding by delivering an overtly political speech. But Interior Secretary David Bernhardt announced Wednesday that Trump will use his remarks to honor the five branches of the U.S. military.

Bernhardt also announced that the World War II Memorial and areas around the Lincoln Memorial Reflecting Pool will be open to the public for the first time in recent memory for viewing the annual fireworks display, which is being moved closer to the Lincoln Memorial from the Washington Monument.

Trump's event, called "Salute to America," will include music, military demonstrations and flyovers.

“There is no more appropriate place to celebrate the anniversary of American independence than among the Nation’s monuments on the National Mall and the memorials to the service men and women who have defended the United States for the past 243 years,” said Bernhardt in a release. “For the first time in many years, the World War II Memorial and areas around the Reflecting Pool will be open for the public to enjoy a stunning fireworks display and an address by our Commander-in-Chief."

Officials said they expect to have more details on security and road closures for the event before the end of June.

The following is a list of scheduled events, with italics for the government's description:

Co-sponsored by the National Park Service and the National Symphony Orchestra, A Capital Fourth honors our nation’s 243rd birthday with an all-star salute of the best in American entertainment. Gates open at 3 p.m.

Independence Day culminates with a spectacular fireworks display over the National Mall. The fireworks will be launched from West Potomac Park and behind the Lincoln Memorial. They will be visible from locations throughout D.C. and Northern Virginia.

For more information about the scheduled events, click here.

(Copyright 2019 The Associated Press. All rights reserved. This material may not be published, broadcast, rewritten or redistributed.)