Last year the program provided gifts for more than 7,400 children in Erie and Niagara Counties. Officials were seeking bigger numbers this year. 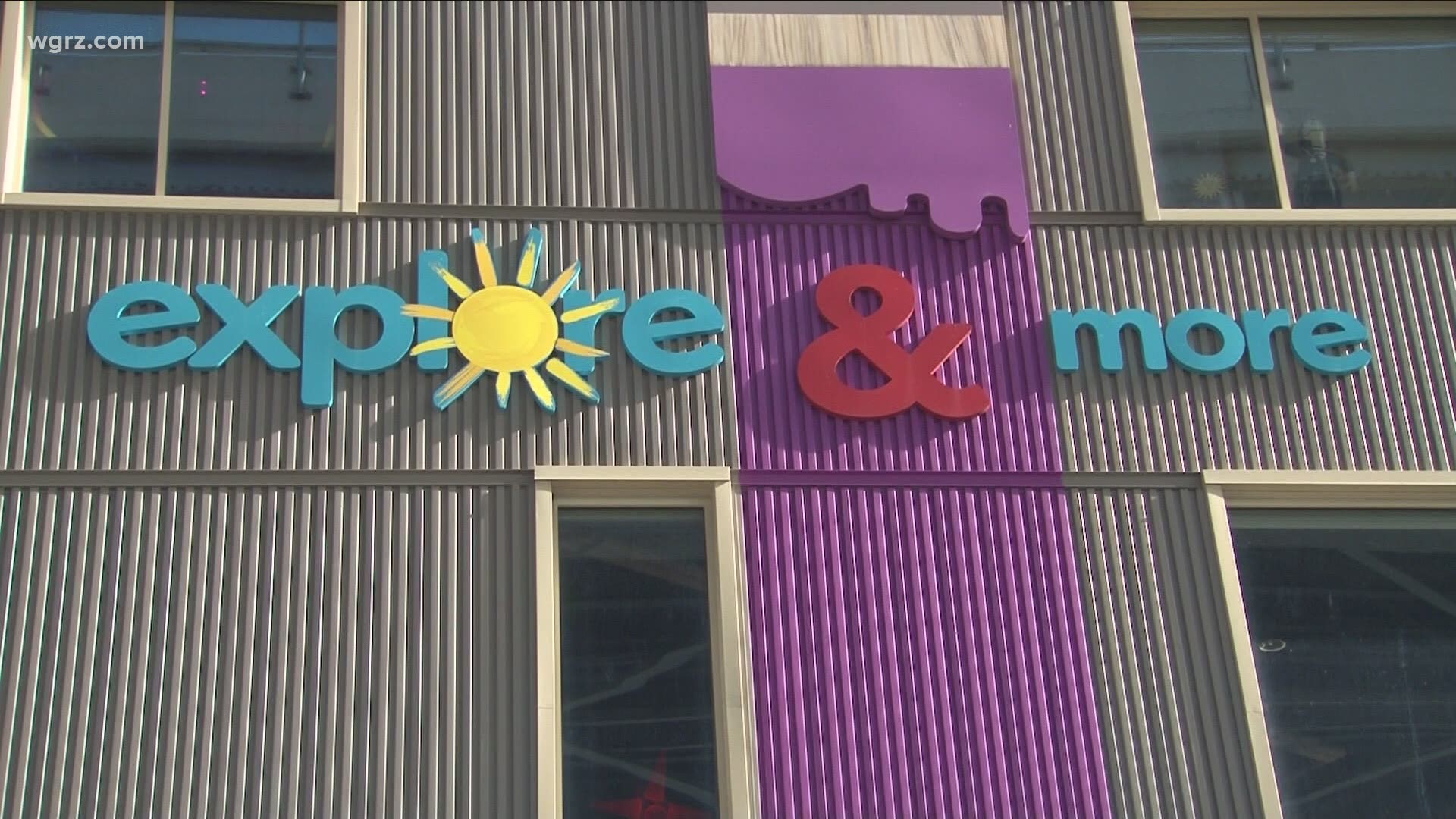 BUFFALO, N.Y. — Explore & More Children's Museum at Canalside kicked off the holiday season Saturday by giving back to the community.

Social distancing was in effect, and gifts were collected for the Toys for Tots toy drive. The program distributes thousands of gifts donated by the community to children in Erie and Niagara counties each year.

"The need is higher than it has ever been," said Kim Reynolds of Resurrection Life Food Pantry. "Unfortunately the financial aspect of it is we've lost some big donors because of the economic problems due to COVID."

Last year the program provided gifts for more than 7,400 children in the two counties, and they were seeking bigger numbers this year.

"We're really concerned about what that's going to look like, especially given we've just entered an orange zone, so people aren't going to be out shopping this year," Kelly Dodd of the Western New York Holiday Partnership told 2 On Your Side before the event.

"We know a lot of people have been hit hard by the pandemic and the economy, so I think we're facing a challenge of both increased need and decreased donations this year which is why we're so excited to be partnering with Explore & More for this toy drive."

Toys for Tots is most in need of new, unwrapped gifts for children ages from ages 8 to 12. Click here for their Amazon wish list. If you would like to apply to receive a gift from Toys for Tots this year, call 211.