A recent study found the number of Christmas tree farmers is decreasing. 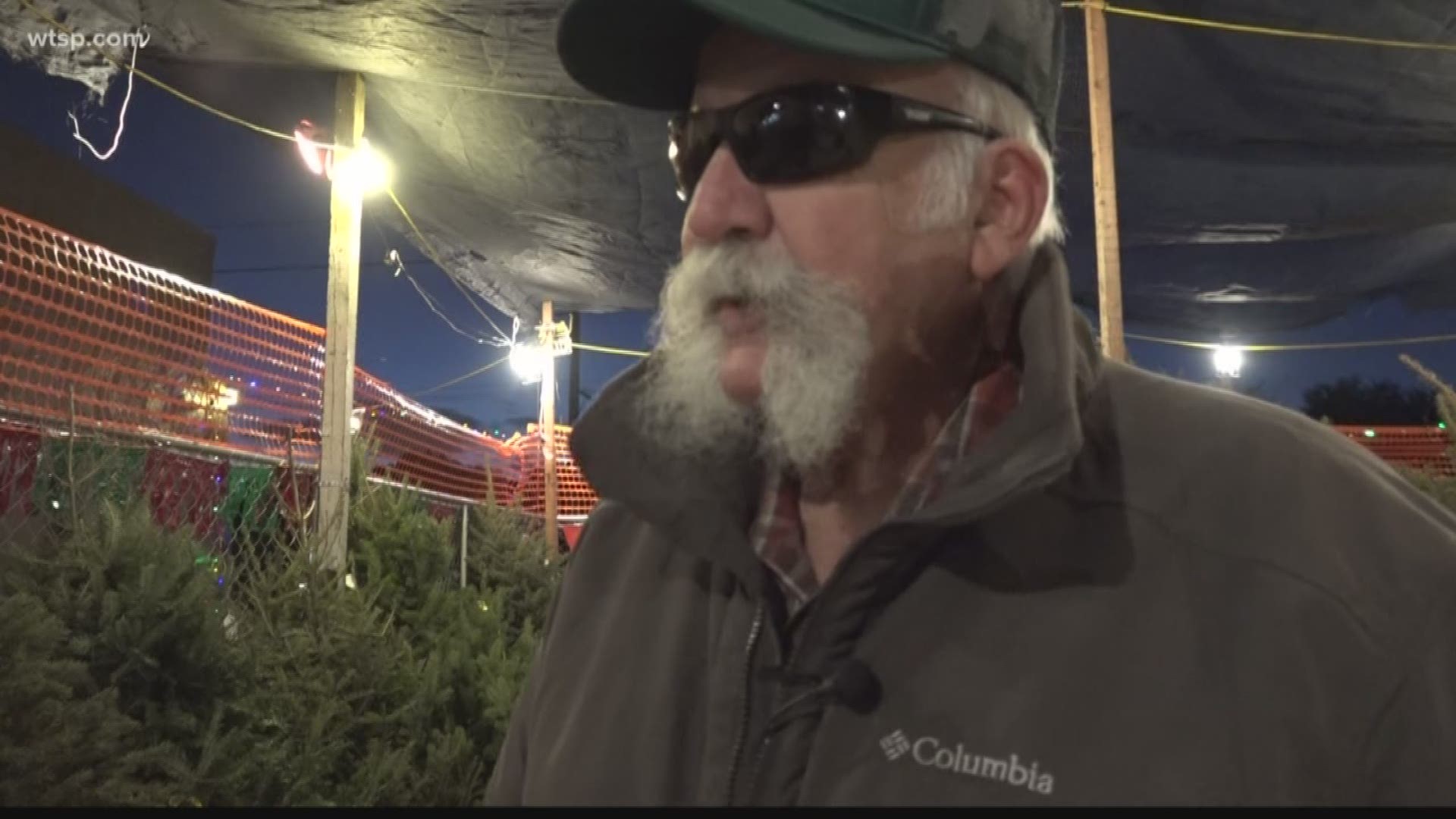 TAMPA, Fla. — Have you noticed there's a high demand for Christmas trees this year?

CBS News says millennials prefer the real deal over plastic trees. They also say there could be a shortage of trees this year.

There might be another obstacle in coming years as well-- fewer farmers.

Workers at "Great Lakes Christmas Tree Farms" in Tampa are busy tonight.
The owner, John Sansone, says the long hours he works this time of year are worth it.

"Especially at the holiday times, you get to see kids and families come in, it's that time of the year when families are close together," Sansone told 10News.

He says the trees came from his farm in Michigan, and you could say growing Christmas trees is in his blood.

"We've been involved in Christmas trees for four generations. I'm the fourth and my two sons are the fifth," he said.

Sansone doesn't plan on retiring any time soon, and eventually, his plan is to pass on the business to his kids. But, he says he's noticed many other aging Christmas tree farmers choosing a different path.

"A lot of farms that have been around for years, the cost of doing business has risen substantially, so the land might be worth more than the keeping the farm going and farming," he said.

A study from Indiana University found the number of Christmas tree farms there is decreasing quickly and younger farmers aren't stepping in to replace them.

Sansone says between climate change and a variety of other factors, his job has gotten a lot harder than when he started.

"A lot of the new generation, they more or less go onto different ventures and different occupations and are definitely phasing out of the tree business," he said. "It just seems like today's generations, kids don't want to work 20 hours a week, seven days a week."

Wednesday, a representative with the Florida Department of Agriculture & Consumer Services told 10News that the number of Christmas tree farms in Florida, however, has increased in past years. They did not know if the average age of Christmas tree farmers was increasing, but they said the average age of farmers in Florida has not changed from 2012 to 2017.

RELATED: Florist shares photos of his time decorating the White House for Christmas