Gym memberships on the rise, fitness centers not out of the woods yet

Gov. Andrew Cuomo announced earlier this week that starting May 15, all gyms can expand from 33 percent capacity to 50 percent. 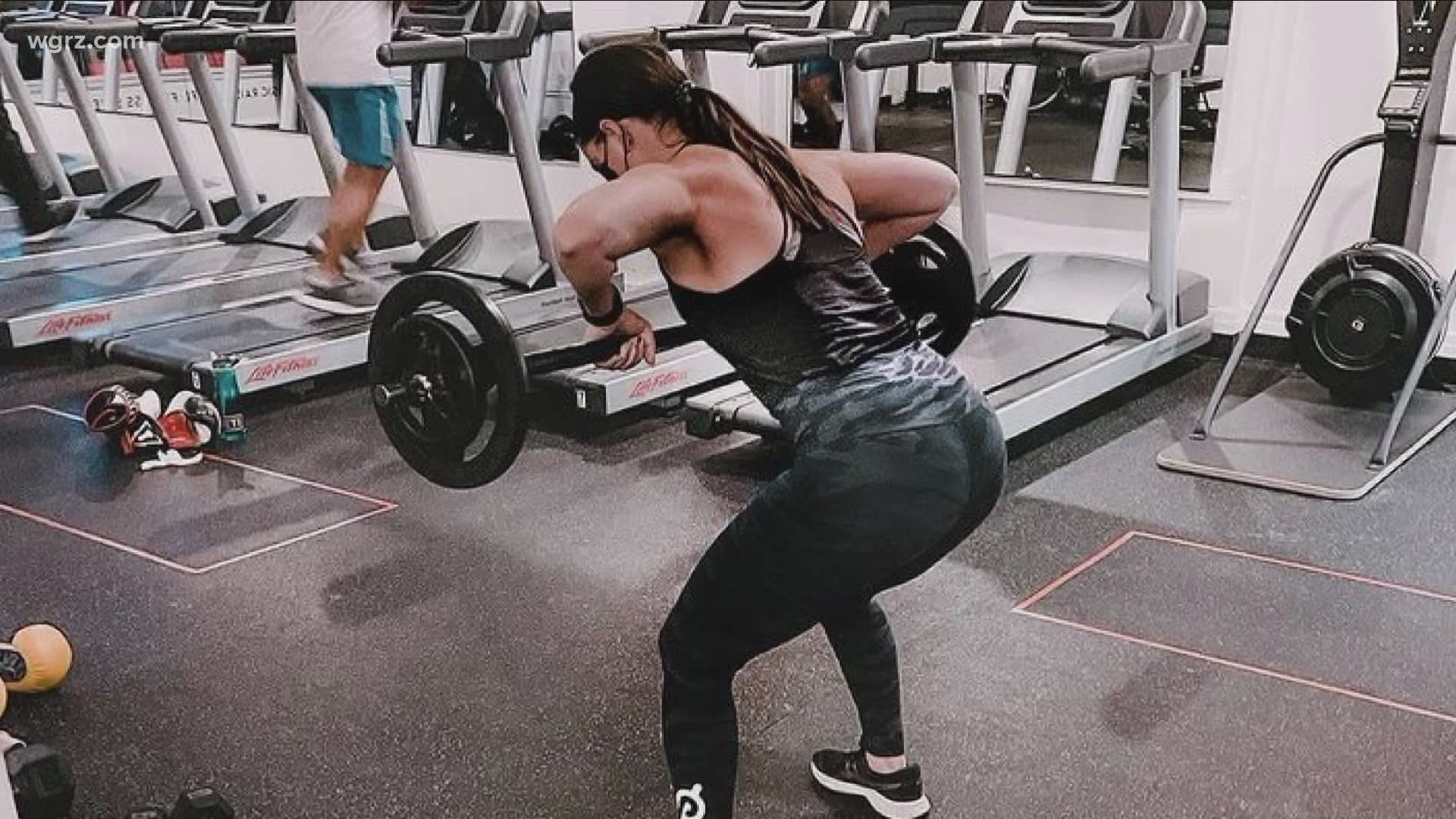 BUFFALO, N.Y. — Alexandra Chambers fell in love with fitness as a teenager, so much so, she eventually opened up Sweat Society on 1382 Hertel Avenue in June 2018.

It didn't take long for the gym to become a success.

"We ended up outgrowing our space a little bit before COVID happened. Then COVID happened so obviously that put everything on pause," Chambers said.

Sweat Society was one of many gyms across Western New York left in limbo, getting shut down twice, and even having to hold classes on the sidewalk out front to sustain business.

Since gyms reopened a second time, more and more people are either renewing their memberships or starting new ones.

"I remember the first time I saw a waitlist. It was the most amazing thing ever because I hadn't seen it in almost a year and a half," Chambers said.

Now Sweat Society can finally grow into a new space at 1585 Hertel Avenue in mid-July. It's double the current space's size, with two floors and it'll also allow for a full-service open gym.

Gov. Andrew Cuomo announced earlier this week that starting May 15, all gyms can expand from 33 percent capacity to 50 percent.

"We're still only at that 33 percent that we're capped at. And as more people come back, we do have some times where we have to hold people off because of the numbers," Bueme said.

She attributes more people coming back to the gym because of the vaccine and the mental and physical toll the pandemic has had on everyone.

Just because memberships are on the rise, it doesn't mean fitness centers are done feeling the effects of the pandemic.

"There's thousands of members that either froze, that still have not come back or we're not collecting dues from, or they have quit. We're still not in the clear at all," Bueme said.