What's the Most Buffalo chicken sandwich?

2 On Your Side sent Nate Benson out to figure out this hard-hitting story. 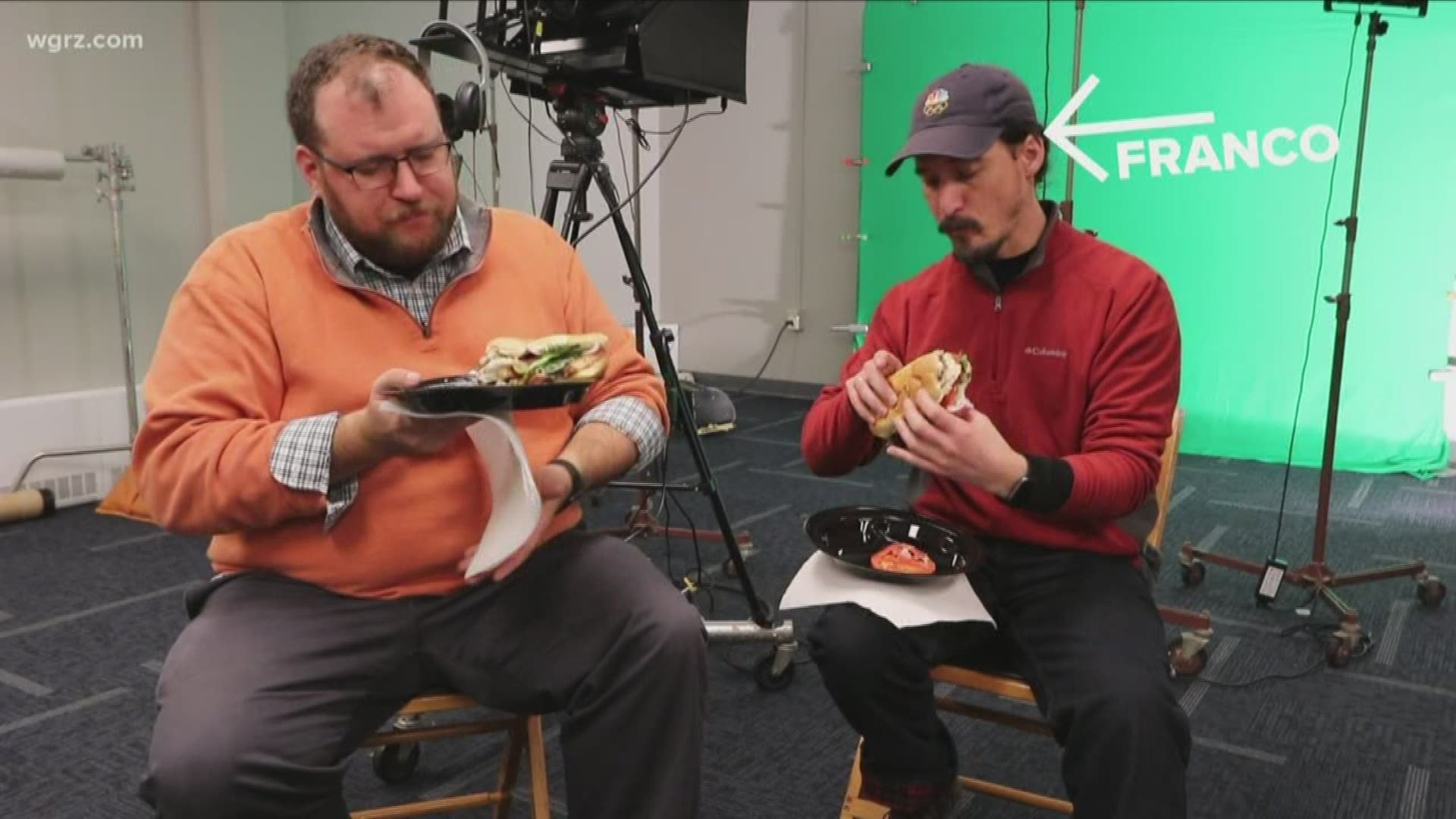 BUFFALO, N.Y. — While a large group of Western New Yorkers stood in line for the latest Chik-Fil-A opening in Cheektowaga, we wanted to know what the Most Buffalo chicken sandwich was.

We first traveled across the mighty Skyway into Hamburg, the home of a legendary chicken sandwich at Hoak's.

Normally we camp out at Hoak's when mother nature is wreaking havoc on the Lake Erie Shoreline. We all remember "ice car." But Hoak's is a destination restaurant along Route 5, and their chicken sandwich is legendary.

"The thing will fill you up for a day and a half," said one patron off-camera who asked to remain anonymous because they called in sick to work.

"I've had at least 200 of them, easily," said Kevin Hoak, the third-generation owner of Hoak's.

"The sandwich was created in 1988, we do everything fresh," he continued. "Fresh chicken breast, we make our own Buffalo sauce. Everyone seems to enjoy them and they keep coming back."

Hoak told WGRZ that they easily sell 50 of the large sandwich every day.

Another chicken sandwich of legends can be found at Cafe 59 in the heart of Allentown. The popular lunch spot on Allen Street is home to a diverse menu, but its chicken sandwich brings people from far and wide.

"It's the best chicken sandwich in Buffalo," head chef John Hart said. "I make no bones about it when I say that."

Hart says the ingredients and fresh chicken the restaurant sources is part of the sandwich being so good, but its saving grace is the blue cheese.

"We make our own blue cheese in-house. That's the secret." he said.

We asked viewers on Twitter what they thought the Most Buffalo chicken sandwich was, and the responses didn't disappoint:

It's fine if you want fast-food chicken, but Buffalo is home to some of the "most" delicious chicken sandwiches.

RELATED: Celebrating 6 months of Most Buffalo