First came the Pumking ale, which has notes of cinnamon, nutmeg and vanilla. Now comes Pumking Whiskey, which will be available in New York in early September. 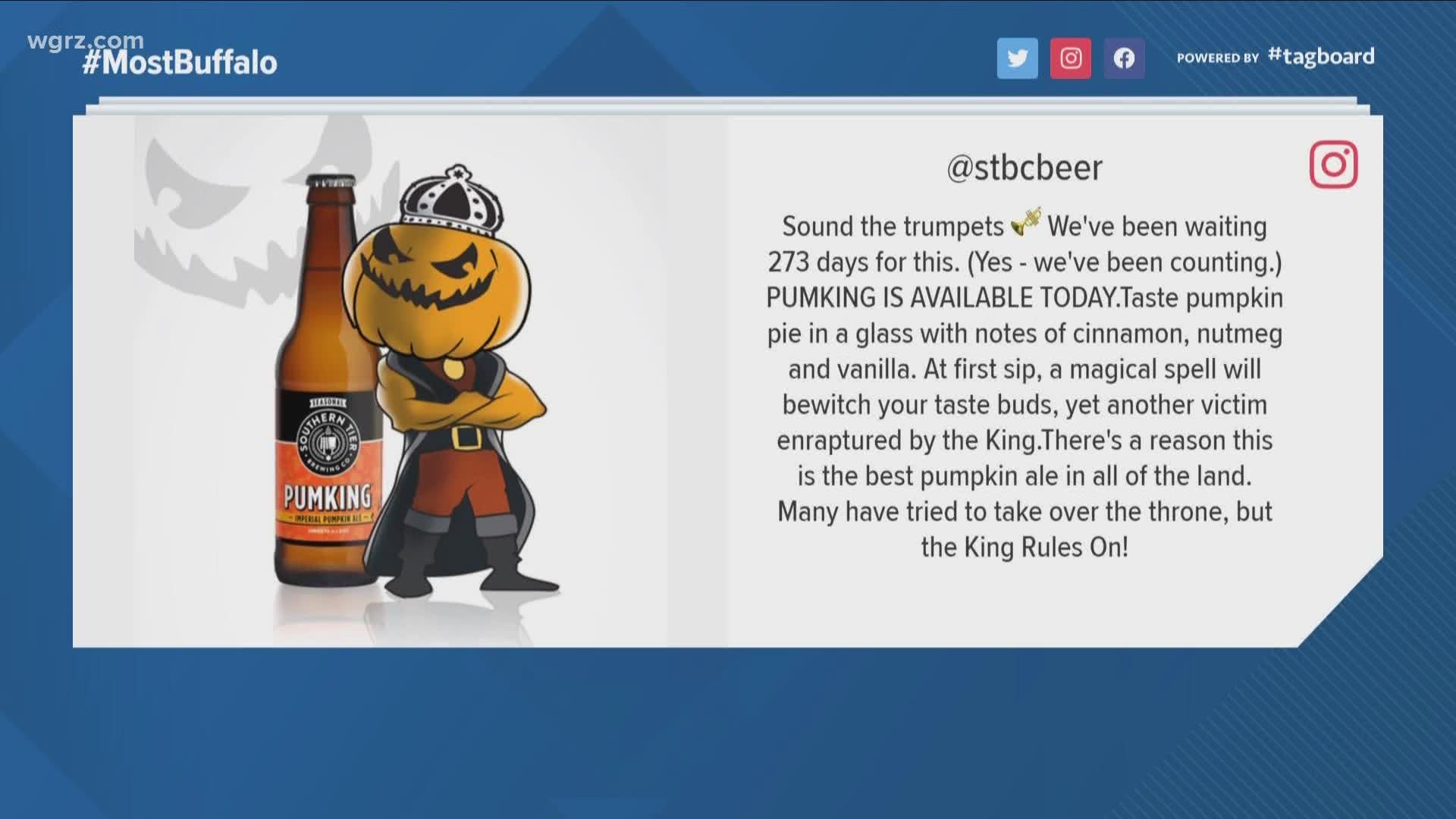 BUFFALO, N.Y. — We are still a few months away from October, but that's not stopping Southern Tier Brewing Company from getting in the Halloween spirit.

Its popular Pumking beer is now available. It's a pumpkin ale that has notes of cinnamon, nutmeg and vanilla.

Southern Tier Brewing also has its own brand of Pumking whiskey. Its Pumking Whiskey will be available in New York in early September.