Places that are staying open encourage customers to pre-order, given how business has been comparable to their Super Bowl orders during this postseason run. 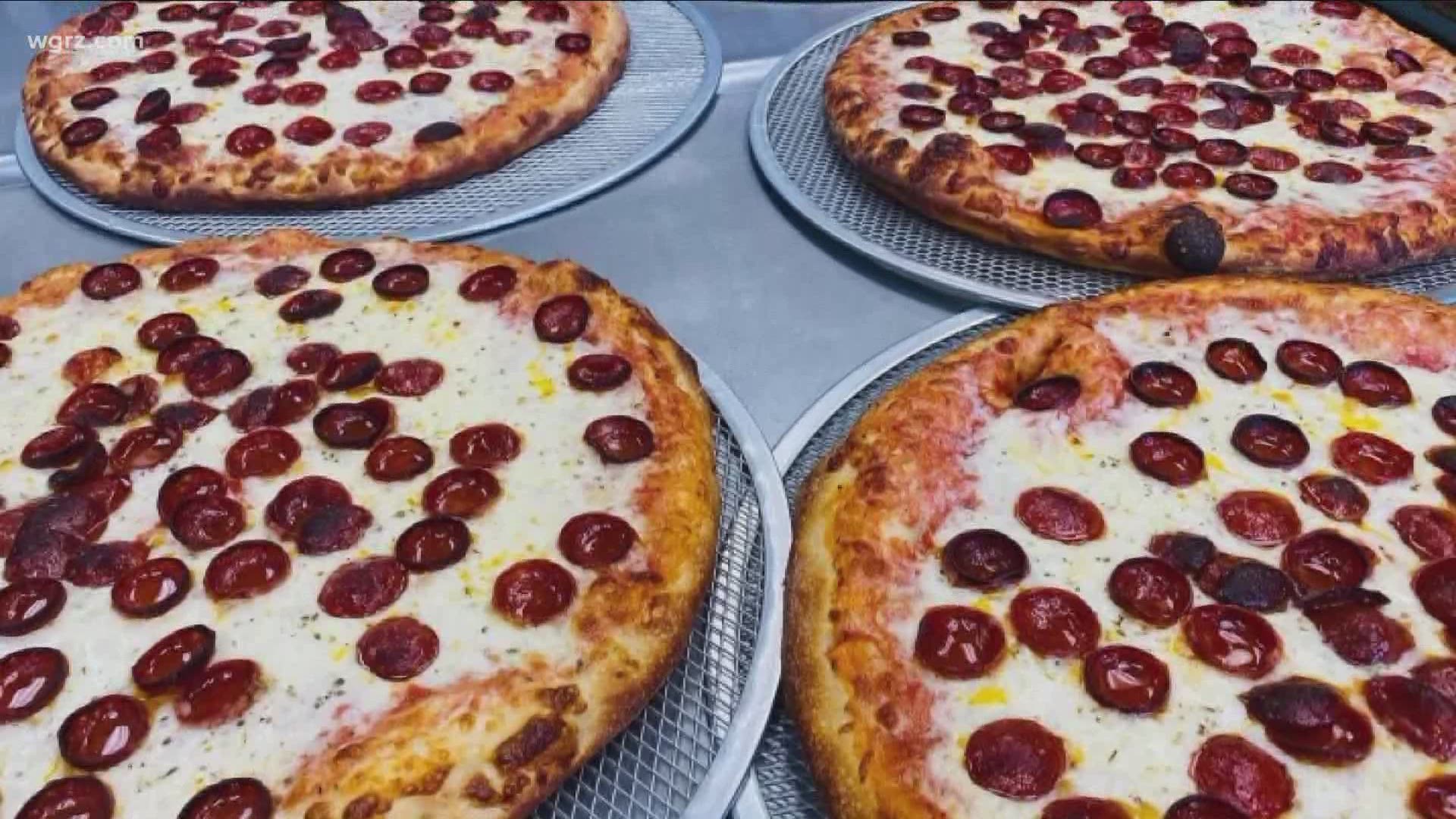 BUFFALO, N.Y. — If there's one combination Western New Yorkers love, it's the Bills and pizza.

With the Bills doing so well this year, some pizza places across the region have been dealing with so much business.

They say it's like the Super Bowl is every weekend, and now some of them are closing for the next Bills game against the Kansas City Chiefs on Sunday.

One of those places closing on Sunday includes Pesci's Pizza and Wings, which has locations across Western New York.

Chris Phillips, the co-owner of Pesci's Pizza & Wings, says he and co-owner Jim Dickey made the decision because a lot of their employees have never seen the Bills have a season like this one.

"My partner and I were 18, 19, 20 when the Bills were on that run back in the day. The Pesci's kids, we call them, kind of grow up with the Bills and not a ton of success," Phillips said. "We've seen how excited they've gotten and this whole Bills Mafia following. We thought you know what? These guys have got to experience this themselves at their age as well."

The owner of Coppola's Pizzaria in Bemus Point and Erie, Pennsylvania, says some fans are driving upwards of an hour to get their specialty Bills pizza. https://t.co/PZyXyhx4xG

If the Bills win this Sunday, Pesci's will also be closed for the Super Bowl too.

Chris Phillips and Jim Dickey said if the Bills ever made it back, there's no way they would stay open.

It's a similar situation over at Two Guys Pizza in Lancaster.

Owners John Evoy and Paul Samul were also in their early 20s the last time the Bills made it to the Super Bowl, and now they want their young staff to experience the rest of this exciting season.

They will close at 6:30 p.m. Sunday, right before kickoff.

"Knowing there's been a whole generation of kids who haven't been able to experience this and most of them are people that age, my kids included, it kind of seemed selfish not to let them have the ability to partake in the hoopla and all the fun," Evoy said.

He says he completely understands why other pizza places are staying open all day though, such as Bocce Club.

Owner Jim Pacciotti says just last Sunday, the Bailey Avenue location received more than 500 orders, comparable to their Super Bowl orders. It's part of the reason he strongly encourages people to pre-order their pies and wings this weekend.

"Oh God, yeah. I leave that on my answering machine," Pacciotti said. "The more ahead of the curve you are, the better."

If you want to order a pizza ahead of time, Pacciotti says Bocce Club is doing half baked pies so you can get it on Saturday and then heat them up right in the oven before the game.