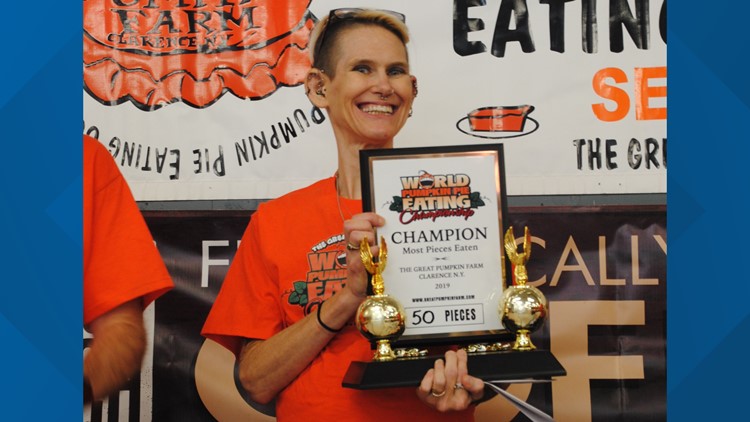 CLARENCE, N.Y. — How many pieces of pumpkin pie could you eat without using any hands?

A group of people gathered Saturday afternoon at the Great Pumpkin Farm in Clarence to see how high that number could go.

As it turns out, the winner was professional eater Molly Schuyler of California, who scarfed down 50 pieces of pie in just 10 minutes. That beat her previous best of 48, from two years ago.

Schuyler got $1,000 for winning the 10th annual Hands-free World Pumpkin Pie Eating Contest, plus another $500 for setting a record.

Joel Hanson of Hamilton, Ontario, finished second with 41 pieces of pie, and Dan Kennedy of West Decatur, Pa., was third with 39 pieces.

Four people from Western New York were among the nine competitors.

RELATED: Pumpkin Fiesta gets underway at Becker Farms in Gasport

RELATED: Where to find the best fall foliage in New York State