On August 13 and 14, the Western New York bakery made and sold Thin Mint and Caramel Delight doughnuts. 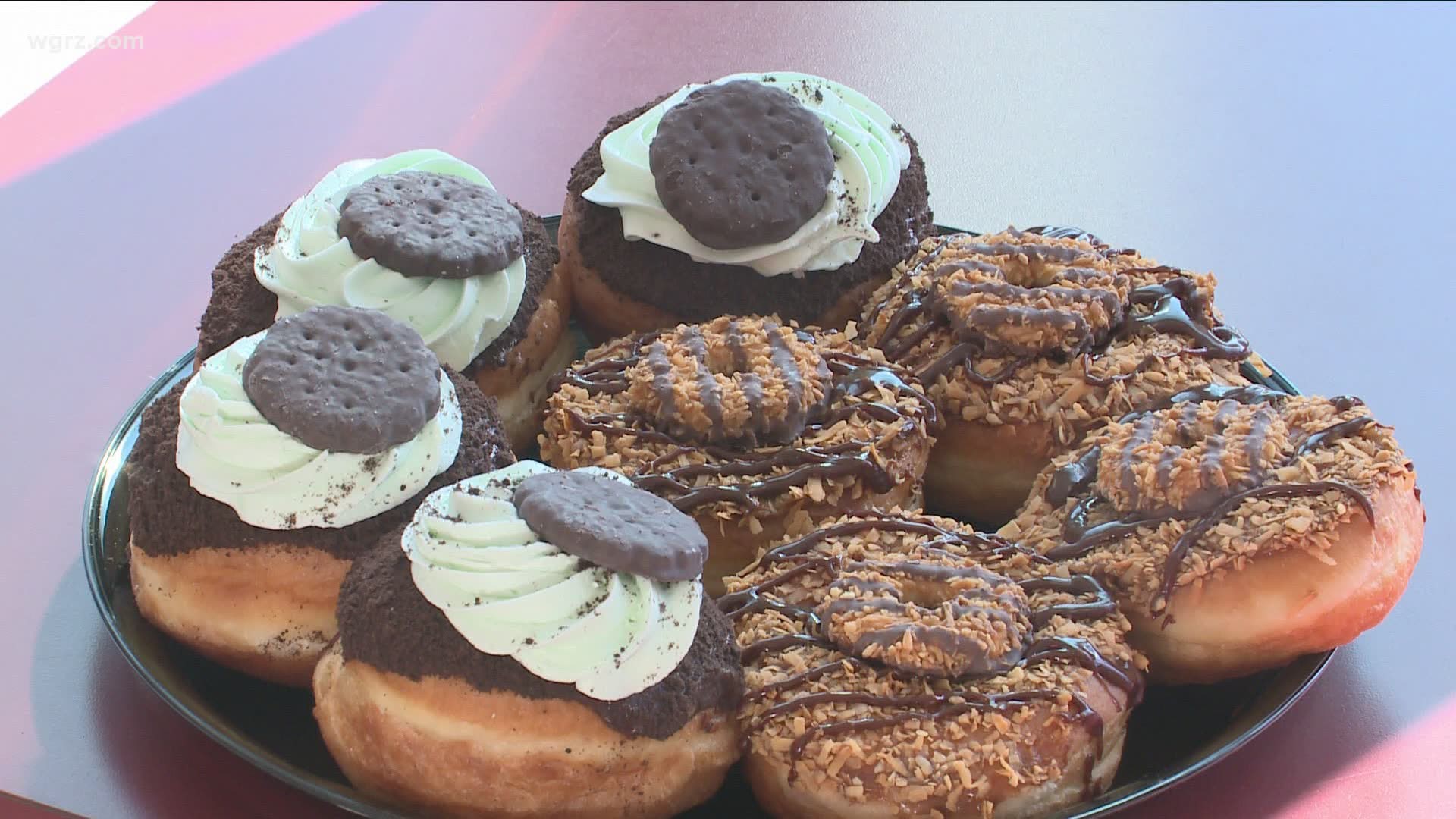 BUFFALO, N.Y. — Make the donuts and WNY will come.

Paula's Donuts announced they were making two new donuts that will help the Girl Scouts.

The iconic Western New York bakery posted on a picture on its Facebook page, saying that because the Girl Scouts can't make their cookie dough this year, it decided to partner with them to support the cookie fundraiser.

On August 13 and 14, Paula's Donuts made Thin Mint and Caramel Delight doughnuts.

The company said 50% of the proceeds will go to the Girl Scouts.