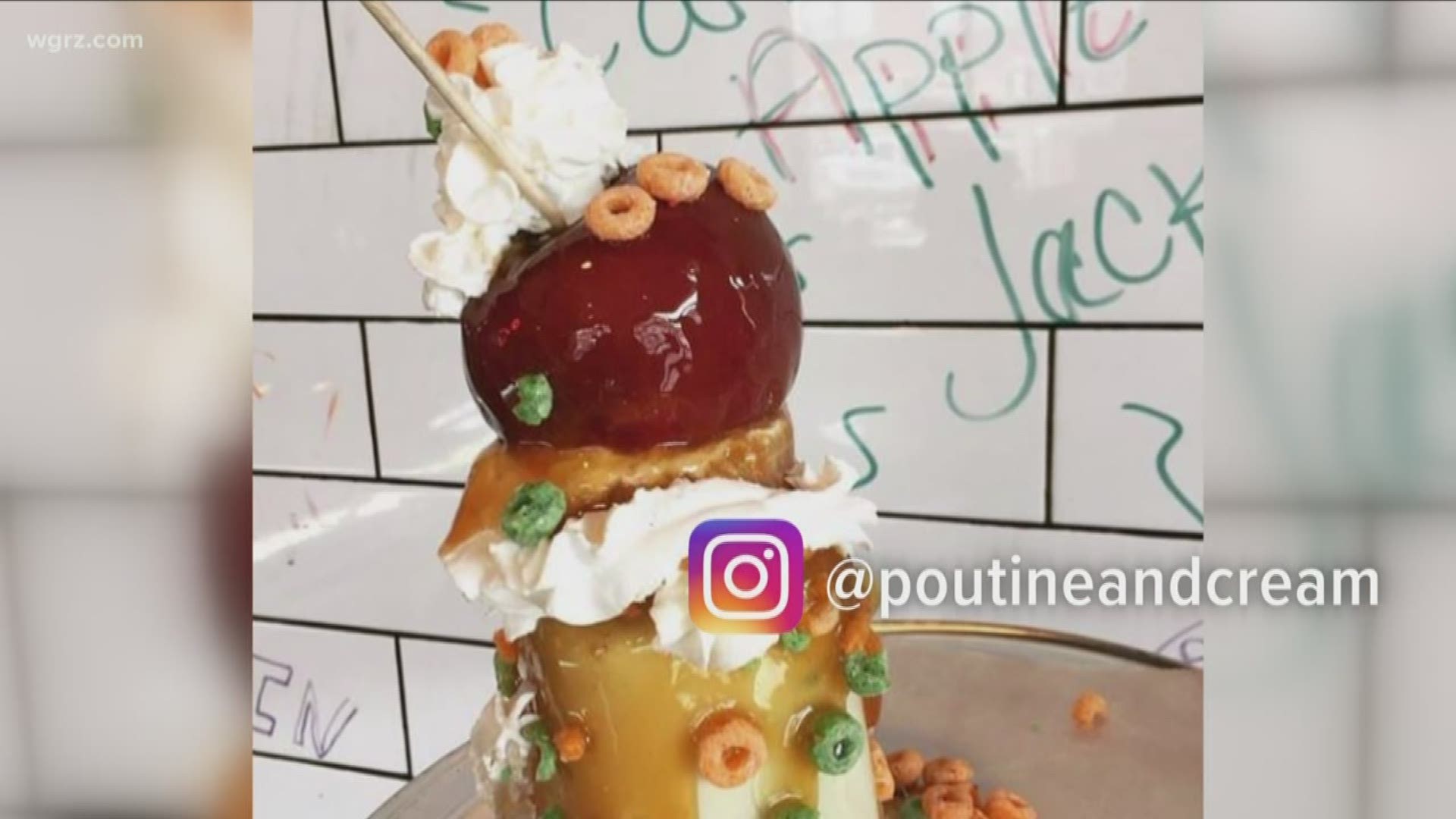 Every week, 2 On Your Side’s Joshua Robinson takes a closer look at what’s new, unique and happening across the Western New York food scene in “Out 2 Eat.”

With the official first Friday of fall, we asked you what you wanted to see featured this week, and the result was a landslide.

Rather than starting off with a big restaurant, we'll begin with a closer look at the Emerson Culinary School on Chippewa—a favorite spot for many WGRZ employees—but this week we're not just looking at them for their incredible deals. They have delicious apple crumb tart featured throughout the month of October. And they sell out fast! So head into the school's restaurant as get it while you can.

It wouldn't be an apple edition of Out 2 Eat without talking up the apple cider doughnuts at Mayer Brothers in West Seneca (Instagram: @mayerbros). Their cider mill has been open since 1852, and they've been serving up some of Western New York's favorite doughnuts for years. And let's not forget Grandma Mayer's caramel apple pie.

With all of that being said, this week's final apple-based treat might just be the crowning achievement of Out 2 Eat. Poutine and Cream on Hertel is bringing back an apple themed monster shake specifically to commemorate this week's edition.

Take a look on their Instagram account @poutineandcream and you'll spot the return of their absurdly fantastic concoction, the Caramel Apple Jack freak shake. It includes a caramel apple, on top of a small apple pie, whipped cream, Apple Jacks cereal, caramel sauce, and a milkshake made of apple ice cream.

The shake only lasts until the first Wednesday of October, so make sure you grab a friend if you need someone to share it, get to Hertel Avenue, and tell them Joshua sent you!

If you have a specific question, request, or comment reach out to Joshua via the following methods: