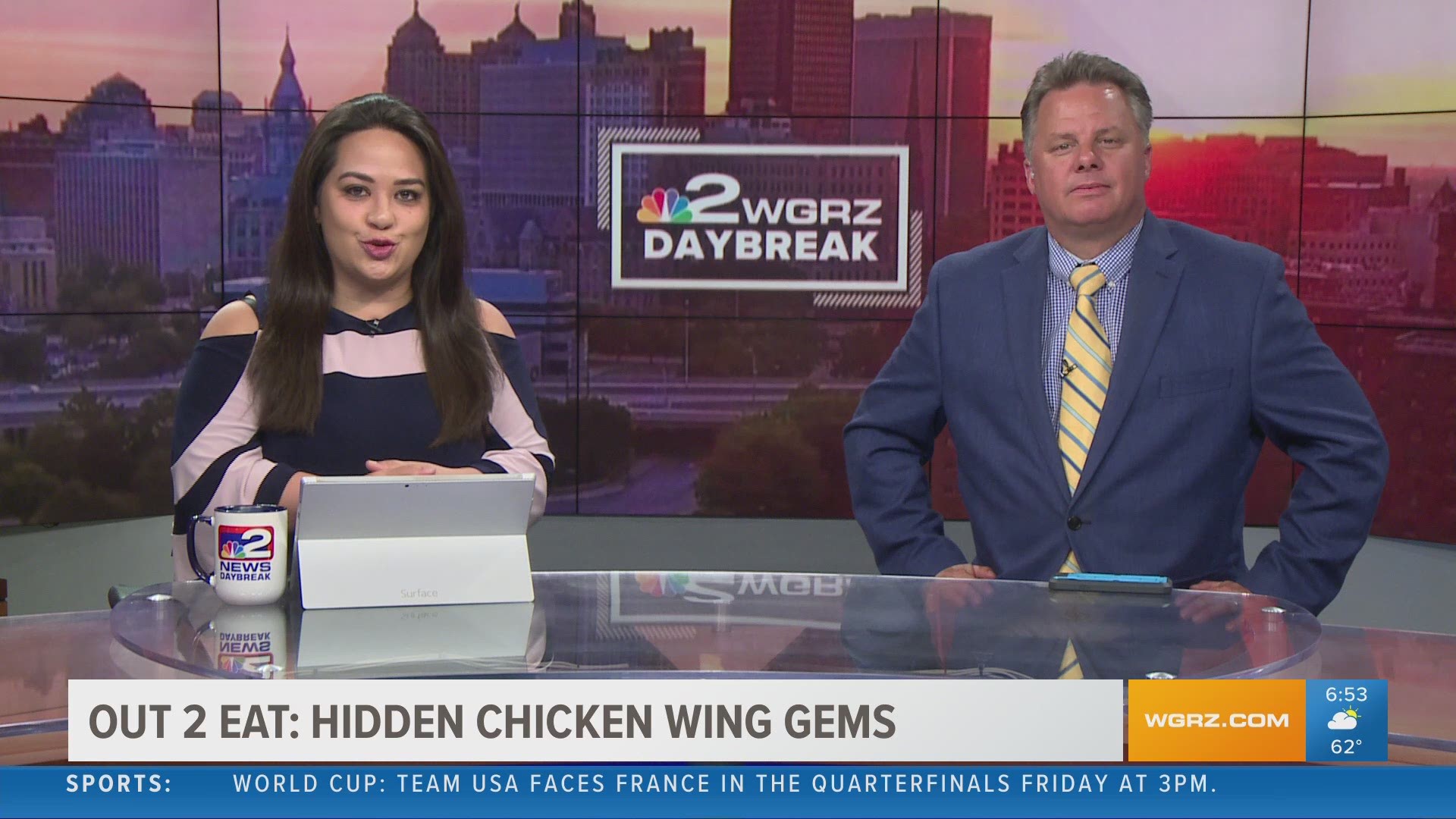 BUFFALO, N.Y. — Every week, 2 On Your Side’s Joshua Robinson takes a closer look at what’s new, unique and happening across the Western New York food scene in “Out 2 Eat.”

This week, we have a very strict “No Ranch” policy in effect, because there’s really no other way to celebrate wings here in Western New York, right?

And just to set the ground rules, we’re not debating anyone’s favorite wing place. Duff’s, Gabriel’s Gate, Bar Bill Tavern, La Nova, on and on and on we could go… We are all very passionate about which place we think is the best. We don’t want to reignite any territory wars over our beloved, saucy chicken morsels.

What we do want to do, however, is highlight and celebrate a few chicken wing places that aren’t always at the forefront of everyone’s minds. Maybe it’s new, maybe it’s trendy, maybe it’s a spot that doesn’t capitalize on social media… Can’t go wrong this week, right?

If variety is what gets you in the door, a trip to Angola for Paulette's Blue Collar Inn is a great place to start. Menus have ranged from 45-70 different flavors of wings in house, including sauces like bourbon maple bacon, honey sriracha, and spiced plumb, to name a few. Check them out for yourself if a trip to Angola is somewhere in your near future… And maybe it should be!

Over on Chippewa in downtown Buffalo, a lot of love has been shown to Local Kitchen and Beer Bar for their “hammer wings,” no matter how much they refuse to share their secret wing recipe.

Check out their Instagram page @localkitchen_beerbar if you’re looking for a new taste of wings on the Chip Strip.

And of course, it wouldn’t be Out 2 Eat without the awe of something truly unique. With wings, that’s hard to do, but we think we found it at Butera’s Pizza in Hamburg. On their Instagram page @buteras_pizza, they describe their "BCBP Wings” as follows: “We take 10 chicken wings and toss them in a blend of our in-house made hot wing sauce and BBQ wing sauce, and bake them in our brick oven. We then re-sauce them and top them with bleu cheese crumbles and arugula. We then finish them off with a balsamic glaze drizzle.”

If you have a specific question, request, or comment reach out to Joshua via the following methods: