Buffalo's Frank Gourmet Hot Dogs is ranked No. 76 on the list. Located at 707 Kenmore Avenue, Frank is known for its unique hot dogs and award-winning fries. 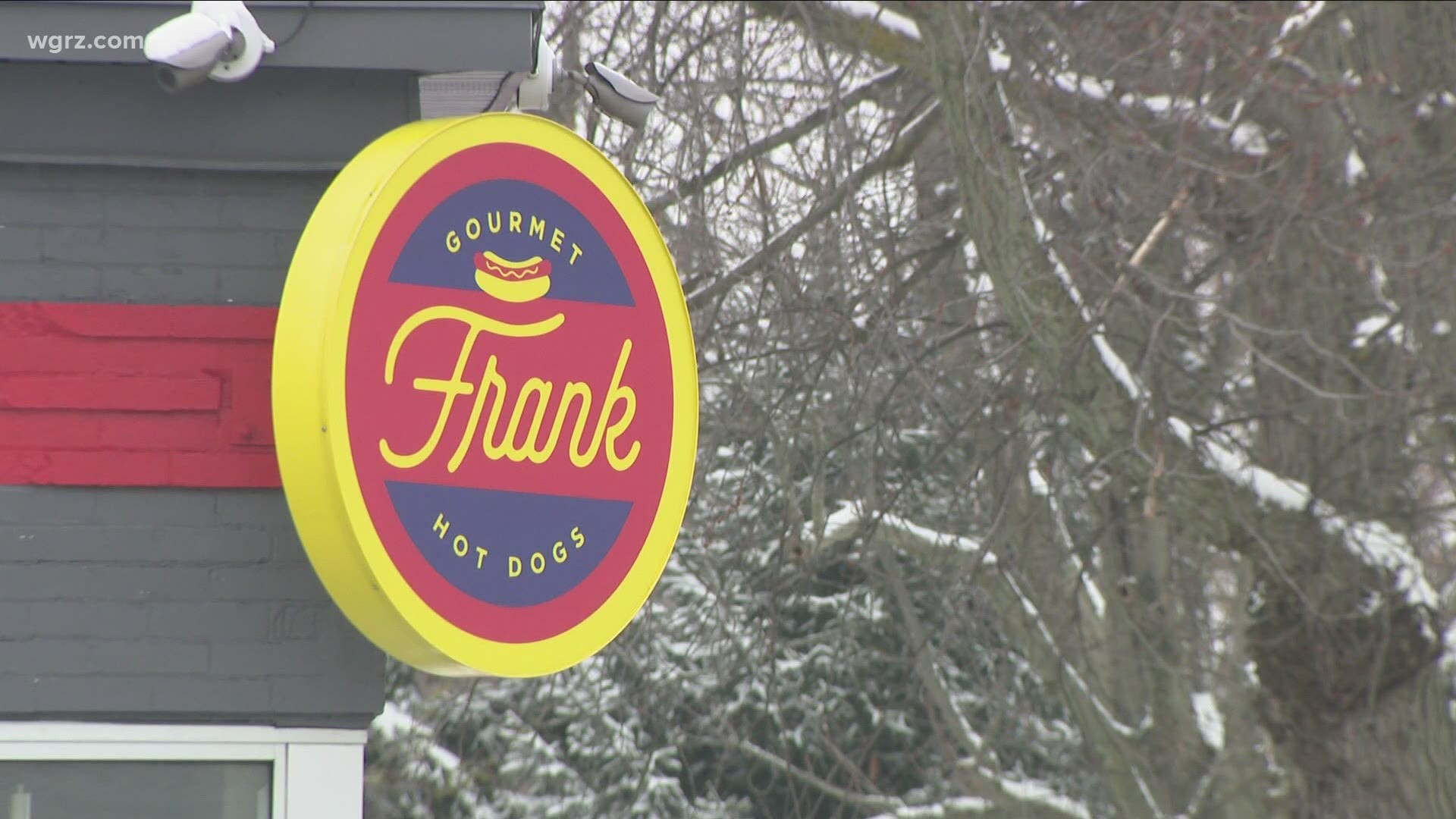 BUFFALO, N.Y. — A Buffalo-favorite eatery is in the national spotlight this week after Yelp released its Top 100 Places to Eat in 2021.

Buffalo's Frank Gourmet Hot Dogs is ranked No. 76 on the list. Located at 707 Kenmore Avenue in Buffalo, Frank is known for its unique hot dogs, including the Frank Mi, the Impractical Joker, and the Violet Beauregarde.

According to The Buffalo News, Frank first opened as a hot dog truck in 2013. Frank and Paul Tripi's little hot dog truck has grown in the years since and become well known for their unusual bites.

The restaurant has received several honors over the years, such as Best French Fries of the Northtowns on Buffalo Spree's 2017 Best of WNY.

THE JERK: Slow roasted pork rubbed with a bbq jerk seasoning and topped with a crisp cabbage slaw. Available GF with a bun substitution. https://t.co/weyjQSvC7E pic.twitter.com/aLkwwOSplD

It was also noted as the best hot dog in New York on Taste of Home's The Best Hot Dogs in Every State 2020 list.

Credit: findfranknow on Instagram
A photo of Frank Gourmet Hot Dogs' location on Kenmore Ave, posted on the restaurant's Instagram on February 6, 2021.

Yelp says that nearly all of the restaurants on this year's list are new to the list, are priced under $30 per person (or $$ in Yelp's system) and nearly half of all of the businesses feature vegan menu options or identify as vegan restaurants.