Can a Buffalo startup make one of the healthiest snacks available?

Using research and science, CEO Sharon Cryan thinks she might have "hacked" the snack. 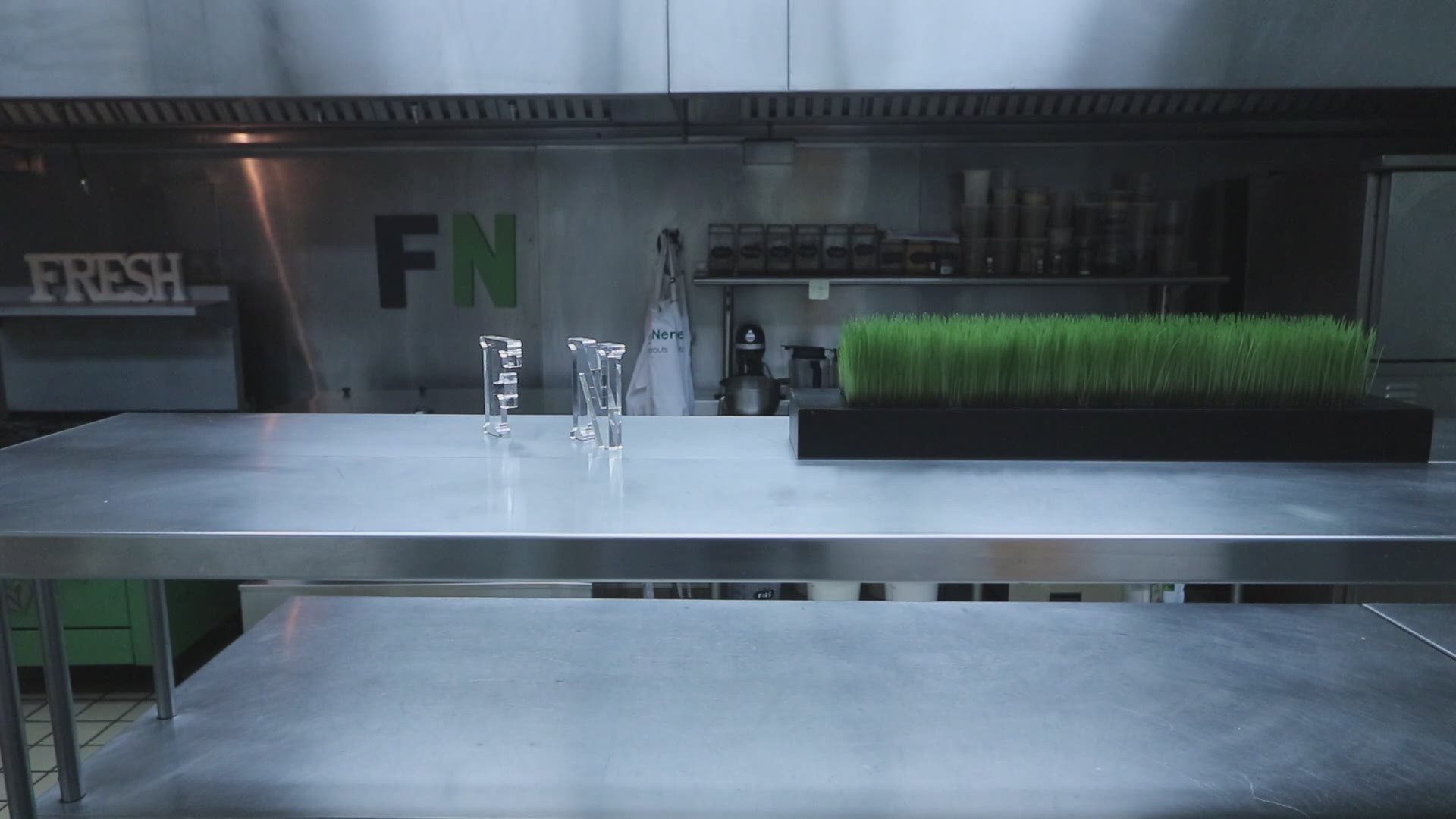 BUFFALO, N.Y. — Sharon Cryan is standing in the Food Nerd kitchen in a rented space near the Buffalo Niagara International Airport.

On the walls are inspirational quotes, photos of Steve Jobs and Elon Musk and a map of the world with indications of sales and aspirational goals in various countries around the world.

But the road of entrepreneurship wasn't always in front of Cryan. She initially saw herself in the world of finance

"I did undergrad within International Business and Economics with a focus on Japan," she said. "So I really wanted to do U.S. litigation in the private sector between U.S. and Japan."

After studying abroad in Japan, Cryan started focusing on health. She began researching the relationship between food and the body, the impact of dieting and the necessary nutrients

"We're doing something very wrong when it comes to our health and the consequences are very serious," she said.

Credit: Nate Benson, WGRZ
Food Nerd founder and CEO Sharon Cryan talks to 2 On Your Side in their test kitchen.

Using what she learned in her research, food prep and conversations with those studying food science, Cryan started Food Nerd. Her mission is simple.

"Everybody wants to be healthy. So everybody will want to eat this really, really healthy, science-based food," she said.

Their main product is also called Food Nerd, an anytime snack. The company's marketing director says the product can work like cereal, be added to parfaits or eaten as a plain snack. It's scheduled to launch later this summer. Cryan feels that narrowing in on a healthy snack could be the way to grow her Food Nerd empire.

"As millennials, we are a snacking nation, about 95% of people in the US snacks least once a day," she said. "75% of us snack two to three times a day and just because we're so busy, we're less likely to sit down and have a full meal."

The company is also launching an overnight breakfast kit. Based on either chia, sprouted buckwheat or sprouted oats, all you need to do is pour in some milk and let it sit overnight in the fridge. After that, in the words of Carl Weathers, you got yourself a stew - granted it's overnight oats.

Talking to Cryan for several hours while documenting some of the processes the Food Nerd team goes through to make their products you get the sense that the entrepreneurship bug has bitten her. Many young entrepreneurs focus on a social goal for their start-up and long for the day where they will change the world. For Cryan, a healthier planet seems well within her grasp.

Cryan tells 2 On Your Side that they'll make every effort to use the freshest ingredients in their products as well as earth-friendly packaging that is fully recyclable.