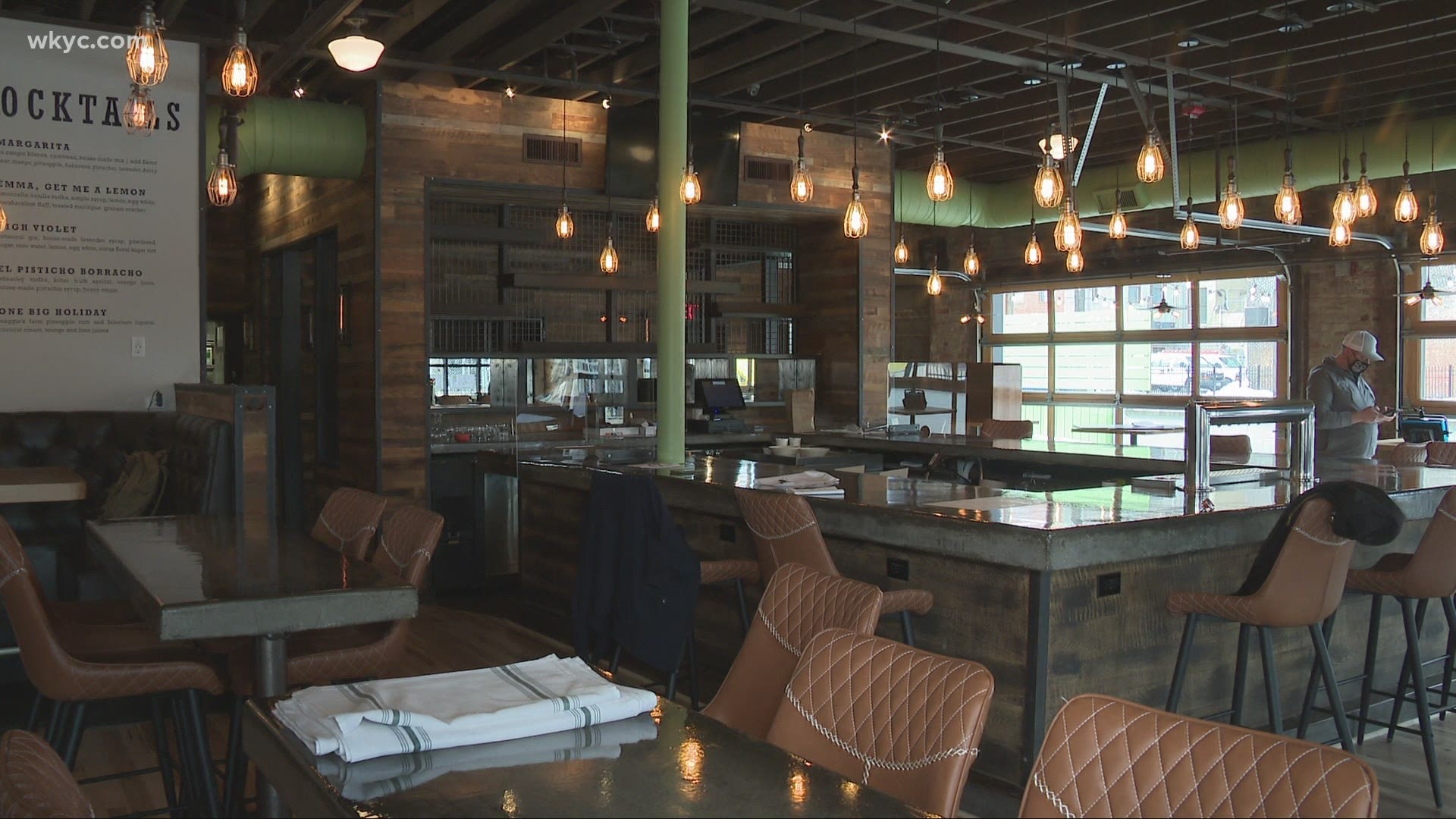 Since taking the space over from Bakersfield Tacos, which closed in March, the pair has been readying the restaurant for opening day. The goal is to be serving customers before the end of the year.

The already attractive property got an additional boost thanks to new hickory flooring, furniture and paint – a cheery avocado green that does much to brighten up the formerly woodsy interior-- and a cement wraparound bar in the center of the space has been refinished with a slick, smooth epoxy.

Zeller and Mesenburg are also the owners of Char in Rocky River and Barra Tacos in Sandusky and Amherst. Despite their previous successes, the owners are quick to differentiate their two Mexican concepts. Whereas Barra is a casual taco-focused restaurant, Zeller describes Avo as, “more of a fine-dining atmosphere for modern Mexican food.”

Zeller says that he was inspired by recent trips to Dallas, where Mexican and Latin ingredients and flavors are presented in contemporary, non-traditional ways. That approach is reflected throughout the menu in various dishes like apple salsa, honey-infused guacamole, shrimp and fish ceviche, and espresso-rubbed filet mignon. Other “knife-and-fork” entrees include chicken mole, shrimp in a spicy cream sauce and pan-seared scallops with polenta cakes. For those in search more “traditional” Mexican fare, there are open-face tacos topped with a choice of beef, chicken, shrimp and chorizo.

Cocktails are given their due at all of Zeller and Mesenburg’s restaurants and Avo will be no different. The menu offers creative drinks blended with bourbon, rum, tequila, and mescal. Local beers – some from as close as a few blocks – will join white, red, and sparkling wines by the glass and bottle.

Ohio City residents seem to love weekend brunch and Avo aims to earn a place in the rotation when it begins its weekly service. To start, Avo will be lunch and dinner, with brunch being added a few weeks down the road.

Zeller describes his and his wife’s progression from Sandusky to Rocky River and now to Ohio City, adding that visits to friends who live in the neighborhood convinced them to consider the area.

Tonight at 7 on @wkyc, we’re taking you inside the newest restaurant coming to Ohio City. Avo Modern Mexican has a new take on Mexican food, but owners familiar to Cle. Hope you can check it out! @dougtrattner @char_rockyriver pic.twitter.com/bQMzCwUgii