All eyes will be on Chestnut as he competes in a 12-minute, all-you-can-eat contest Sunday. Two championship titles will be at stake that day. 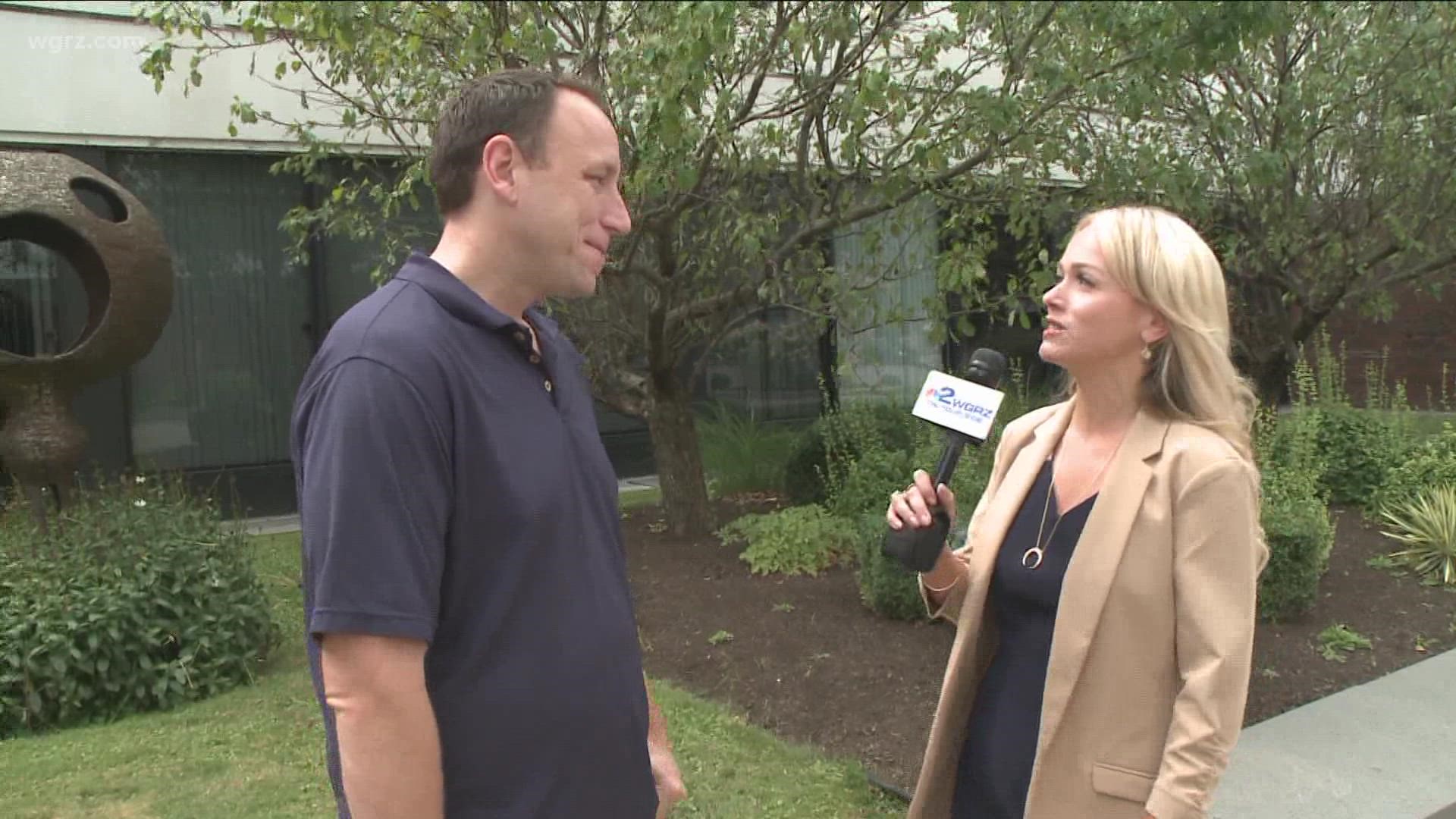 The wing fest is being held at Highmark Stadium. Chestnut is set to compete at 5 p.m.

That Sunday, all eyes will be on Chestnut as he competes in a 12-minute, all-you-can-eat contest. Two championship titles are at stake with a total of $5,000 in cash prizes.

“It is exciting to return to an in-person audience this year and to welcome back the world’s top eaters for this event,” festival founder Drew Cerza said. “We look forward to celebrating the 20th annual festival with plenty of wings as the audience cheers the eaters on to a new record.”

The U.S. National Buffalo Wing-Eating Championship is a contest to see who can consume the wing meat off the bone. A debris-food, the wings are weighed before and after the contest.

Competitors in the Buffet Bowl race to finish a five-pound bowl of food that features various staples of Buffalo cuisine.

This year marks the festival’s 20th anniversary. For more information and to get tickets, click here.