The new bill would give customers the right to bring their own containers to restaurants. 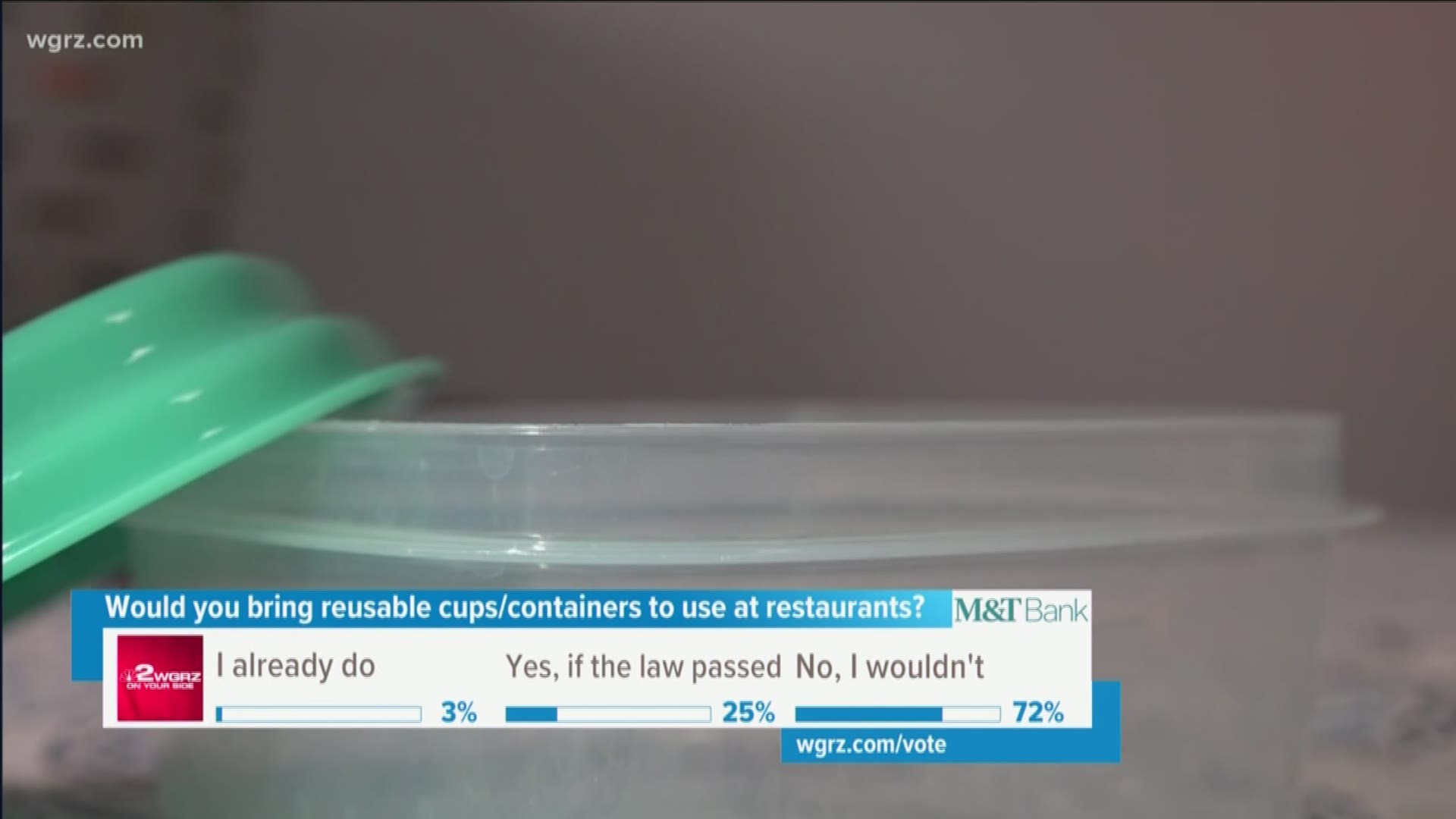 ALBANY, N.Y. — Lawmakers in Albany are considering a bill that would give customers the right to bring their own food containers into restaurants and eateries.

2 On Your Side went to local restaurant Frankie Primo's +39 to ask customers if they would consider bringing their own containers if the bill was passed.

"Anything to save the environment and I think it would be easier and more practical," Melissa Sanfilippo told 2 On Your Side.

Sanfilippo was having lunch with her mother, who agreed it was a good idea.

"Absolutely the same for me and it makes it just a little bit easier when I get home ‘cause I’ve got my own container and I can shift things around wash it and reuse it," she said.

Other patrons in the restaurant who did not want to appear on camera had mixed feelings. Some felt that if they were paying for the service, the restaurant should also provide the container.

The bill is currently in committee. If it passes the Senate and Assembly, it would become law the year after it’s signed by the governor.

RELATED: Poloncarz on paper bags: It's a fee, not a tax