Hidden Valley knows it's dipping into dangerous territory in Buffalo, so it will be giving back to the community through FeedMore of Western New York. 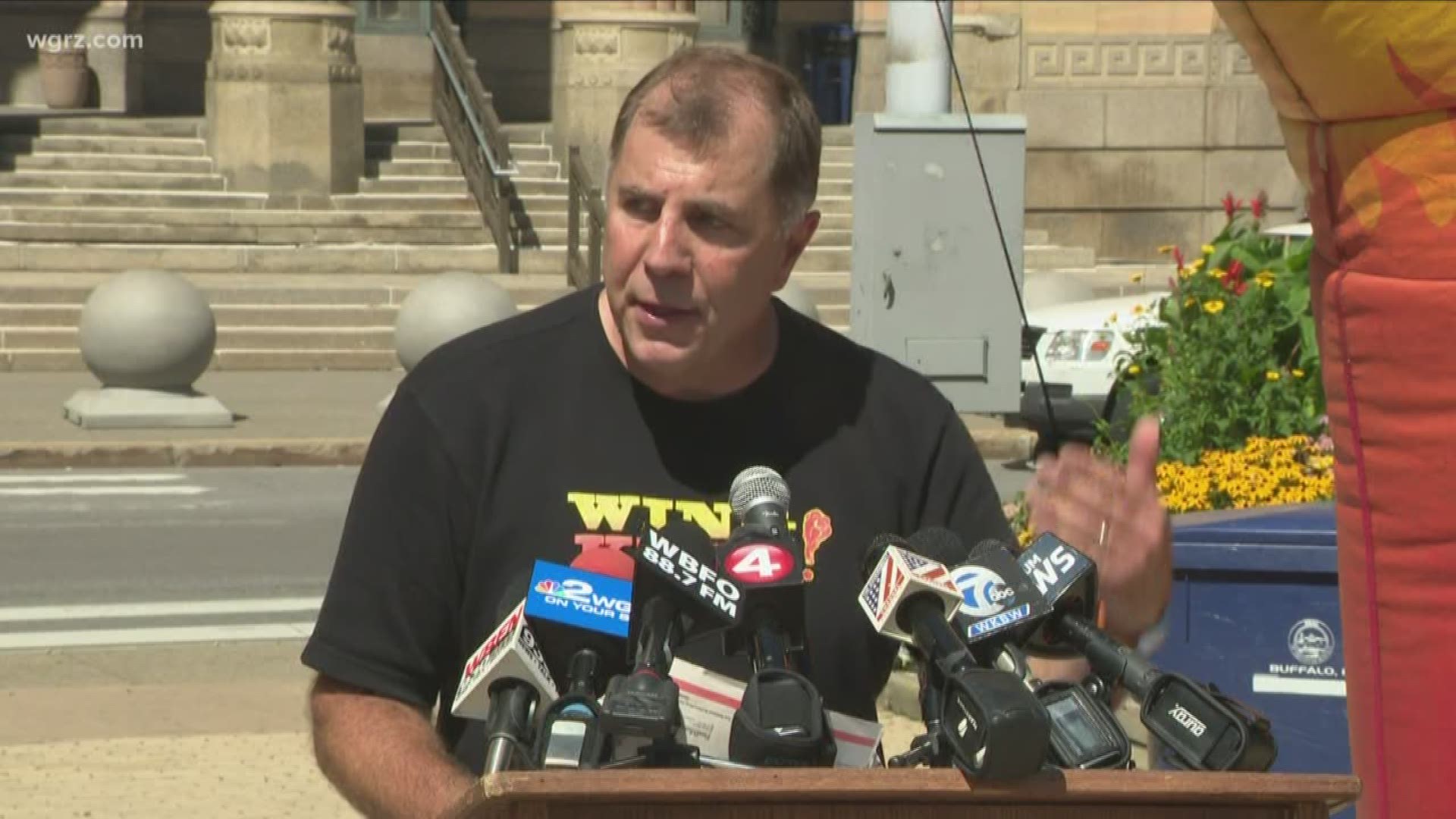 We all love blue cheese.

But there's a new menu item at the National Buffalo Wing Festival next week that some Buffalonians might not be happy to see: ranch dressing.

It was the Wing King himself, Drew Cerza, who made the announcement on Wednesday.

"We are going to have Hidden Valley Ranch dressing available for all of our out of town guests," he said.

Usually when you use the words "ranch" and "dressing" in the same sentence anywhere in Western New York, there's a "no" somewhere in there. It's one of those trigger phrases such as "no goal," and "wide right," and "lake effect snow."

Ranch and chicken wings go together like oil and water, or Bills fans and Patriots fans, and Cerza knows it's a risk.

"We know Buffalo is a blue cheese town," he said. "But again, I'm asked all the time about ranch, can we get ranch dressing at the festival, and we are."

Yes, there's also going to be vegan wings there. But ranch?

There is this: because Hidden Valley knows it's dipping into dangerous territory when it comes to Buffalo, it will be giving back to the community through FeedMore of Western New York. All donations made to the nonprofit will be matched by Hidden Valley.

The wing festival begins at noon on Saturday, August 31.