Lifelong volunteer responder David Cole had a heart attack. His friend and fellow EMT Ken Franz was there and started CPR until more rescuers arrived. 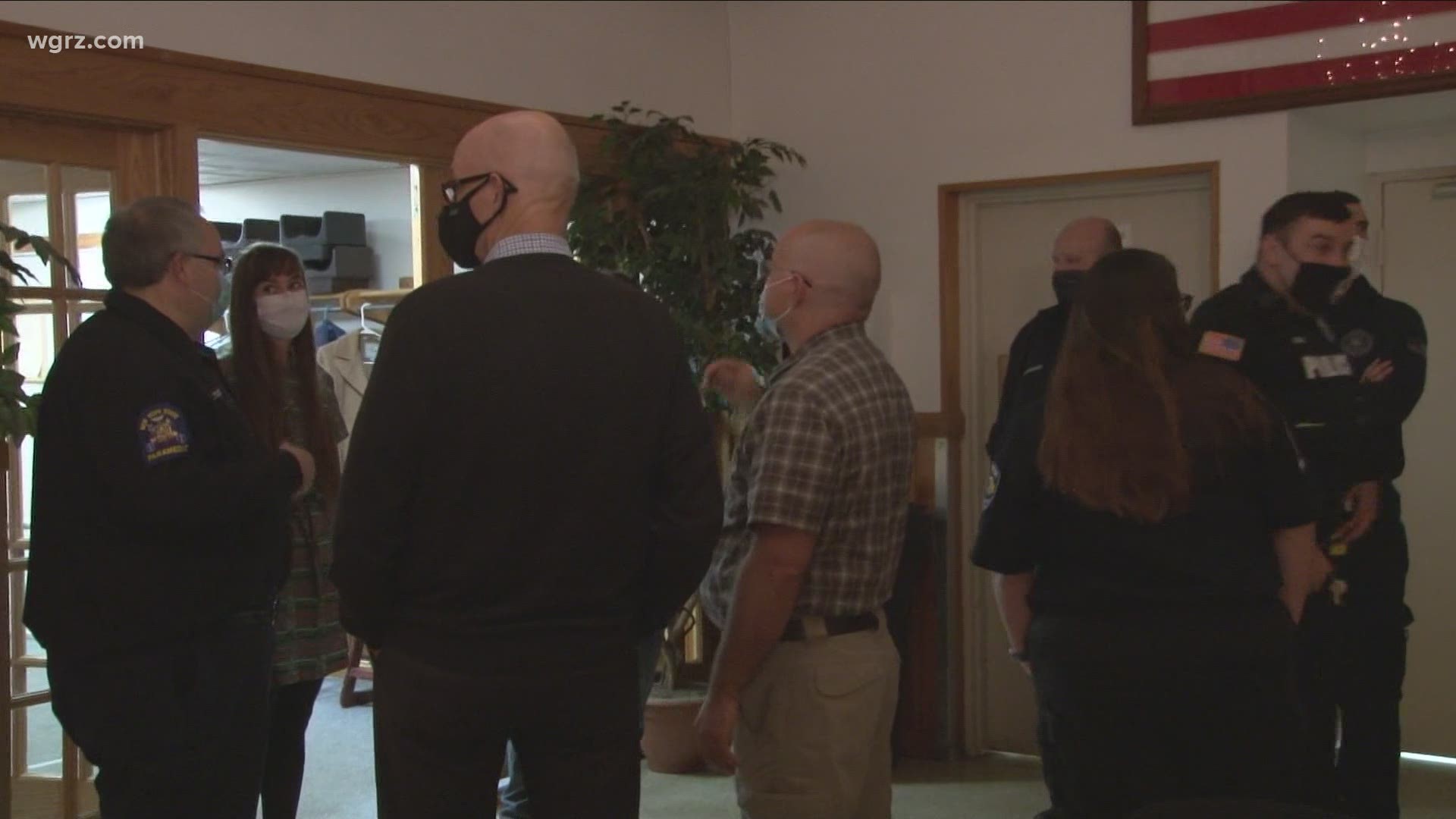 EDEN, N.Y. — Some Western New York heroes got some well-deserved recognition on Thursday night in Eden.

First responders were honored in a ceremony at the American Legion for a lifesaving call just over a month ago.

Lifelong volunteer responder David Cole was working at the legion when he collapsed and had a heart attack.

His friend and fellow EMT Ken Franz was there and started CPR until more rescuers arrived and managed to keep him alive to get to the hospital.

"All those people I have been on a zillion calls with over the years, and I know how good they are, and I know what they can do," Cole said. "And I was very pleased at that response that morning, those people responded, because I have a lot of respect for them."

Cole is out of the hospital after a 10-day stay.