FC St. Pauli travels from Germany for game in Buffalo

The 2. Bundesliga side from across the pond took on FC Buffalo at All-High Stadium, one of the biggest moments in the history of the 10-year-old local club. 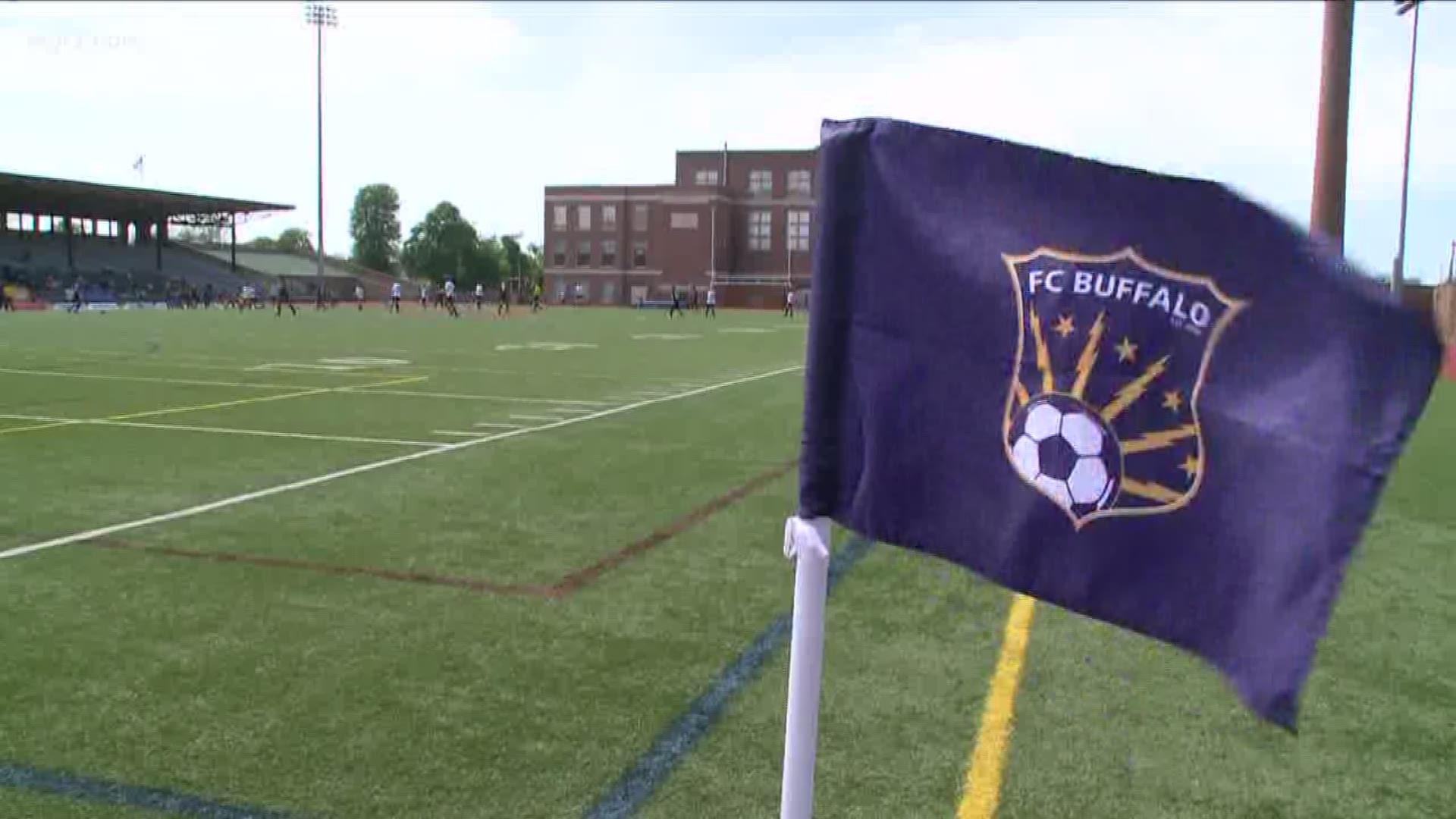 BUFFALO, N.Y. — Saturday afternoon, chants rang along the sidewalk, through the corridors, and from the stands at All-High Stadium on Main St. in Buffalo, just south of the University at Buffalo's south campus. In case you didn’t hear, FC Buffalo hosted German 2nd division club FC St. Pauli in an international friendly. That means the noise, the banners, the smoke, and of course, soccer.

It was the result of the local side's recent trip oversees to Europe. "We were invited over to Germany by the Lord Mayor of Dortmund," explained FC Buffalo President Nick Mendola, "and it just so happened that there are a bunch of St. Pauli fans in Buffalo, and so Hamburg heard of us and they invited us to come over there and we said, "Well sure, but why don't you come over here."

That doesn't mean it was easy. "The work has been incredible. Just to have them here for this day was about the same amount of work as a whole season for us, so it's rewarding to have such a  great crowd."

The match officially finished 2-nil in St. Pauli’s favor, but this day was about much more than the outcome against a club with an eye on much more than result on the pitch.

“For us, it is important as FC St. Pauli to tour internationally because we want to spread our values to the world and to the people who are supporting us,” Club President Oke Goettlich elaborated. “We’ve won no cups so far, but we are very famous in German and international soccer for having strong values on anti-discrimination and anti-sexism, anti-racism. We really think that this world needs to be a tolerant and respectful place for everyone.”

It's a mantra the horde of visiting fans know well. Miriam Braun traveled to the game from NYC with the East River Pirates supporters group. “It’s no fascism, no sexism, no homophobia, and no racism, and that pretty much sums it up," she said. "When you see someone who has the skull logo on their chest, you don’t have to worry about anything. They’re on your side.”

Mendola sees St. Pauli's values as something he would like his club to exude as well. “FC Buffalo, we want to be like St. Pauli. We want to be a club that people can be proud of, not just for the way we play on the field but for how we conduct ourselves and how we represent our country and our city. I mean, we’re just so touched today. It’s an incredibly emotional day.”