'We wanna have a fair. And it is in our plan to have a fair. But if that guidance is 10 percent and you need all these other boxes ticked - it may not make sense.' 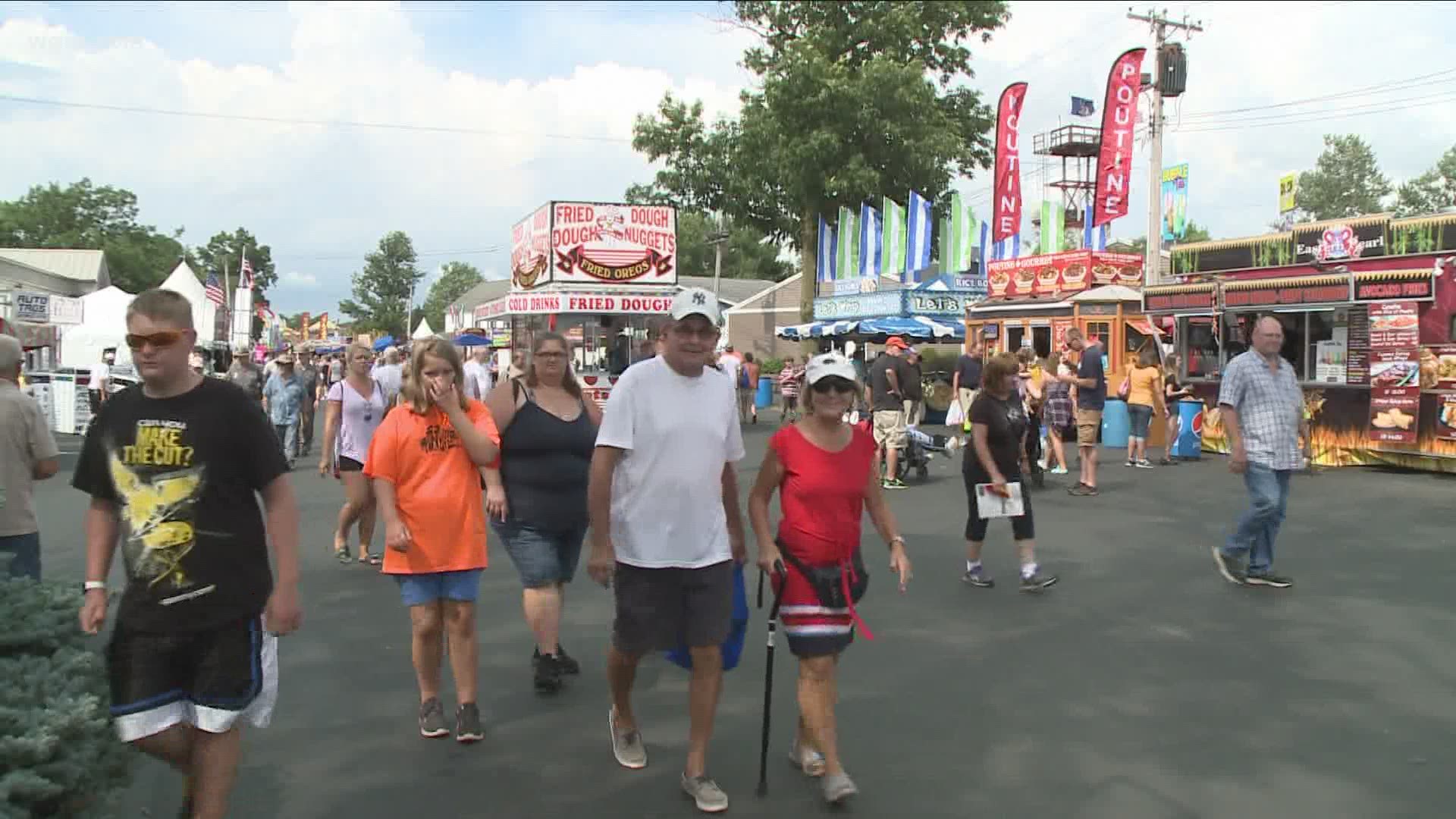 That was somewhat encouraging news for the folks who run the Erie County Fair in Hamburg, but they're still waiting for the green light to hold Erie County's fair.

At the currently quiet Erie County Fairgrounds, the governor's state fair announcement brought some county fair consternation. Erie County Fair Manager/CEO Jessica Underberg put it this way to reporters, "Not one word in the press conference made mention of them. I am hoping that this will be addressed in the near future."

And she was quick to add this, "I know each fair has heard 'Just run the event even without guidance. Just run it.' The reality is that's not feasible. Every fair will need to have a public gathering permit issued and signed off by their respective county. As in prior years all food vendors will need health permits issued by their county health officials."

And Underberg made this clear about the vendors for attractions and food, "We've reached out to all out straight sales and food vendors - seeing who wants to come back and who's still in business. It's gonna take some planning on our part once we get the guidance to find out - you know if we're at 33 percent - obviously it doesn't make sense to have as many vendors as we have had in the past."

We did hear from one such food vendor. Ryan Gerber of Weidner's Barbecue told us, "In regards to the news about the State Fair we are both excited and nervous about what that could mean for us at the Erie County Fair this year. Although we are very anxious to get back to the fair, the overall logistics of the situation is concerning. Obviously safety is the number one priority and we don't have all the details yet but the protocols being put into place for the State Fair may give us a better idea of what the Erie County Fair could look like. From a vendor point of view it would be very disheartening to put all the work into being there for 12 days and only see a fraction of the customers we would see in a normal year. That being said... We can't wait to get back to the fair, and serve up the best BBQ around, we just hope we will have customers to serve it to."

Whatever happens there will fair midway layout changes with wider aisles and you can expect required advance ticket sales.

One of the things that Governor Cuomo talked about with the Syracuse state fair was the idea that people would be cordoned off in quadrants for eating and attractions and what have you. But Underberg says she thinks the Erie County Fair should be more open so people could circulate around even though there would be distancing, masking, and obviously a limited capacity.

So now - they wait on the state. Underberg sums it up this way, "We wanna have a fair. And it is in our plan to have a fair. But if that guidance is 10 percent and you need all these other boxes ticked - it may not make sense."