Caitlin Reilley was donated all the money after she started a Venmo challenge, inspiring people to give back and spread some kindness. 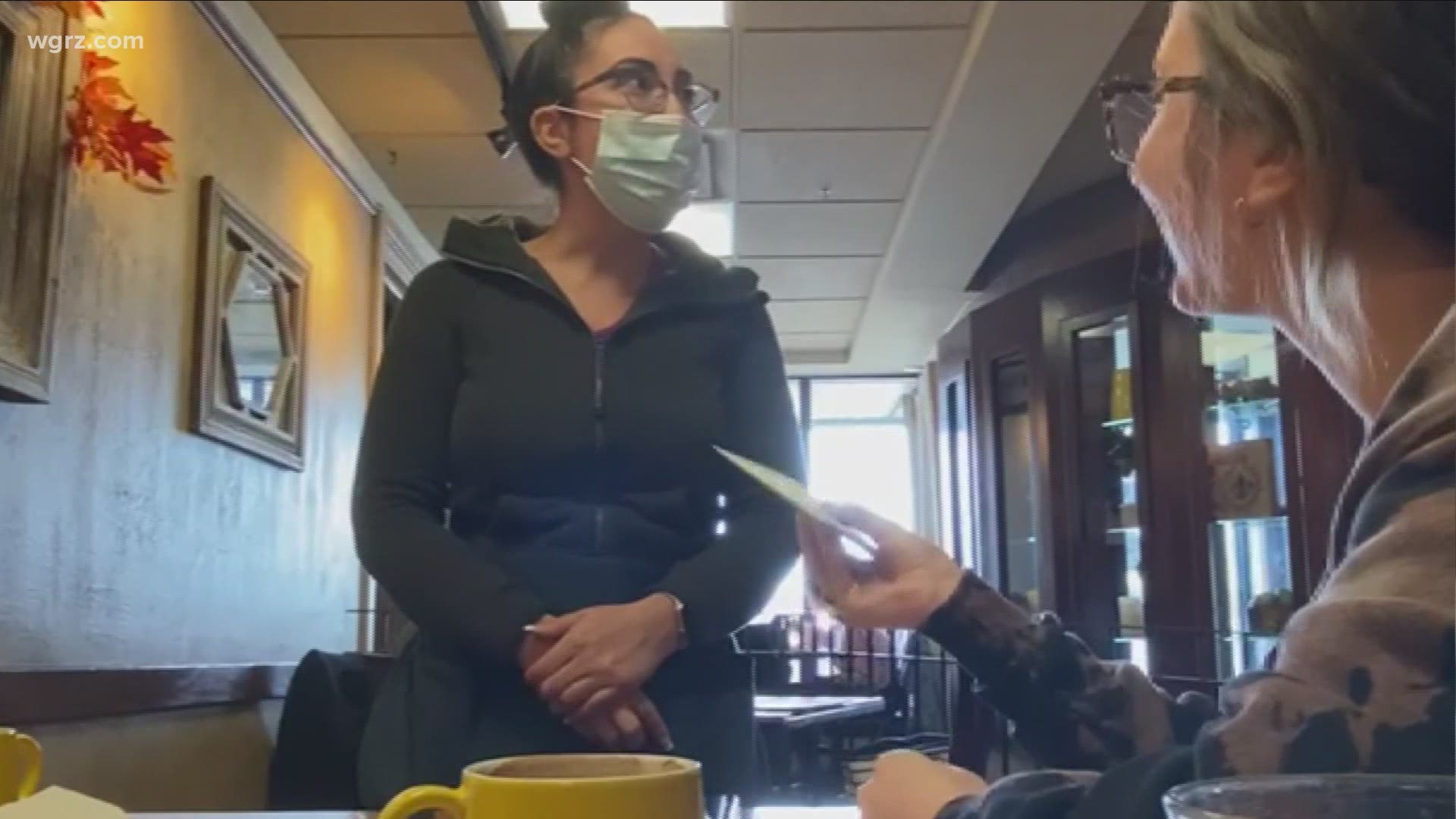 WILLIAMSVILLE, N.Y. — Everything we do creates a chain reaction.

That's why it only takes one person to make a difference, which leads us to how Caitlin Reilley started a new chain reaction this week.

"A few months back, I saw a Virginia photographer put on her Instagram story, 'Hey guys, I'm raising money to tip to my server, and I will record his or her reaction,' " Reilley said.

Reilley then challenged people on Instagram to donate to her Venmo account, so she could tip a server who needed a little help during a really tough year.

"Within seconds, I had multiple donations of people just saying, 'Give back, tip the server, pay it forward.' So many people wanting to help. It wasn't just people from Buffalo. I had written down all the names of the people who had donated and wrote a card to give to her," Reilley said.

Reilley decided to give the money to her server, Cassandra Elahrag, over at Break'n Eggs Crêperie in Willamsville.

"It was probably the most shocking and amazing moment of my life thus far because the kindness of strangers has absolutely blown me away," Elahrag said. "I can't explain what it was like to go home and read all of the names of the people that donated. When I say it means the world to me, I truly mean it." 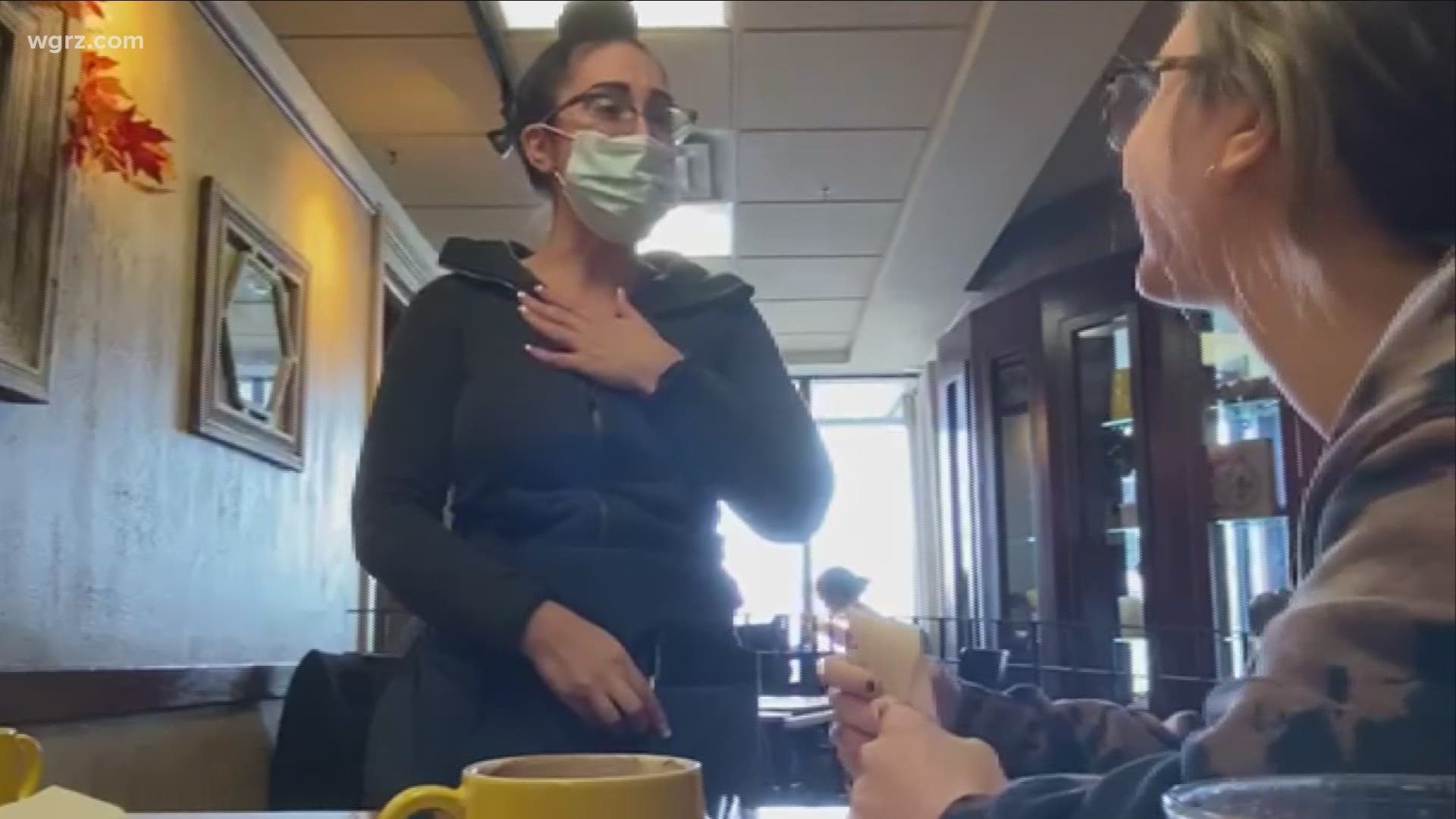 Elahrag shared that tip with several of her co-workers.

It was a grand gesture from Reilley and several people hoping to make the world a little kinder.

However, Reilley also had support from someone she wasn't expecting.

Reilley's father Michael passed away from brain cancer in August 2019, six months after her mother Cindy died from breast cancer.

It was the sign she needed to know she was exactly where she's supposed to be.

"We would always go out to breakfast. It was usually somewhere local on Main Street. Pancake House, Breakn' Eggs. It reassured me your supposed to be here and dad is proud of me," Reilley said.

Now she's challenging others to make her proud.

Reilley plans to do another Venmo challenge, where half the proceeds will go to a frontline worker and the other half goes to a restaurant worker.

Even if you can't donate, she hopes everyone is inspired like she was.

"I just want to carry this into my life in general, not just with money but with kindness. People need that right now," Reilley said.

It's a simple way for anyone to keep that chain from breaking.

If you'd like to donate to Reilley's next challenge, you can reach her on Instagram @reilleyphotography or you can send her a donation on Venmo @Caitlin-Reilley.