Kyle Lysek served in the Army Reserve for eight years while struggling with a rare and life-threatening condition, idiopathic pulmonary fibrosis. 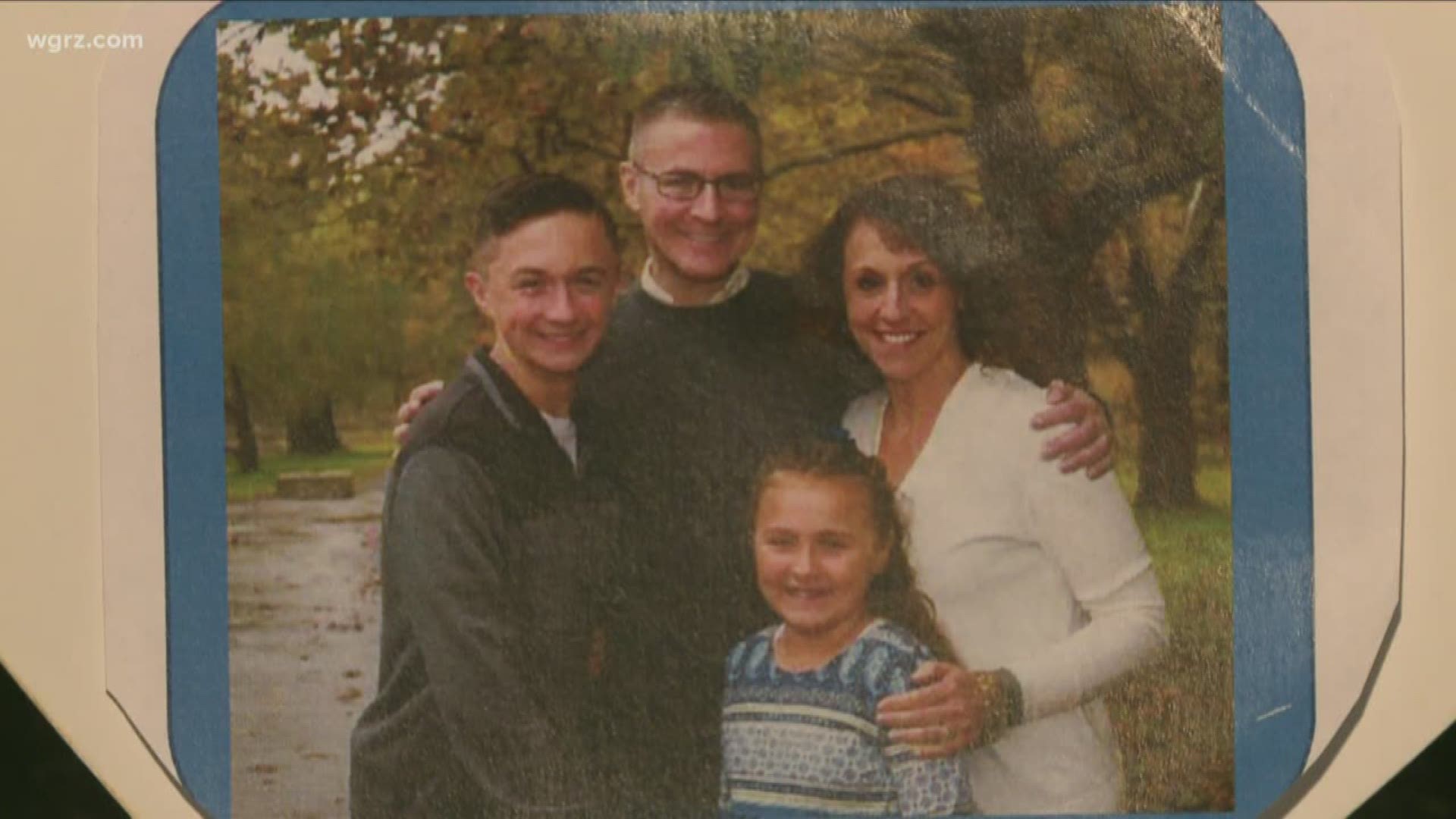 BUFFALO, N.Y. — The Buffalo community came together Sunday night to support a man who just had a double lung transplant.

Kyle Lysek served in the Army Reserve for eight years while struggling with a rare and life-threatening condition, idiopathic pulmonary fibrosis.

The disease causes scarring in the lungs, which will spread over time. This scarring doesn't let enough oxygen enter the bloodstream, and the disease has no cure.

Kyle just got the surgery to remove and replace both of his lungs at the Cleveland Clinic.

Sunday's benefit will help Kyle and his family with medical and living expenses.

"Five years ago, Kyle went to urgent care because he was very short of breath, thought he had an upper-respiratory infection," said Amy Peterson, his sister-in-law. "They did a chest X-ray, and the doctor diagnosed that it wasn't a respiratory infection, there was something wrong. And so, slowly over the past five years, Kyle has lost his ability to take a full breath."

Since his surgery, he will have to live in Ohio for at least six months while he recovers.

There is a GoFundMe account if you wante to help. It's called "Kyle's Second Wind."