In addition to Wednesday's event, the SPCA will also honor Mary Alloy in its annual Paws in the Park event, which will be held August 28 through September 25. 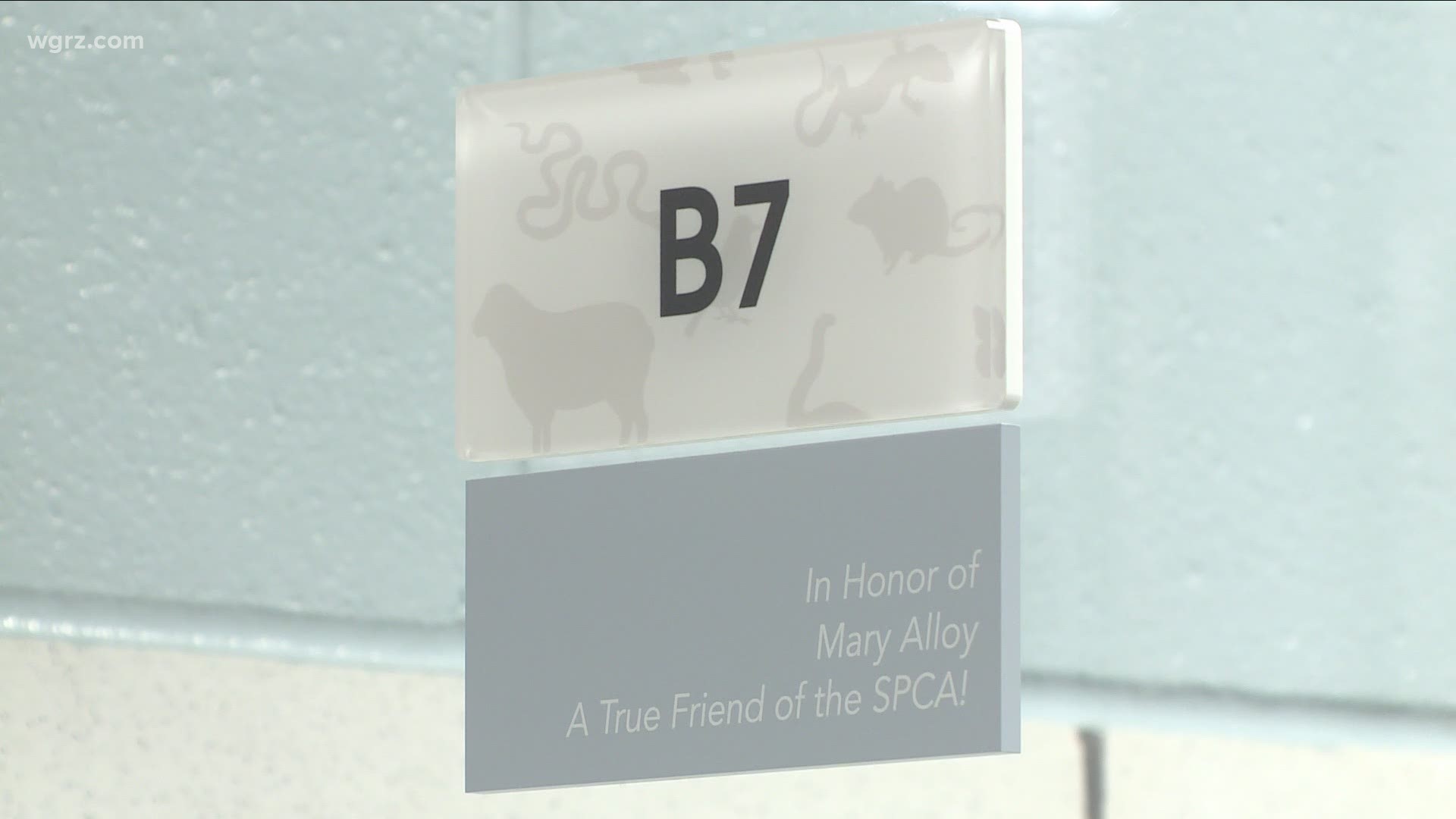 WEST SENECA, N.Y. — A beloved friend of the SPCA Serving Erie County was honored on Wednesday.

2 On Your Side has told you about Mary Alloy before. She is the owner of the Just Pizza on Niagara Falls Boulevard in Amherst, and she is battling a rare form of cancer.

But through it all, she spends a huge chunk of her time helping out the SPCA, and on Wednesday, it celebrated Mary Alloy Day at the SPCA.

Officials unveiled a kennel that is named in her honor. It is kennel B-7, for her birthday on the seventh.

Alloy has been helping for several years now, and she loves being able to provide for the animals.

The SPCA Serving Erie County will also honor Alloy in its annual Paws in the Park event, which will be from August 28 through September 25.

For more information on that.. head to the SPCA serving Erie County's website.